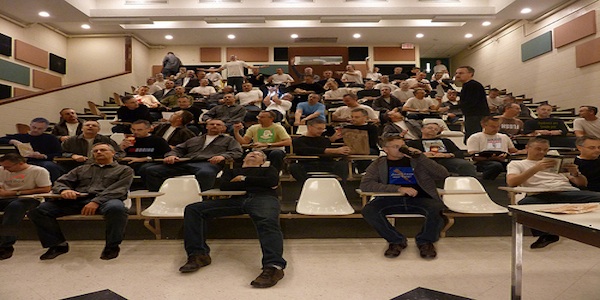 The Social Media Classroom, a browser-based, free and open source environment for teaching and learning, grew directly out of the first minutes I stepped into a physical classroom and began to realize that I needed to readjust my assumptions about students, classrooms, and educational media. Five years ago, when I began to teach at Stanford and UC Berkeley, two places where I had expected web-based media to have permeated the classrooms, I was surprised to see blank looks on so many faces when I announced that students should start their personal blogging and wiki collaborations. In every class at both institutions, I’ve encountered and learned from students who know more than I do about media skills. My assumption-questioning was triggered by those students who stared at me as if I was speaking to them in a Martian dialect. What was the problem? They were looking at their laptops as I was talking to them–those who weren’t glancing at their telephones. They were digital natives, weren’t they?

I had assumed that all the laptop-staring, smartphone-glancing students were like my daughter (a college student when I started teaching) and all her friends and the other digital natives I had heard so much about. So I put together an online survey and discovered a wide disparity in my students’ web skills. Just because they Facebook, text, or participate in online games doesn’t mean that all young people understand rhetorics of blogging or collaborative uses of wikis or building personal learning networks with Twitter.

I had also assumed that more than a few teachers were using web media as an integral part of their curriculum. Again, I was puzzled to find so few of my peers using social media. So I asked an expert on technological innovation and learning why these educational pillars of Silicon Valley were not also hotbeds of online pedagogical experimentation. He replied: “The slow pace of adoption is easy to explain. This is a knowledge factory. People are hired here to create knowledge about medicine or computer science or economics or philosophy. If their contract requires them to teach and they never show up for class, that would be a problem. But there are no institutional incentives for innovating in pedagogy.” That answer also helped explain why so many of the innovating educators I did discover were not at big name universities, but at community colleges, high schools, even elementary schools.

Because my courses involve the practice as well as theory of digital journalism and social media, I used a Socialtext wiki, an eCampus forum, and Drupal for blogging. At the end of the term, when I talked with the students about how to improve the course, a substantial number complained that I not only subjected them to new ways of learning (for one thing, they were accustomed to performing for the teacher rather than subjecting their work to the scrutiny of peers), and new media practices, but each new medium also came with its own login and user interface. So I learned how to lease my own server, install Drupal, and started putting forum, wiki, and blogging modules together. I’m generally willing to submit myself to torturous learning curves in pursuit of teaching tools, but the  process of configuring Drupal as a social multimedia tool required technical expertise beyond my own. So I applied for and was happy be one of the winners of the first HASTAC/MacArthur Foundation’s Digital Media and Learning Competition.

Much of my award went to a Drupal developer, Sam Rose, who I worked with to create a new forum module and to integrate wiki, blog, and social bookmarking tools along with the forum in a uniform user interface. The idea was to access each medium through a different colored tab on the same browser. In addition to the software, which is available for download or through a hosted service (award money paid for hosting through Spring, 2010 – we’re looking for a new sponsor for the future), I included lesson plans, resources on participatory media for educators, a video about the Social Media Classroom, a video about why forums are useful,  and other scaffolding for educators who want to use social media to teach about social media and other subjects.

In the process of using the SMC at both Berkeley and Stanford, and working closely with students about the new modes of learning that these media afford, the way the class is taught began to change. I use the passive voice in this instance because the way I teach was not all that changed – much of the pedagogy that emerged involved letting go of “teaching” and learning to be the “chief learner” of a collaborative learning community. I’m still in the early stages of learning, but according to my own feelings and the students’ evaluations, it seems to be working.

A couple of dozen educators around the world have downloaded and started using the SMC, a few dozen more use the hosted site. Masters students at the University of California, Berkeley, School of Information – where I teach part of the year – are further developing the SMC. Using it myself and communicating with others about it have taught me that further development will be useful in terms of ease of installation, ease of administration, and ease of youth–Drupal developers as well as educators are welcome at the SMC community of practice.