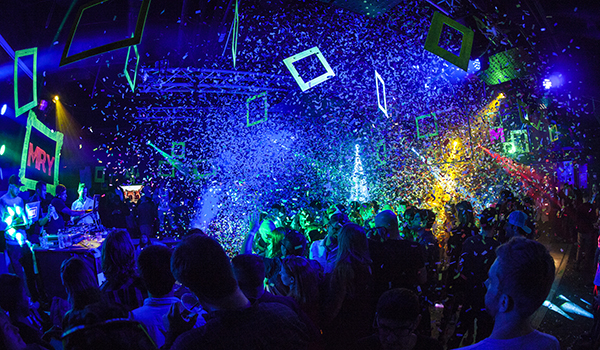 Tens of thousands from across the U.S. and around the world will settle in Austin this week to join in the big festival known as South by Southwest (SXSW). For two weeks, it’s a chance to see what is happening in the worlds of interactive, film, and music. By the time SXSW is over, 1,800 bands will have performed, 250 films will have screened, more than 4,000 talks will have taken place, and hundreds of events will have happened.  SXSW Interactive is a big playground and a place where new ideas are tested with one of the world’s largest congregations of tech enthusiasts and early adopters. In 2007, Twitter enjoyed a boost when many early social media adopters began playing with the platform during SXSW. A few years ago, geolocation-based apps like FourSquare also received a boost as many SXSW attendees used the platform to coordinate their movement and check-in with friends and colleagues. Last year, News Corp brought its new education-based tablet, Amplify, to SXSW. And, if you look at the lineups for the SXSW Music and Film talks, a number of panels and entrepreneurs are pitching new platforms and/or analytics to build or better understand our rapidly evolving media environment. Like other years, there will certainly be new ideas, products, and collaborations that emerge from the hustle and bustle associated with SXSW 2015.

In the shadows of the corporate showcasing of new platforms, partnerships, and media lies a truly compelling trend that may not get much notice at SXSW, the rise of social innovators and social enterprises. Across the U.S. and the world, the making of indie start-ups and tech innovators that are determined to leverage social, mobile, and digital platforms for social good is on the rise.  As a result, the innovation ethos is spreading and our creative economy may never be the same.

The social innovation sector is growing rapidly and promises to change not only the tech and innovation space, but also how we think about work, entrepreneurship, and civil society.  I’m not talking about NGOs and non-profits but rather entrepreneurs who are looking to tackle “wicked problems” through creative work, open innovation, and design-driven solutions. Some of this activity is being driven by millennials who are in the midst of cultivating interesting ideas and dispositions toward work, technology, and preferred lifestyle choices. Last year, my research team, the Digital Edge, began exploring some of the ways in which young people are navigating the new world of work and a burgeoning creative economy. As we began conducting field world, we were stuck by the making of an innovation ecosystem that is oriented toward mobilizing social and technological resources to create enterprises that focus on social innovation or the desire to create more equitable, ethical, and sustainable futures.

We generally hear about the innovation that is designed primarily for commercial purposes. Much of the popular press’s focus on millennials and entrepreneurship focuses on the aspirations associated with tech hubs like Silicon Valley, Seattle, or the rebirth of New York’s Silicon Alley. Rather than pursue financially rewarding careers on Wall Street, we are often told that the young, tech savvy, and college-educated are migrating to thriving tech hubs. The tech world feels like a gold rush and technology, or more precisely, smartphones, cloud computing, and the Internet connected world are the catalysts for this stampede. Writing about the ambitions of young engineers and programmers, Yiren Lu asserts that we are living in the age of the “rapid consumer-ification of  tech.” Most young tech talent, she asserts, care mostly about coming up with the next big app. The race is on to create the next Instagram or Snapchat. Like many others, Lu laments that while there may be gold in the hills of Silicon Valley, what many young people are longing to make might not be very meaningful. Lu asks: “Why do these smart, quantitatively trained engineers, who could help cure cancer or fix healthcare.org, want to work for a sexting app?”

It turns out that a growing number of young designers and innovators do want to make something more meaningful. They aspire to find work and build technology-enhanced solutions that have the potential for social impact. For these young people, the lure of creative work and innovation is not about the pursuit of status, sexy apps, or a lucrative exit. For a surging number of young people, their drive to engage in creative work, launch start-ups, or use technology to build better and smarter solutions illuminates what we might call the “civic-ification” rather than the “consumer-ification” of tech. That is to say, the goal is to create design-driven innovations that really can make a difference in the lives of communities. The phrase that we hear often in our fieldwork is a familiar one among millennials: “doing well, by doing good.” These young innovators are not opposed to economic success; in fact, they want it. Rather, their pursuit of economic success is influenced by the desire to also have social impact.

A 2014 report to the White House by The Council of Economic Advisors found that millennials, “are somewhat more likely than previous generations to report that they consider creativity to be a very important job factor.” This suggests that some millennials are less likely to be excited about jobs where they are simply told what to do compared to jobs that allow them to pursue more creative paths to problem solving. In addition to jobs that offer the opportunity for creativity, the Council of Economic Advisors reports that millennials also prefer jobs that allow them to make a positive social impact. More than half of the young adults surveyed by the Kauffman Foundation indicated that they wanted to start their own business.Whether it is small scale, marginal, or informal this wave of creative and economic activity among young people deserves greater attention and support from those managing the resources in our schools and cities.

What’s Driving the Spread of Innovation?

Several factors influence the turn toward entrepreneurship and innovation among millennials. For those who live in close proximity to metro areas with thriving innovation hubs and ecosystems, participating in small but ambitious start-up ventures is part of the social ethos. It is, put simply, what people do. Young people are attracted to cities like Austin because they perceive them as a place where they will find others looking to take risks, build new innovation ecosystems, and bring new ideas to the world. Technology, of course, is another factor. The rapid transformation in technology continues to lower the barrier of entry into the design of start-up enterprises. Advances in technology lower costs, rapidly improve the pace of iteration, and make it more possible than ever to scale a good idea. No factor, however, may be more important than the new world of work and the economic challenges that millennials face today.

It is widely known that individuals without a college degree face especially tough prospects for meaningful and sustainable employment. Today, only having a high school diploma relegates you to a lifetime of lower-wage, lower-status service occupations. But, college graduates are also facing a tough employment climate. Despite the celebration of the creative economy and the rise of the creative class, so-called knowledge work is just as likely as other forms of employment to be influenced by the trend toward short-term, part-time, and flexible labor. If you look at historical trends, young workers are much more likely than any other segment to be unemployed or underemployed. The Great Recession deepened those trends and the impact is likely to endure. The Council of Economic Advisors write, “early economic conditions have large and lasting impacts on lifetime wages, particularly for college graduates.” The economic challenges millennials face will have significant implications for their future labor force outcomes.

It is not surprising then that young workers across the education spectrum are dissatisfied with their work experiences and employment prospects. A recent report by the Pew Research Center confirms this.

The report found some interesting trends among millennials regarding their views toward work. For example, among millennials with a bachelor’s degree or more education, only 53% say that they are “very satisfied” with their current job. Among millennials with either some college or a high school diploma, 36% and 37%, respectively, say that they are “very satisfied” with their current job. Most young people learn early in their transition to the workforce that they will spend a considerable portion of their young working lives moving from one job to the next. This constant uncertainty is leading to a generational ethos that is not simply open to taking risk, but in some respects, may not have much of a choice if they want to find work that is rewarding, socially and financially. The do-it-yourself ethos that is so prominent in their schooling, digital, and informal lives is becoming increasingly common in their career and professional lives.

Our new research is interested in studying what kinds of enterprises millennials are creating and the kinds of innovation ecosystems that are forming along the way.  Whereas millennials are perceived to be tethered to technology and anti-social, we see a generation that is figuring out how to leverage technology for social impact and opportunity. Technology for them is an invitation to kick start their own new economy. In the margins of our knowledge-driven economy, millennials are hacking their way to better futures, reimagining their relationship to work and the world, and redesigning the future of innovation. Additionally, our research seeks to understand who is best positioned to create their own pathways and opportunities and what kinds of resources are necessary to credibly start a new venture or participate in the tech-driven social sector.

Creativity and participation in the innovation economy has long been treated as the domain of the educated and the privileged. The Kauffman Foundation found that young Latinos and African Americans were especially motivated to start their own businesses. Despite these aspirations, however, the study found that only 5% of African Americans and 6% of Latinos currently owned a business. Many of our most creative cities are also some of our most segregated cities. The new lines of segregation are being drawn by class, income, and educational inequalities. Because Latino, Asian, immigrant, and African American youth represent a majority of the young children in the U.S., our schools and cities must help cultivate their desire to pursue more innovative pathways.

Our fieldwork suggests that the geography of innovation is changing in ways that are largely hidden from public view. A variety of factors — social, technological, and cultural — are driving the spread of innovation. A greater than ever before diversity of young people are cultivating the innovation ethos. Their pursuit of more creative work and social innovation has broad social, economic, and policy implications for how we think about the future of work, opportunity, and social mobility.