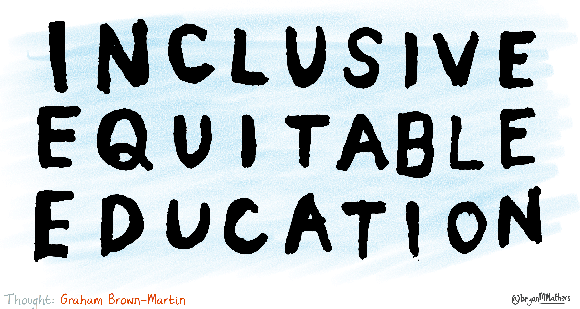 Meritocracy seems like an unassailable concept. Who could argue with a belief that the ‘brightest and the best’ should reach the highest levels in society? In a heavily class-conscious society (like England), meritocracy proves an extremely alluring way of looking at the world. The idea is so simple: we provide objective, universal tests and this avoids nepotism and entrenched privilege. Everyone, it is argued, has a path to the top.

Recently, the Conservative government in the UK made it known that they were considering allowing new grammar schools to be created. This proves a controversial topic, to say the least. While a few grammar schools still remain from the post-war period, most areas of England have a fully co-educational, comprehensive state school system, in one form or another.

The 11+ examination that served as the focus point of the tripartite system of education in England, Wales and Northern Ireland was abolished in 1976. As a Labour government was in power, this was aided, in part, by the word ‘meritocracy’ which had been introduced in a satirical essay by Michael Young in 1958. Young’s work imagined a dystopian, stratified, almost technocratic world in the year 2033 which was a result of the tripartite system.

The subsequent move to a comprehensive school system at the end of the 1970s was under the banner of a ‘grammar school education for all’. Segregation of students based on the 11+ examination was seen as a mistake and something to be avoided if we are to have a fairer, more just society. The Labour government’s approach was much more inclusive than the way ‘meritocracy’ was understood by those to the political Right: creaming off the ‘brightest and best’ to have privilege bestowed upon them.

The move by the current Conservative government to create new grammar schools is packaged in the language of ‘social mobility’. Bright but poor young boys and girls will be plucked from obscurity to join the ranks of the elite, leaving their less able peers to fend for themselves. Recent research shows that this a deeply flawed approach. In other words, even if you believe meritocracy to be a good way of creaming off the ‘brightest and best’, grammar schools are not a good way of achieving this end.

Building an education system around ‘meritocracy’ as it is commonly used post-Thatcher may be a function of those in power being so privileged that they are not in a position to see their own privilege. Those who have never witnessed people having to work three jobs to keep their family afloat may not understand why parents can’t do more to coach their children through an entrance examination.

Given that we’re unlikely to recapture the original meaning of the word, I’d like to see meritocracy consigned to the dustbin of history as an outdated approach to society. At a time in history when we seek to be inclusive, to recognise and celebrate diversity, the use of meritocratic practices seems reactionary and regressive. Meritocracy applies a one-size-fits-all, cookie-cutter approach that — no surprises here — just happens to privilege those already in positions of power.

We’re now at a stage where meritocratic approaches to society are baked into our education systems. And they’re not working, even on their own terms. Even if you approach education on instrumentalist terms — for example, as being all about life skills or ensuring young people end up in employment — it’s not working. Employers are increasingly turning to alternative methods of hiring and away from formal academic credentials. They recognise that there is a direct connection between affluence and performance in school.

A simplistic meritocratic approach to society and our education systems has failed. It’s time to stop ‘doubling-down’ on narrow education targets and results that privilege the few and, instead, embrace more holistic, open approach such as Connected Learning and microcredentialing.

As a parent with an embarrassment of almost-worthless degree certificates to my name, I owe it  to my children, and those everywhere, to help build a better, non-meritocratic system. Let’s raise all the boats in the harbour, rather than focus on those that are already shiny and seaworthy.

Image CC BY-ND Bryan Mathers. Thanks to Dai Barnes for comments on an early draft of this article.