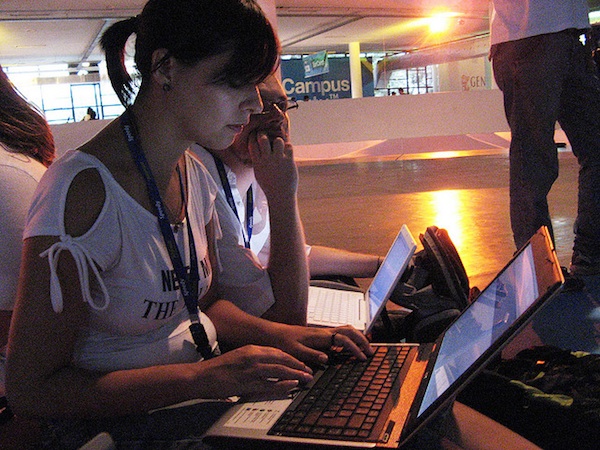 Orkut was the first major social networking service to arrive in Brazil and it has just passed the seven-year mark. Although several other social networking sites like Facebook and Twitter are growing in popularity, Orkut maintains a strong leadership position and it is still growing. It’s intriguing to explore how and why Orkut established such a strong foothold on the Internet in a country that didn’t have high Internet adoption rates when Orkut first arrived in January 2004.

As soon as Google launched Orkut, it spread rapidly among technology workers and students. People quickly became interested in the ability to connect to people they admired. Also, many of these early Brazilian users lived away from their hometowns and friends, some in order to attend college, some in order to work. Orkut allowed them to maintain their far-away connections.

Why Orkut and Why Brazil?

There are three major reasons why Orkut was widely and quickly embraced. First, Google’s reputation. Because Google was respected, early users were eager to try it. Second, most Brazilians had never tried a full service social networking service, they were curious about it, and Orkut was first on the scene. Also, the very early social connecting tools such as Internet Chat Relay, Fotolog, and blogs had done well in Brazil. Third, and perhaps most important, Orkut was invite-only. So, being on Orkut implied you were “well-connected” in the technology world and invites held a prestige factor.

As a tool, Orkut had a number of advantages. The interface was clean. It was easy to navigate and simple to find other people. Some of the unique features also were a strong lure. One was “rankings.” In Orkut, your friends would rate you, based on how sexy you were (hearts), how cool (ice cubes), and how trustworthy (smiles). Depending on your score, you could make it into the top ten of the entire Orkut user base rated as “coolest,” “sexiest,” and most “trustworthy.” Also, one could amass “fans.” These features incentivized users to invite their friends in order to find out what people “thought” about them. Competition also became an important element since users seemed to place value on making it into the overall top ten lists. Eventually, other types of competition would emerge: competition for number of friends, for largest communities, for the biggest number of scraps, etc.

How Was It Used?

In the beginning, Orkut also was primarily a place for interaction. Communities proved very popular; for example, there was “como ou não como” (similar to “hot or not”), where user profiles were evaluated in terms of sex appeal by the members of the community.

In just a matter of months, Brazil climbed into the top ten list of countries with the most Orkut users. This triggered another widely-embraced competition: to make Brazil the number one country in the world for Orkut. Users began making massive invites to more and more friends until Brazil reach the top in June 2004. Then, because of this milestone, Orkut began to appear in the news all over the country, creating greater awareness and desire to join. By 2005, Orkut was a cultural phenomenon in Brazil, and it became a motivation for many more people to start using the Internet, and to do so in more diverse ways.

Suely Fragoso, a researcher from Universidade Federal do Rio Grande do Sul (UFRGS) explains: “At this stage, Brazilian users had already fought and, at least in their point of view, won, a ‘conquering war’ to take hold of Orkut. The campaign involved several tactics, some of them far from gentle. For example, in the early days, invitations to join Orkut had been sold over the Internet.”

Fragoso: “Many interest groups in Portuguese were created and a large amount of previously existing groups and discussion were ‘invaded’ by users who refused to write in any language other than Portuguese, unless it was to interrupt conversations in English by swearing and distributing insults in that language. Brazilian aggressiveness demotivated Orkut users from other countries (mostly the U.S.) allowing for the intended symbolic ownership of the social network system.”

The Implications and the Challenges

Orkut’s allure has also played a key role in improving the digital divide in Brazil, helping to spread Internet usage among people who didn’t previously have a computer or weren’t interested in one.

Additionally, Orkut was pivotal in preparing the terrain for other social networking sites. Twitter and Facebook are the most important competition Orkut has.  However, while Facebook has between 8 million and 10 million visitors a month in the country and Twitter even less, Orkut has 36 million users.

At its seven-year anniversary, Orkut does face substantial new challenges in Brazil. First, Orkut has to deal with privacy concerns among its users without sacrificing its most important value (social browsing). Second, Facebook is attracting many of Orkut’s users because of games, new privacy protections, and popular groups. Third, Orkut must address negative views held by mainstream institutions and organizations. Its usage has been forbidden in numerous public Internet access points, schools, and government facilities. How Orkut deals with these issues will be pivotal for it and its tens of millions of users.

Author’s note and other readings: