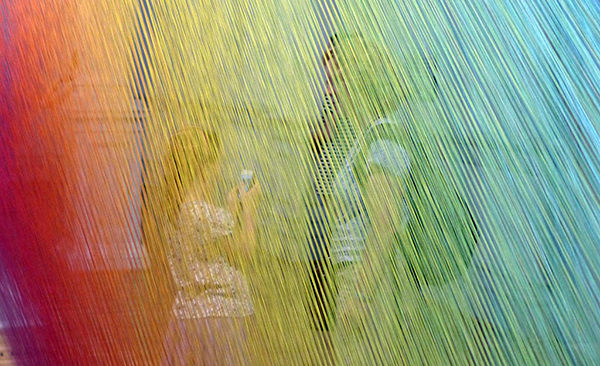 Last year, I was gob-smacked on a trip to D.C. by the temporary WONDER exhibit at the Renwick Gallery (and wrote about it here). Last fall, I was excited to see the Gallery release a mobile VR version of the now-closed exhibit. I reached out to Sara Snyder, the chief of the Media and Technology Office at the Smithsonian American Art Museum, to learn how and why it was developed. 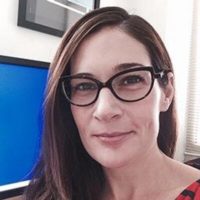 Sara, thank you for joining us today. Why don’t we start by introducing your museum (the Smithsonian American Art Museum) and your department (the Media and Technology Office).

When people think of the Smithsonian, they often think of the big museums on the mall, but the Smithsonian American Art Museum (SAAM) and its branch museum, the Renwick Gallery, belong to the “off-mall” contingent of Smithsonian destinations. SAAM shares a grand, historic building — the old Patent Office — with the National Portrait Gallery, in the Penn Quarter neighborhood. The Renwick Gallery, just under a mile away, is a fabulous little jewel of a building hidden on the stretch of Pennsylvania Avenue better known for another tourist destination, the White House.

In the Media and Technology Office (MTO), we manage SAAM and the Renwick’s websites, blog, and social media accounts, and we lead emerging media projects, such as our current experiments in VR. We produce all of the in-house video and live streams for the SAAM YouTube channel, and also provide day-to-day IT support for the museum’s staff. In addition, we oversee the Luce Foundation Center, an innovative visible storage space within SAAM. For a fairly small department, we Media and Technology staff wear a lot of hats!

For sure! To be frank, I’ve spent my life visiting museums in D.C. but had never heard of the Renwick. Then EVERYONE I knew told me your WONDER was the D.C. exhibit not to be missed. In fact, when I saw it last May, I visited it twice — once on my own, when I was in town for a conference, and then again that same week, once my family had joined me. I did NOT want them to miss it. For those who couldn’t make it, how do you even begin to describe what they missed? 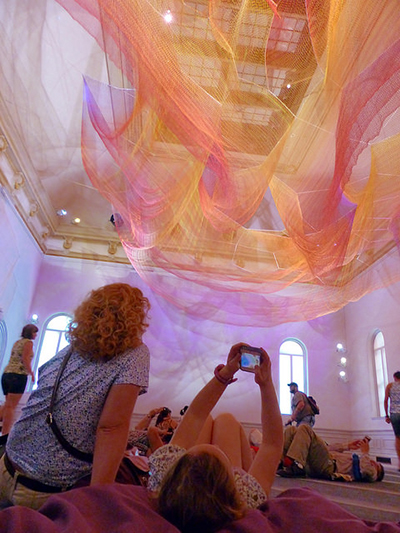 Ha, you are not alone! For many years, the Renwick was something of a hidden gem, a place known primarily to D.C. locals, or devotees of craft, but not, perhaps, on the top of a tourist’s “must-see” list. Then, in 2013, the museum building closed for a two-year renovation. While it was closed, then-curator Nicholas Bell conceived of the idea to invite contemporary American artists to completely take over the nine galleries in the building, an unprecedented opportunity for the Renwick to reinvent itself as a 21st-century destination for art lovers.

The result was the WONDER exhibition, a magical, immersive experience unlike anything people had ever seen. As Nicholas said in the introductory video, the artists took everyday objects that you wouldn’t necessarily expect to see in an art museum — tires, index cards, sticks, string — but, “pulled them together in such a way as to completely amaze you.”

It’s true. I was amazed.

As you experienced, the show had incredible word-of-mouth and social media exposure, which led to huge attendance figures. Visitors of every generation truly were overcome by a sense of wonder, and people came back (as you did), again and again.

So, let’s shift over to the virtual reality app, Renwick Gallery WONDER 360. Did you know from the beginning you’d be creating this app? How’d it come about?

We had no idea we’d end up creating the app! Our energy back in 2015 was focused on producing video content, launching a refreshed Renwick website, and on re-orienting our social media strategy toward Instagram. However, it was fortuitous that in 2015, VR hit the mainstream, and hardware and software for producing and publishing VR experiences became much more accessible and affordable than it had ever been before, putting it within reach for even a nonprofit art museum. We knew that WONDER was special, and we longed for a way to preserve the experience for posterity. That same year, MTO staffer Carlos Parada made some contacts with an innovative startup called InstaVR at the SXSW interactive conference, and with their help, we realized that we would be able to shoot, create, and publish Renwick Gallery WONDER 360 using our own equipment and staff, and without the huge budget that an outside contractor would have required.

Was the decision to make the images 360 photos versus a 360 film of the exhibit motivated more by aesthetics or technical constraints?

It was definitely because of technical, practical, and budgetary constraints. We would have loved to have done video capture…or even better, full 3D scanning and photogrammetry. But, that just wasn’t possible, given our resources and incredibly compressed timeframe. The full show was only up for six months, and the galleries were almost never empty, so we were limited to shooting before opening hours. I’m actually still amazed that we pulled it all off!

What have you learned from WONDER 360, both through producing it and seeing how visitors are using it, that will inform your future uses of the medium?

My takeaway from producing the app is really the same as my takeaway from seeing the success of the WONDER exhibition: content is everything. The app has such good reviews because the artworks represented within it are beautiful and astounding. I don’t want us to employ a new technology — now or in the future — just for technology’s sake. I want us to employ VR in the future because it is the right tool for the job, and because it enables our visitors to more fully enjoy and appreciate American art. This is something I want to hold onto as we enter our next phase with more robust, gaming-quality VR.

If you knew then what you know now, and if the decision to make the app had been part of the initial design of WONDER, how might the VR experience have been designed differently? And, how might it have been integrated into the experience of the exhibit itself (not just offered as a digital postcard, a virtual memento) in the way visitor’s photography was also incorporated?

Looking back, perhaps the VR app could have had more features, or contained more variety of photographic angles. And, if it had been available earlier, we certainly could have promoted it during the exhibition or in the galleries — something we did not have the time or budget to do. But, the app wasn’t intended to be, and never could have been, a substitute for the real life exhibition. The whole point of the show was to be present, and to have the emotional experience of being dwarfed by the scale and juxtaposition of materials in the physical installations.

The truth is, I actually sort of like the fact that there wasn’t obvious technology incorporated into most of the galleries (save what visitors carried in their own pockets) because it meant that the focus was on the experience of being present in a room with an amazing artwork and a bunch of strangers. Why look away from that gorgeous rainbow to tap on some kiosk or stare at a screen? We did incorporate social media into one screen in a central space, but I think that feature was only interesting because it was so organic and unfiltered, coming from the minds of other visitors.

WONDER was a show that people loved to experience together. VR isn’t social yet, so that specific technology just couldn’t deliver on the power of sharing the same way that Instagram could. Instagram let people show their friends what they were seeing, and it looked amazing, which is why it, not VR, was ultimately the defining technology for the WONDER show.