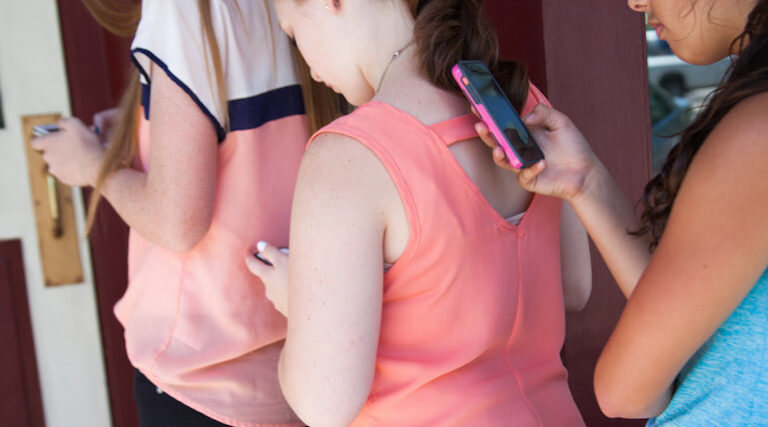 “This survey is the organization’s second report tracking social media use among American teenagers — the original report of the same name was published in 2012 — and offers a revealing look at teens’ social media use over the last six years and how much it has come to dominate their lives.”

Here are a few highlights for the Connected Learning Alliance.

The big finding is the big rise in social media use in tandem with smartphone adoption. 73% of teens report daily engagement, up from 51% in 2012. Social media goes beyond mundane day-to-day updates for a significant minority of teens. 33% say that they have “meaningful conversations” and 27% say that social media are “extremely” or “very” important avenues for creative expression. Importantly, the most social and emotionally vulnerable teens are more likely (37%) to value creative expression through social media.

A mere 3% difference in smartphone ownership divides higher and lower income teens. Before you conclude that the digital device divide has evaporated, consider these numbers. Lower income teens prefer Facebook to Snapchat, unlike higher income peers where Snapchat is #1. African American and Hispanic teens also lean a bit more towards Facebook than their white peers.  We’ve noted that when a peer group includes teens who don’t have access to unlimited data on a smartphone, Facebook and texting are the common denominators. This digital participation gap seems to be persisting.

74% of teens say that social media helps them be more aware of current events, which hasn’t changed much since the 2012 survey. On the question of hate speech online, there was an uptick in exposure to across the board, but particularly for racist content, with African-American teens most likely to report exposure.

Just as Distracted as Their Kids

We need to remember that it’s not just teens who have become avid users of social media, but older folks as well. When Common Sense surveyed parents, they found their level of media engagement was similar to their kids. A quarter of teens surveyed said their parents are addicted to digital devices, and a third wish their parents were less occupied with their screens.

Value the Creative and Social-Emotional Upsides, Especially for Vulnerable Teens

The survey suggests that connected educators and parents should value and leverage the creative, relational, and emotional upsides of social media while attending to pervasive problems such as distraction and hate speech.

In particular, we should pay particular attention to the experiences of vulnerable and marginalized teens to maximize the positives and minimize the negatives.

See the infographic, and download the full report from Common Sense.