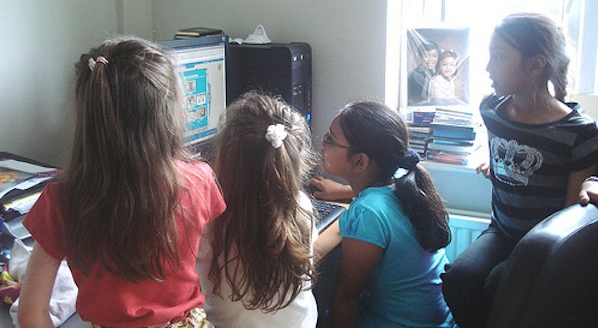 Internet access in Brazil has been growing. Data from IBOPE/Net Ratings from December 2009 showed that Brazil had 67.5 million Internet users, with 1.2 million new users just since September 2009. Accessing the Internet from work, schools, and home are all on the rise. This growth has also fed social media usage in Brazil. According to data from CGI (Comitê Gestor da Internet), for example, almost 67% of Internet users access social networking sites such as Orkut and almost 90% use Internet for everyday communication. Interestingly and disturbingly, the use of social media in education and learning is not increasing, because of lingering institutional prejudices against these sorts of social learning toolsAnd actually, while people in Brazil have become more interested in social media, the prejudice against the use of these tools in educational institutions has spread and is growing. Many teachers, administrators, and educators think these tools are “a waste of time and resources,” because they will lead students to be unproductive in class. Social learning tools are blocked or banned from most schools, universities, and educational institutions and, often, even from public Internet access points.

This results in a practice called “veiled censorship.” It is veiled because it is not recognized as censorship. Instead, it is accepted as necessary by parents, teachers, and often, even students. Some schools say this posture is the best way to maintain control of students and protect them from the “dangers” of the Internet. It is also, however, creating a wall – dividing students into two groups, those who can afford to pay for Internet access at home and take advantage of social media, and those students who can’t and must submit to bans in school and public places. It also creates difficulties for teachers who want to use social media tools in class and explore new  ways for students to learn.

Marco Bonito, a professor in an university in south Brazil, shared his experience in a survey we did. His classes are about digital technologies, and yet, he had a hard time negotiating for the use of social networking tools in his classes. “I had very positive experiences with blogs and Orkut in my classes,” he said. “Even so, the institutions where I worked decided to block the access to these tools.” Marco believes the fear of these tools is aggravated by the media’s tendency to sensationalize and spread fear by focusing on stories about the harmful uses of social media tools. It is easier for schools to simply block access to these tools than to discuss their advantages for education, Marco said.

One complication in Brazil is that computers and information technology remain expensive for most public and private institutions to buy and maintain, as is broadband Internet access. So there is substantial pressure for educational institutions to justify the expense and narrow the use for clearly defined educational purposes with more traditional educational platforms like Moodle. Consequently, Orkut (the most popular social networking site in the country), Youtube, Facebook, MySpace, Twitter and even many blogs are banned.

Claudemir Viana works with Educarede (all links in Portugese) in Brazil, an initiative that aims to create virtual learning communities for teachers and students in public schools. Despite the organization’s subject matter – exploring how teachers and students can leverage new communication technology for learning – the organization has experienced numerous bouts of website blockages. Claudemir’s frustration is common among the many teachers who share his belief that social media is a valuable tool for collaboration and learning. As an example, he points to a project, “Minha Terra” (My Land). The project involved a local school district in Sao Paulo that used Twitter (which was not yet blocked) for elementary age students and the local Secretary of Education to explore improvements for learning.

Felipe Rocha is another instructor who has had excellent experiences with blogs, YouTube, and other social media tools. He says that because students are familiar with these tools, the tools can increase their interest in learning and collaboration. “If the student prefers to navigate in Orkut, see pictures, or send messages to his colleagues instead of studying…why not make these tools a way to learn?” Felipe argues.

Igniting a movement against censorship and for learning

One powerful Brazilian example of how these tools can be used for learning is the case of Ubirajara Gomes da Silva, a beggar who, while living in the streets of Recife, used the money he received to pay for Internet access in a local cybercafe. While there, he used Orkut to gather material, tips, and study for a test for people seeking employment with government and public institutions. It is regarded as a difficult test, but Ubirajara scored high enough to rank 117th out of 19,000 applicants for a position as a clerk for the Bank of Brazil. His success has helped make the case for the potential of social media in education.

The discussion unfolding in Brazil is starting with the fundamentals: A) Is social media capable of being used for education? B) Is it fair to deprive students of their value based on the argument that they are not always productive?

As a promising postscript, Professor Bonito has since moved to a new university, which has reacted differently to his desire to incorporate social media into his courses. Unipampa, the university he is now working at, is “the first educational institution where I  have worked where everything is liberated.” Bonito and his colleagues at Unipampa demonstrated the practical advantages of social networking tools in class and were able to convince administrators that social media can indeed be valuable for education. While this is not yet the rule, it is a beginning. My colleagues and I across Brazil are hopeful  that showcasing examples of social media in learning can dramatically weaken the case for widespread censorship of these tools.