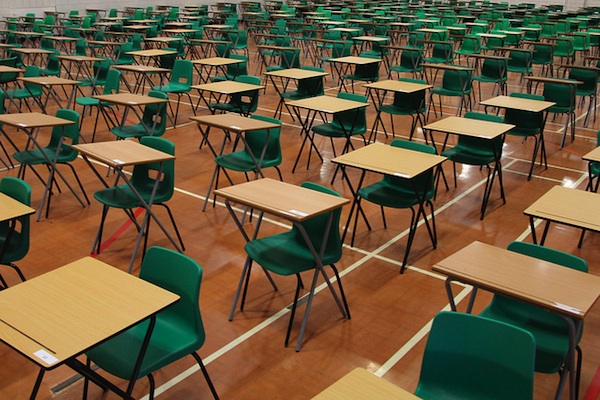 Recently Michael Gove, the English Secretary of State for Education, announced the Government’s plans to “restore rigour and confidence to our examination system with the introduction of English Baccalaureate Certificates in English, maths, the sciences, history, geography and languages.” Modular assessment with the opportunity for student retakes is out, three-hour final examinations are back in. The number of top grades that are awarded will be limited.

This approach is actually a toned-down version of Gove’s initial proposals which were leaked back in June. At the time both Prime Minister David Cameron and Deputy Prime Minister Nick Clegg disavowed any knowledge of the plans, with the latter stating that he was against  “anything that would lead to a two-tier system where children at quite a young age are somehow cast on the scrapheap.” The original system effectively sought to bring back the old-style O-levels for ‘more able’ students and CSEs for the ‘less able’. It also proposed abolishing the National Curriculum for secondary schools. This is now rather a moot point with more and more schools effectively forced into Charter school-like ‘Academy’ status. Academies do not have to follow the National Curriculum.

Gove’s proposed new system (still under consultation) would be introduced in September 2015 with the first new-style examinations taking place in 2017. Although promised ‘further announcements’ have not yet been forthcoming, the expectation is that the current marketplace for examination provision will be abolished with only one exam board provider per subject. Curiously, given the rhetoric in almost every other sphere of government (and educational policy) Gove has recognised that such competition leads to ‘malign effects’. As in the US, some private companies are making a lot of money through educational testing, attracting customers (i.e. schools) by finding ways to get more students to achieve higher grades.

What concerns me about Gove’s proposals is the assumption that rigour consists of a very particular method of assessing young people’s knowledge, understanding and skills. I say this as a former teacher and senior leader, as someone who is currently involved in education on a national and international level and, most importantly, a parent. The ability to sit still and concentrate for three hours on examination questions testing feats of memory does not sound to me like a 21st century skill. Which pieces of the complex puzzle of human knowledge, skills and understanding are not captured under such a system? I’d suggest many.

The first examinations under the new system are slated for 2017. When I was growing up, the year 2017 was a year only dreamed of in science fiction books: a time of flying cars, thought transfer and personal robotics. Yet it seems that if Gove has his way the only ‘thought transfer’ technology that will triumph in 2017 will be young people channeling memorised ‘facts’ through their pencils onto regulation-sized paper. Thankfully we have a general election before 2015 and enough time to think bigger — perhaps like our Scottish neighbours’ Curriculum for Excellence.

So what does constitute rigour in 21st-century education? Unfortunately we liberal educators have not done a good enough job in recent years of spelling this out. We have talked of young people requiring skills for jobs that don’t yet exist. We’ve talked vaguely of new literacies, of human flourishing, of the social and emotional aspects of learning, of the reality of the digital world and the need to equip young people to use technologies in meaningful, constructive ways. Meanwhile, reactionary conservative politicians have been elected into positions of power, promising to ‘restore confidence’ to the examination system and return to ‘traditional’ values. At times of economic uncertainty such ‘solid’ qualifications in knowledge and skills familiar to previous generations sound like they lead to jobs and success. But will they? I have more than a few doubts.

My challenge to us all, therefore, is this: what can we measure to communicate effectively the things we believe to be most important in education? What does count as ‘rigour’? And how might we assess that?