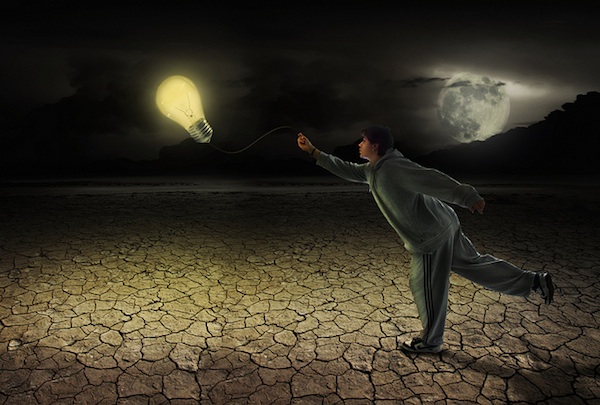 Lately, I’ve been thinking about what digital media can do to improve what we know about learning. And you know what I’ve decided? I think it is time that learning needs to be kickstarted (kickstarter.com) and I think we need Reddit (reddit.com) to help us out. These two wildly popular websites are currently used to guide production of films, music, clothing, and public opinion. I think we can wield these online tools to guide better understanding of learning.

But first, a little bit about what Kickstarter and Reddit actually do:

Over the summer I helped actualize the launch of a boardgame that focuses on social conflict and protest. I also encouraged one of my favorite musicians to release the long-awaited follow-up to his debut album more than a decade later. More excitingly, I helped my close friend produce a short film about the varied “Refugee Experience.” I did all of this in the most slacktivist of ways. With a few clicks from the comfort of my couch, Kickstarter – via help from Amazon – happily charged a specified amount to my credit card and sent the money to support the causes I intended. And though Kickstarter isn’t the only site that supports artists, musicians, designers, and entrepreneurs, it’s a site that works. It is likely that more money is being donated to the arts through Kickstarter than through funding from the NEA.

The site may not necessarily even be for “independent” artists anymore. A forthcoming videogame platform recently raised more than $8.5 million through Kickstarter. Musician Amanda Palmer recently caused controversy when she successfully kickstarted her new album to the tune of $1.2 million dollars and then asked for musicians to act as her backing band on her tour for free. Though these examples raise important questions of what counts on Kickstarter, the fact remains that this site is effective in driving individuals’ dollars towards projects they want to see actualized.

Reddit, on the other hand, isn’t about taking your money and putting it in the hands of the starving artist down the street. Instead, Reddit–as described on its about page – “is a place friendly to thought, relationships, arguments, and to those that wish to challenge those genres.” Running off of an open-source system, reddit readers, “redditors” vote on which issues or topics are most interesting. Simply put, the topics with the most votes rise to the topic of a discussion thread and those with the least votes sink to obscurity. It is a democratic system for sharing news, asking questions, and engaging in myriad topics with people across the globe. (There are even numerous education-related reddit pages — http://www.reddit.com/r/education).

I think the possibilities of Reddit and Kickstarter – when working in tandem – can change the way the general public perceives and participates in the research process. First, if research proposals and interests are submitted to a Reddit-like system, the public could vote on what research topics are of most pressing and salient need. The most popular topics could then be sparked by public dollars through something like Kickstarter. Though this is an idea about transforming the relationship between the public and higher education, it has roots within my high school classroom experience. Continuing to hear my urban students speak of not having a voice in public decisions, not seeing the “point” in voting, and not feeling like anyone was really advocating for their change I thought not only of the ways these students must be empowered to participate in civic life but also in ways they must influence educational research. If my high school students had opportunities to voice how research about South Central Los Angeles is conducted and what kinds of questions are being asked by and about them, I wonder if the process of developing research can be a transformative one.

Within academia, the quality of research is upheld (very slowly) through peer review. Before a grant is approved or a journal article published, a group of experts within a field look at the soundness of a researcher’s writing, proposal, methodology and findings. The scrutiny helps maintain rigor and relevance within a field. In its Digital Media and Learning Competition, the MacArthur Foundation asks applicants to undergo a public review process as well. Proposals that attract the most interest are not only improved by public comments but the amount of interest each proposal garners is a factor in the funding decision. In opening up the research process to the general public, research also gains public review. This is not to say one replaces the other, but that public voice, need, and interest work more closely with the perceived closed-system of academia. Looking at the fine print of what is allowed to be funded on Kickstarter leaves some ambiguity. Presently, any project submitted to Kickstarter must fit within one of 13 categories: Art, Comics, Dance, Design, Fashion, Film, Food, Games, Music, Photography, Publishing, Technology, and Theater. “Research” doesn’t comfortably fit, yet.

While I believe that, like teachers, researchers should be given the reigns to determine what they research, I think public voice would help guide these decisions. As excited as I am continue to pursue my own research interests I am also excited to hear from and work with the general public. Sure, grant funding, peer reviewed journals, and my tenure file should curb my proclivities to research how much candy I can eat during a weeklong binge, the civic development of watching marathon runs of Survivor, and the science behind “got yer nose.”

As I work at a land-grant institution funded significantly through tax dollars, why not open up my responsibilities to the will of the people? It could be a gigantic flop that represents the tragedy of the commons: maybe through viral campaigns I end up researching the physics of continuous bungee jumping or something else awful, but a part of me is optimistic about our collective will to eek out and rank up the research questions that are of most importance to the world. As it is, federal grants and private foundations often dictate the research that is proposed based on political trends and personal interests. If I reflect on the way the Gates Foundation, for instance, has informed my seven years in the classroom experience, I am surprised by how much a single organization has shaped my school and my district’s priorities: I began teaching just as the Foundation pushed for Small Learning Communities. However, as billions of dollars were funneled into this kind of reform, Bill Gates has acknowledged skepticism about the usefulness of his foundation’s funding.

There is an antecedent to all of this within the teaching community. Donors Choose (donorschoose.org) is an online program that allows teachers to submit grant proposals to the general public. A friend wanted to use the screenplay for Napoleon Dynamite with his middle school students to help teach writing. Within a few months enough individuals had donated money to fund this goal and a box of books was shipped to the heart of Los Angeles. The system holds teachers accountable as well: the website is full of thank you notes and photos from classrooms utilizing rich materials provided by Donors Choose. During my third year of teaching, I had gotten a class set of Dantes Inferno sent to my classroom. This particular edition was especially useful because the modern translation and the illustrations depicting hell as a decrepit Los Angeles landscape were ideal for helping my students understand the text. And while the unit went great and my students loved the books provided by Donors Choose, I … I kinda lost the disposable camera that the organization sent along with the books. And then I kinda forgot to replace it and I, thus, kinda forgot to send back the feedback and evaluation forms that went along with my the free books donated to the classroom. I was then kinda banned from using Donors Choose again. But that’s probably for the best – the system, in order to function, requires accountability, much in the same way one would expect researchers to responsibly share out findings to the public.

The Limitations of Crowdsourcing

As interested as I am in allowing public voice to help guide the research priorities of today’s academic labor force, I am also cautious that such steps, if left unhindered, can be subject to political rancor and trolling just as much as any online forum or comments section on an article. I do think that it is important for researchers to carve out spaces of personal interest for exploration. That important research is conducted when researchers get hunches and develop a study to pursue them.

There are a plethora of digital tools, networks, and sites that are floating online for educators and researchers to latch on to. And while I often see new systems emerging, I am always wary of simply adapting something that works so that it is now … “for education.” In my classroom, my students and I used a Facebook group to discuss our AP Literature work. We didn’t need to use an educational-adapted version of Facebook because Facebook worked fine on its own. A cursory Google search suggests there are fledgling sites that act like Kickstarter for research. I wonder how much energy we end up investing in attracting audiences to these system rather than utilize that which is already being seen and discussed widely. Considering the vast amount of funding that has gone through Kickstarter in the past couple of years and considering that Reddit recently hosted an “Ask Me Anything” discussion with President Barack Obama, these seem like useful platforms for researchers to begin utilizing.

I realize there are several challenges to actualizing the educational research Reddit-Kickstarter system. For one, with millions of dollars in funding already being channeled into research, why should individuals need to cough up their own, hard-earned dollars for even more of it? And how do we make sure that the research topics most popular in a reddit-like system are then taken up by the most qualified of researchers? Of course, such a system is an idealized vision of how to make the research process more democratic in nature. As we continue to develop research strategies, this post serves as a hopeful reminder that all of us be more inclusive of the many students continually discussed but not participating in educational research today.