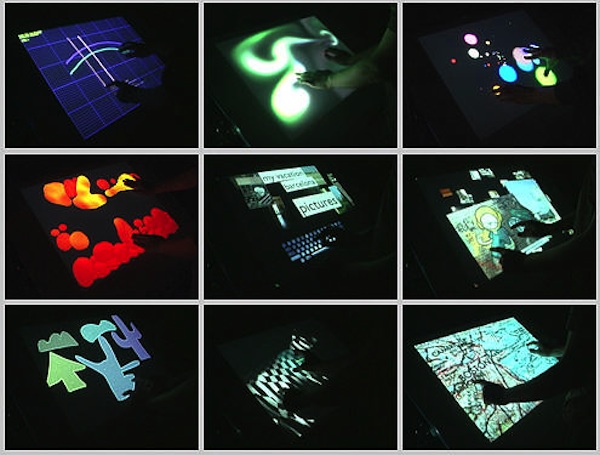 Media and literary theorists have argued for some time that reading is an inherently interactive process. To give only one example, the history of reading is mostly a history of bodily performance: reading to an audience or group, or reading out loud to oneself. It was only in the Middle Ages that reading silently to oneself became an accepted norm in the west. Since that time, reading out loud has continued to be a popular practice, and much writing, like poetry, is specifically designed to take advantage of this form of interaction. This can be seen in writing that emphasizes literary effects like alliteration that are particularly evident when spoken aloud.

As our reading has become increasingly digital, opportunities for interaction have increased. Traditional forms of interacting with a text, such as note taking, have become social, networked practices, while entirely new practices are emerging. While readers have always been able to read a text in whatever order they choose, the hypertext nature of electronic reading has opened up new possibilities for non-linear storytelling, giving readers opportunities to find multiple paths through a text or other media. With the increasing use of mobile devices in the U.S., it has become possible to create books and other media that are such as location-aware, changing their behavior based on where the reader is.

Given all this, what does writing for interaction look like? That is, how can writers take advantage of the forms of interaction made possible by digital technologies?

Writing for interaction resists closure. I don’t mean this in the sense that interactive writing does not contain narrative arcs or arrive at specific conclusions. Rather, writing for interaction opens possibilities for new stories or layers of interaction beyond a singular narrative. It is an invitation to continue a conversation about a topic. While such writing may have a strong point of view, its purpose is to allow for multiple responses to the text, for readers to arrive at conclusions or catharsis through the process of reading suggested by the text. This type of writing could take multiple forms. On the Web it is typified by the feedback loops of blog comments. In ebooks and videogames, it can take the form of social networks that expand on character or facilitate discussion.

Writing for interaction surrenders control. Following on the last point, authors should expect readers to make or create something new with their writing. This could take the form of a text that alters with the reader’s movement in space, or allows for remix or reader responses. This process doesn’t mean that authors should surrender their work to others in all cases. Instead, they should recognize that writing exists in an environment of making and sharing, and they should encourage this when appropriate.

One final note. The Web tends to generate an unpleasant form of this interaction, writing that is specifically intended to generate emotions like anger or outrage, because such reactions fuel the kind of viral response that the Web monetizes particularly well. The goal of writing for interaction is creating a productive experience for readers, not simply antagonizing them. While our term for this behavior—trolling—is new, the behavior itself is old, existing for as long as it has been profitable to incite an audience. This is where educators can play a key role in the emergence of digital, interactive writing; namely, by teaching students how to write in these environments in an ethical manner.