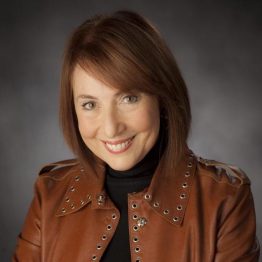 Cathy served from 1998 until 2006 as the first Vice Provost for Interdisciplinary Studies at Duke University, where she worked with faculty to help create many programs, including the Center for Cognitive Neuroscience and the program in Information Science + Information Studies (ISIS). Along with David Theo Goldberg and fifteen scholars from many fields, in 2002 she co-founded Humanities, Arts, Science, and Technology Advanced Collaboratory, HASTAC (“haystack”), a network of innovators dedicated to new forms of learning for the digital age. With Goldberg and HASTAC teams at UCHRI and Duke, she co-directs the $2 million annual HASTAC/John D. and Catherine T. MacArthur Foundation Digital Media and Learning Competitions.

At Duke University, Cathy holds two distinguished chairs, Ruth F. DeVarney Professor of English and the John Hope Franklin Humanities Institute Professor of Interdisciplinary Studies. She has published more than twenty books, including Revolution and the Word: The Rise of the Novel in America; Closing: The Life and Death of an American Factory (with photographer Bill Bamberger); and The Future of Thinking: Learning Institutions in a Digital Age (with David Theo Goldberg). She blogs regularly on new media, learning, and innovation on the www.hastac.org website as “Cat in the Stack” as well as on dmlcentral.net and PsychologyToday.com. Her most recent book, Now You See It: How Technology and Brain Science Will Transform Schools and Business for the 21st Century, is now available in paperback. Her author blog, including the schedule of upcoming appearances on her extended book tour, is at www.nowyouseeit.net. In December 2010, President Obama nominated her to the National Council on the Humanities. You can follow her on Twitter at @CathyNDavidson.

Here’s the punchline: The humanities in the U.S. are in crisis for the same reason that STEM is in crisis – not because of STEM (Science, Technology, Engineering, Mathematics).  And vice versa. ...

Ann Pendleton-Jullian, the architect and educational redesigner, notes that:  “Design has the capacity to shape contexts as frames for things to happen.”  My excitement at being part of the connected learning movement...

Why We Need Badges Now: A Bibliography of Resources in Historical Perspective

It was something over a year ago when we first began talking about badges as a powerful new tool for identifying and validating the rich array of people’s skills, knowledge, accomplishments, and...

How and Why to Make Your Digital Publications Matter

I don’t have the metrics, but I’ll stake my professional reputation on the following  statement:  In the last one or two years, there has been a seachange in how even the most...

A Collaborative Guide to Best Digital Learning Practices for K-12

Below you will find a collaboratively written document produced in Bangkok, Thailand, at the March 28-31 teacher’s meeting of EARCOS, the East Asia Regional Council of Schools.  EARCOS is an organization of...

The Ethics and Responsibilities of the 21st Century Classroom: Part One

Can Badging Be the Zipcar of Testing and Assessment?

I’m excited that next week the judges will be listening to the “pitches” and then determining the winners of the Badges for Lifelong Learning Competition.  Immediately after, will be the opening of...

Why We Need a 4th R: Reading, wRiting, aRithmetic, algoRithms

When Frederick J. Kelly invented the Kansas Silent Reading Test, now known as the “multiple-choice test” or the “bubble test,” he was looking for an efficient way to pass students through the...

No Child Left Behind: The Economic Motive of National Education Policy

I’ve often thought about how our national educational policy of No Child Left Behind, passed in 2002, reinforces and connects to the increasing income disparity in the United States.  Some of the...