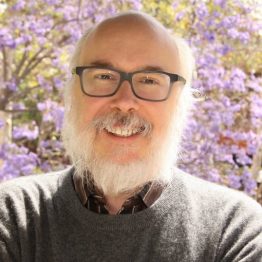 Henry joins the University of Southern California from the Massachusetts Institute of Technology, where he was Peter de Florez Professor in the Humanities. He directed MIT’s Comparative Media Studies graduate degree program from 1993-2009, setting an innovative research agenda during a time of fundamental change in communication, journalism and entertainment.

As one of the first media scholars to chart the changing role of the audience in an environment of increasingly pervasive digital content, Jenkins has been at the forefront of understanding the effects of participatory media on society, politics and culture. His research gives key insights to the success of social-networking Web sites, networked computer games, online fan communities and other advocacy organizations, and emerging news media outlets.

Jenkins is recognized as a leading thinker in the effort to redefine the role of journalism in the digital age. Through parallels drawn between the consumption of pop culture and the processing of news information, he and his fellow researchers have identified new methods to encourage citizen engagement. Jenkins launched the Center for Future Civic Media at MIT to further explore these parallels.

Jenkins has also played a central role in demonstrating the importance of new media technologies in educational settings. At MIT, he led a consortium of educators and business leaders promoting the educational benefits of computer games, and oversaw a research group working to help teach 21st century literacy skills to high school students through documentary videos. He also has worked closely with the John D. and Catherine T. MacArthur Foundation to shape a media literacy program designed to explore the effects of participatory media on young people, and reveal potential new pathways for education through emerging digital media.

His most recent book, Convergence Culture: Where Old and New Media Collide, is recognized as a hallmark of recent research on the subject of transmedia storytelling. His other published works reflect the wide range of his research interests, touching on democracy and new media, the “wow factor” of popular culture, science-fiction fan communities and the early history of film comedy.

Confronting the Challenges of Participatory Culture

By Any Media Necessary: The New Activism of American Youth

Stepping in front of over 800,000 people gathered at the March for Our Lives in Washington D.C. (and many more watching via live-stream and on cable news networks), Emma González stood fearlessly...

Do We Still Believe Networked Youth Can Change the World?: A Special Issue

A special issue of the bilingual (Spanish-English) journal, Working Papers on Culture, Education, and Human Development, dropped recently, sharing three essays on the theme of “Do We Still Believe Networked Youth Can...

Nabela Noor, a young American Muslim Youtube personality, was born of Bangladeshi parents and had developed a large following based on her make-up tutorials and fashion advice. Frustrated by what she saw...

Earlier this year, we issued a call for proposals for panels and presentations for the first Digital Media and Learning Conference, an annual event supported by the MacArthur Foundation and organized by...