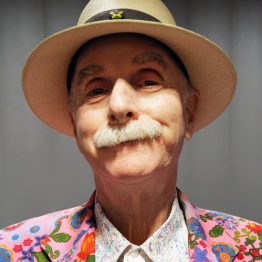 Howard’s 2002 book, Smart Mobs, was acclaimed as a prescient forecast of the always-on era. The weblog associated with the book has become one of the top 200 of the 8 million blogs tracked by Technorati, and won Utne Magazine’s Independent Press Award in 2003.

He teaches Participatory Media/Collective Action at UC Berkeley’s School of Information, Digital Journalism and VirtualCommunity/Social Media at Stanford University. He is a non-resident Fellow of the Annenberg School for Communication, and a visiting Professor at the Institute of Creative Technologies, De Montfort University in Leicester, UK.

In 2008, Howard was a winner in the MacArthur Foundation’s Digital Media and Learning competition and he used his award to work with a developer to create a free and open source social media classroom. He has a very popular videoblog that covers a range of subjects.

Turning Bullies Into Leaders Through Writing

When their writing is read and praised by others, “bullies become class leaders — they want attention, acknowledgement, appreciation. In this case, appreciation of creative risk.” Journalist-turned educator Geoffrey Gevalt is speaking...

The Power of Digital Writing and Connected Learning

“Sharing power in a system rooted in not sharing power is a pretty tough go,” was the first thing Terry Elliott said when I asked him about his longstanding work in student...

The Importance of Connected Learning Leadership

At the beginning of our conversation, Emily Vickery cautioned: “I can’t talk about being a connected educator without talking about teacher leadership.” In addition to teaching English at Pensacola (Florida) Catholic High...

I’m no longer surprised when new media trends turn out to be rooted in decades-old practices. Netprov — networked, improvised storytelling in available media — is a “new” media form that actually goes back...

Practicing the Principles of Connected Learning

I’ve met and profiled active contributors for years, but Kevin Hodgson has to be one of the most active co-learners I’ve encountered. He was part of my Twitter personal learning network, but...

I knew that I had to talk with Shelly Sanchez Terrell again when I learned through the tweetvine that she had a new book out about mobile learning (Learning to Go: Lesson...

Kacey Potter, 8th grade English teacher in Rice Virginia, has earned more than $150,000 over the past five years by selling her curriculum to other teachers via Teachers Pay Teachers — lesson...

A Conversation About Screen Time

I raised a millennial who is now in her 30s. We dealt with the fact that she did her homework while engaging in multiple instant-message conversations and watching television in the background....