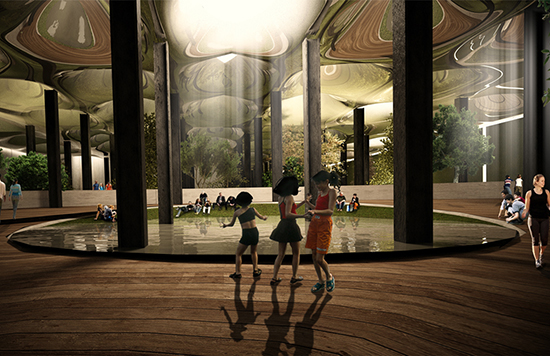 Under Delancey Street is the one-acre former Williamsburg Bridge Trolley terminal, opened in 1908 and closed in 1948 when trolley service was discontinued. After sixty years of benign neglect, many original assets remain, including cobblestones and vaulted ceilings. It is also adjacent to the Essex Street subway stop, raising the possibility of interactions between site visitors and subway riders. And the project website notes that “this hidden historic site is located in one of the least green areas of New York – presenting a unique opportunity to reclaim unused space for public good.” 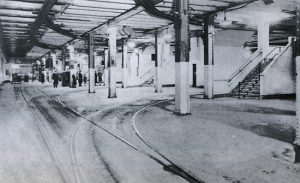 James Ramsey, a former NASA engineer and owner of an architecture firm, co-founded the project with Dan Barasch. Barash had been working on bringing more art into the underground and making it more inspiring to New Yorkers who spend so many waking hours down there. Barasch presented a popular TED talk about the project, which was launched as a Kickstarter project in 2012.

Reclaiming an abandoned underground terminal as a “green” public space begs the question of how to grow greenery underground. The proposed solution involves technology, but not primarily digital media – sunlight will be brought in and distributed through the “underground park” through a combination of reflectors and optics. The plan is to channel enough light to grow plants and trees. I spoke with Robyn Shapiro, the project’s Director of Community, about how the project involves educational outreach and networking. Specifically, I asked her about the project’s “young designers program.” 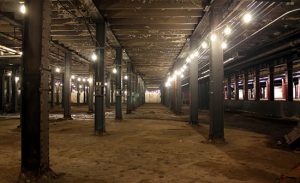 “We’re committed to an inclusive community process, so one of the first things the Lowline Project did was to involve the youngest students in the area,” said Shapiro. According to Shapiro, parents and educators have provided positive feedback. Although the program focuses on what will go into realizing the project, connections to school curriculum are natural: how to divide 60,000 square feet, or how much cubic area would a roller coaster require? “A lot of the math required is lighter math, but it’s practical and directly related to something students see as fun, like planning a roller coaster,” said Shapiro. “We’ve heard from parents whose children’s math skills made sense to them in new ways.”

The project has worked with students from elementary to high school through talks in the schools, private guided tours of exhibits, and (twice), a complete thirteen week, full semester curriculum for middle school students.

In addition to schools, a key element in the project is the settlement houses on the Lower East Side of Manhattan that were originally set up more than a century ago to provide social services to new immigrants (literally to help them settle in the area) and which still provide services for otherwise underserved populations. Henry Street Settlement, University Settlement, and Educational Alliance are a few such local organizations. “What we do is a STEAM-based education,” according to Shapiro. “We try to capture all the aspects of STEAM but we focus on urban design and planning – starting by identifying what is and isn’t a public space. We look at both interior and exterior public spaces – a city market, the sidewalk, Penn Station, Central Park. On the Lower East Side, the sidewalk historically has been one of the key public spaces because they didn’t always have parks in the neighborhood. Then we talk about what makes a good or bad public space and what local needs are – as well as what they think they’d like to see.” 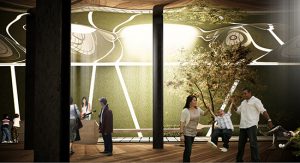 The Lowline Project brings students on a history tour of the area in partnership with the Lower East Side History Project. Then students are engaged in imagining and discussing design and social considerations – the millions of subway riders who transit through the adjacent station, the dangerous aboveground mix of pedestrians, motor vehicles, and bicycles. “We also try to talk to different stakeholders,” said Shapiro. “It’s great to get the youth perspective, but we encourage them to do surveys of their parents and other people who live in the community, whether it’s the shopkeeper whose shop is below their apartment, one of their favorite teachers or maybe a senior – there is a large ageing population in the Lower East side who, based on our conversations so far, have a real appreciation of this rich history.”

Once the students collect this information, they are encouraged to present it to their parents and teachers, which requires becoming able to articulate all the aspects of the project and to speak to their elders with clarity and a certain amount of confidence. In the young designers curriculum, after they do all this, they begin to build out a 3D scale model of what they want to see in the actual park, using low-tech materials like wood, clay, and paper. Some of the more fun and whimsical aspects brought up by students have surfaced in the models – like a candy apple stand, rainbow laser tag – as well as more practical examples such as well-designed trash cans. “We visited Bryant Park,” said Shapiro, “which is a stunning park in New York City now, but it wasn’t always – and there are nice trash cans there, which is where some of these students got that idea.” 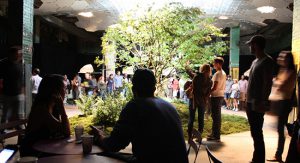 “Last semester we worked with six different organizations, each organization’s program ran on its own. In certain instances, we added in different elements. For instance, this year with Grand Street Settlement House, we piloted a workshop session with seniors because they have a lot of senior programming. Before they met with the seniors, the students went through different questions, such as ‘To feed your process, what would you want to ask someone who has lived in the neighborhood for a while? What might they know that you wouldn’t know? How do you think they would use a park differently than you?’” A set of interview questions were drafted and then two different seniors, both immigrants from Puerto Rico, were interviewed by the students. At the end of the young designers program, they hold a showcase of all the student work and have a ceremony for the students, their parents, and the community at large. Other student groups come through the space, take a tour, and do a more abbreviated workshop, building off what they see from the other students’ groups.

In regard to the technology for greening an underground space, a team of technology, landscape, and horticulture experts have been recruited to help design the educational playground for the next generation of young designers. The Lowline Project is planning to expand to tracks for elementary, middle, and high school students as well as expand the number of students who can take part. In addition to the more formal 13 week curriculum, the plan is to enable groups to book a time for a three hour workshop. “The science and technology learning is only going to increase,” said Shapiro. “Students are learning along with us. We’re solving many of the problems involved in making our plans into reality, and we teach as quickly as we learn.”