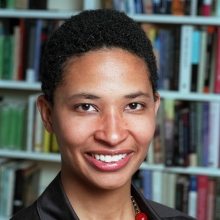 Danielle Allen is the Director at the Edmond J. Safra Center for Ethics, and is a Professor of Government on the Faculty of Arts and Sciences at Harvard University.  She is a political theorist who has published broadly in democratic theory, political sociology, and the history of political thought. Widely known for her work on justice and citizenship in both ancient Athens and modern America, Allen is the author of The World of Prometheus: the Politics of Punishing in Democratic Athens (2000), Talking to Strangers: Anxieties of Citizenship since Brown vs. the Board of Education (2004), and Why Plato Wrote (2010). In 2002 she was awarded a MacArthur Fellowship for her ability to combine “the classicist’s careful attention to texts and language with the political theorist’s sophisticated and informed engagement.” Allen is currently working on books on the Declaration of Independence, citizenship in the digital age, and education and equality. She is Principal Investigator on the E-Publics project.

Youth, New Media, and the Rise of Participatory Politics