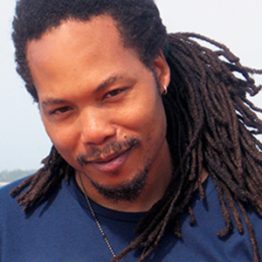 The late Mike Hawkins believed that “mentorship, at its core, is about love.”

That was how he helped change hundreds of young people’s lives. Known as Brother Mike, the inspiring Chicago-based poet, activist, digital media educator and mentor died Dec. 3, 2014. He was 38.

Born on Nov. 2, 1976, Hawkins graduated from Rich East High School in Park Forest, Ill., and studied at DePaul University. He loved poetry, music, photography, and most of all, empowering young people and adults alike to “turn moments into movements.”

Hawkins became one of the most noted mentors in Chicago’s youth media scene, fostering the potential of hundreds of youth through his work as coordinator of the YOUmedia Center at Harold Washington Library, a digital teen learning space sponsored by the John D. and Katherine T. MacArthur Foundation in partnership with Digital Youth Network and Chicago Public Library.

“Being a mentor is loving what you do enough to pass that knowledge onto the next person,” Hawkins said in a 2012 interview. “For [young people] to say, ‘Brother Mike is my mentor,’ it’s almost code for ‘father,’ ‘best friend’… somebody that’s gonna push you to your limits.”

Safe Space and Shared Interests: YOUmedia Chicago as a Laboratory for Connected Learning