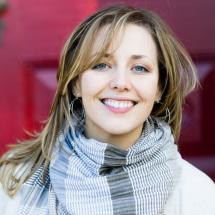 Pennsylvania high school English teacher Brianna Crowley’s path to becoming a connected educator started with a search for connection: “About five years ago, I started feeling restless. I felt as if there were educators in my building I would have loved to network, talk, and collaborate with, but we didn’t have time in our days to do it. I wanted to learn more and have more conversations, to be pushed to be a little more innovative, to have people hear my ideas and either validate them or improve them. So I started looking online, finding blogs and the people behind them. Through Bill Ferriter’s blog I found the Center for Teaching Quality.” That led to the Teacher Leader’s Network, an online forum, now The Center for Teaching Quality Collaboratory. Then Crowley started exploring Facebook, and eventually, Twitter. Crowley realized, then blogged about how becoming a connected educator saved her teaching career.

“I got on Twitter in 2012. At first, I saw Twitter as less advantageous than Facebook. I really didn’t get it. But when I watched people live-tweet during a conference, it was almost like looking around the room and seeing little thought bubbles pop up as the speaker was speaking. I could be in conversation with all these people in addition to being in this passive learning experience with this speaker. That’s what hooked me. I began to see how educators were connecting through hashtags and sharing out resources. Since then, it’s been a matter of learning how to use those networks more deeply.”

There are too many networks to use them all, Crowley discovered: “Some other people find that their Google+ communities are powerful and I had to recognize that I don’t have time in my day to visit every platform. So I’ve learned to recognize where I’m getting the most learning, challenge and growth…then be open to that changing. In two years, it might be something different, so I’m always checking how I’m interacting and how my communities are building.”

Crowley participates in Twitter chats, but none on a regular basis. “One that I like to pop in and out of that I find really helpful is #aplitchat. It’s small enough that I feel that I’m actually having conversations with individuals, but it’s large enough that I do feel a diversity of voices.” As an English teacher, Crowley also drops into #engchat, and like many others, checks out #edtech sometimes. Mostly, she follows people rather than hashtags, using hashtags to aggregate her own information about which people to follow, which other forums to check out. She also discovers communities that expand her horizons, such as #educolor – a discussion led by teachers of color who talk about how privilege affects education and how to support teachers of color: “I get a unique perspective on trending topics or news stories that I would not have had access to if I wasn’t connected with these people on Twitter.”

As a cultivator and tuner of her personal learning network, Crowley uses Twitter lists: “For instance, if I was going to try to run a blogging challenge for Pennsylvania teachers, I wanted to instantly have a curated list of Pennsylvania teachers I could contact. So any time I connect with a Pennsylvania teacher, I put them on that list. If I encounter an issue or topic local to our state or region, I know who to turn to.” Crowley also maintains a list of media outlets. Right now, she participates in the Center for Teaching Quality. “One of my biggest goals is to help teachers tell their stories directly to media instead of having non-teachers speak for us in the media.” So she maintains a list of Pennsylvania and national media. “If I want to elevate somebodys story or if I think there’s an issue that the media should be reporting on but don’t seem to know about, then I know who to tweet out to.”

Crowley teaches English in a public high school in Hershey, Pennsylvania, a small suburban school. She teaches the highest achievement track – honors – and also teaches the track where students are struggling and aren’t on track for college: “But I try to get them there before their senior year.” Crowley has a hybrid role – part of her job is as instructional technology coach, helping colleagues integrate technology into their classroom and their instruction. 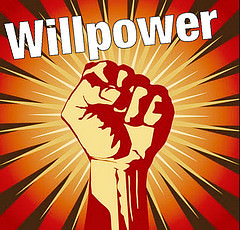 I asked Crowley specifically about what she had learned from her personal learning network (PLN). “One huge way my PLN as influenced my classroom is the culture that I’ve created. I think it’s very different than the culture I used to create. Every year, I try to make my classroom more and more constructivist, meaning for instance, when I plan a lesson, my very first step is always to ask my students what they already know about that and what they can teach me about that, before I assume to know what they need to learn. That was very different than my first three years. My first three years, it was all about Google +, how perfectly I could plan the lesson. ‘Here’s the standard, here’s what I want them to do.’ So I backtrack that, break it into bite-size pieces, slap some engagement strategies in there and then I execute. Obviously that’s a traditional model. I assume that I have the knowledge to impart to them. To some degree, I do. I have expertise and knowledge that they don’t yet have. But at the same time, if I involve them in that process from the beginning, not only will I be a better instructor. But I will model my classroom . . . you can actually see it behind me here. I have this poster that says “In this classroom, everyone is a teacher and everyone is a student.” Although I intellectually believed that for a long time, it takes years and years to understand what that does to your practice. I think my PLN has really helped me change that and shift that lens.” And of course Crowley shares what she learns through her own blog.

“Another aspect of classroom culture that I think has changed is that I tend to value the whole child a lot more now…I think that I’ve learned to make my classroom a place where my students, above all, feel safe. Above all, feel like their voice matters. Above all, feel like they can make mistakes. Above all, feel like I care about them and their lives outside of school.” For example, after returning from Winter break, Crowley adopted a project she found through her PLN – “one little word” derived from a hashtag, a word to remember during the year and guide their writing and learning, a word to “own and live with”. It was a way for students to practice setting an intention and recognizing that goal setting isn’t just about becoming a better writer. “It’s about whatever you as a person want to be involved in. I had them share their reactions with each other. It had little to do with my curriculum, but it had everything to do with us as people in that room together.” 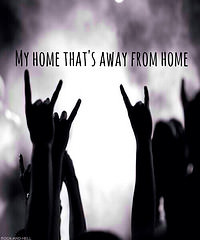 Crowley’s classes extend their learning beyond the classroom to Instagram, Facebook, Google +, and Twitter. “I have hopes that more parents will engage with us on these feeds next year–they are all linked, so content will be repeated across platforms.” Students use social media in their learning as actively as their teacher. First year students’ argument blogs were responded to by students in Texas. Juniors blogged “This I Believe” essays. After a visit from Dean Shareski, students overlaid six word stories over pictures that symbolized it. It was about visual symbolism and juxtaposing images and words, but “it was also a way for us to get to know each other and to share our stories in a way that matters and immediately have a voice.”

Crowley curates a Pinterset board where “whenever I find a compelling image, I’ll post it there. For instance, a month or two ago, there was a picture of a tree with a truck sitting way up in the branches, so I just said ‘Tell the story’ of this picture in five minutes.” We were all amazed by the different directions the students’ stories went. We recognized how different we all are and how looking at the same picture we came up with such different things in the same amount of time.”