Rikke Toft Nørgård, Assistant Professor at the Center for Teaching Development and Digital Media at Aarhus University in Denmark, practices something she calls “gelatinous pedagogy” in which she tries not to enforce a detailed curriculum from a fixed syllabus and rubric for all students but acts, in her words, “more like a jellyfish that’s adjusting to the students, rather than making the students adjust to my teaching.” Considering that her students are on their way to becoming teachers themselves or already teach, Nørgård’s emphasis on how and when not to teach is a radical reversal of most education curricula. She wants her students and her students’ students to learn how to find their own learning, even if they stumble their way toward objectives that teachers could more swiftly and surely point at directly. She also encourages students to make connections within and outside the boundaries of the classroom and school as well as across disciplinary boundaries: meaning-making and social network-weaving are intertwined.

“I’m connected across fields myself,” Nørgård told me. “I teach very different subjects: Educational Design to Educational Digital Design students, Gameplay Design and Digital Design and Computer games, and Web Communication. What these courses have in common is the way I try to make students make their own connections. I believe that we in education could benefit by thinking more than we do across contexts and outside institutional settings and trying to connect different learning contexts from different sorts of places with what we are doing in the classroom, whether the classroom is physical or online.” 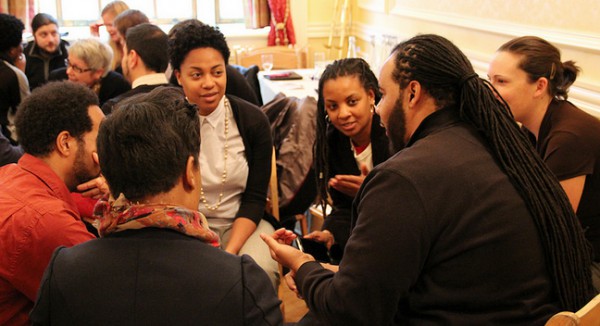 Nørgård takes her cue from participatory designers who challenge students to work around, tunnel through, and reframe constraints and limitations. “Design students especially should take matters into their own hands,” says Nørgård, “to interact, to experience, to take their own places and make their own places,” rather than trying to make everything they do perfectly contained within the clearly defined boundaries they expect their teachers to establish and enforce. “I work closely with students and continually invite them to cultivate their own participatory, open, academic communities that reach out of our course and into other online academic communities such as the Connected Learning community, for example, or interaction design communities.” Nørgård’s students reach out to each other and to communities outside their own through blogs and Prezis and YouTube videos, but also through physical conferences and through physical contexts such as schools, museums, schoolyards, and playgrounds. 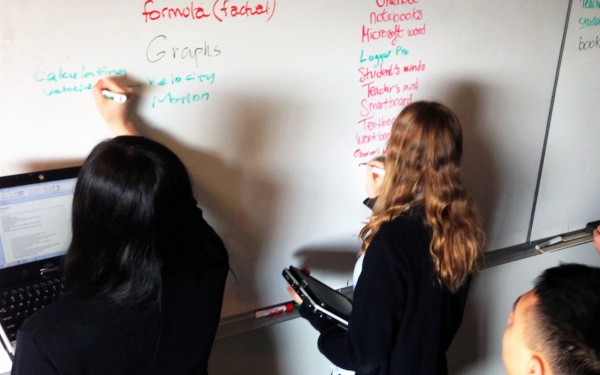 Nørgård told me about a seminar for educational design students where she loosely outlined the field and then the students sat down together to co-create a vision for what they thought would need to be changed in society or in an institution for bettering learning. When they were invited to build their own curriculum together, some of the students created a number of video blogs. They found texts online and then videoblogged about them and presented them to each other on a YouTube channel that they built, and also invited other researchers outside to watch the YouTube channel and comment. Then other students who followed the YouTube channels were inspired to comment or build upon what their fellow students had done. “So they ended up growing this interconnected web of YouTube channels and video blogs, almost like a continuous conversation of different voices offering different inputs into this conversation.”

Later in the course, students were challenged to argue for their own journey as connected learners, so they chose to make an autobiographical Prezi narrative together. Another learning activity was to pitch their design arguments “almost as a research music video in a one-minute format and in a vibrant way to tell stories about the ideal future learning environment they envisioned. Furthermore, when working together on their blog posts, some groups used different colors to distinguish their contributions to a collaborative Google Doc; other groups used black because “we don’t need an individual voice now that we’ve co-constructed this group voice. It was an epiphany for me as an educator to watch the students discuss and evolve their views of media such as YouTube, Prezi, and Google Docs as they used these tools to work together to produce projects.” 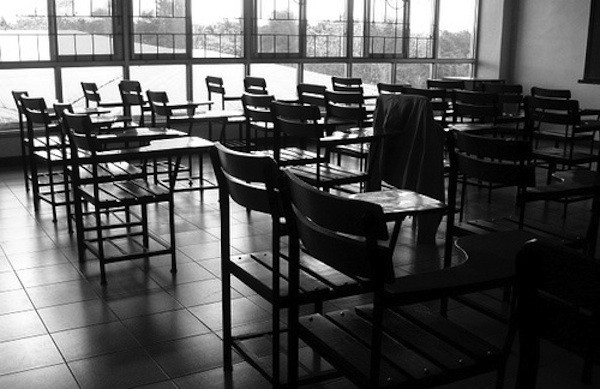 How did their views evolve? According to Nørgård, students “started moving toward seeing themselves more as co-designers who discussed, explored and designed using these technologies to create connected projects.” Every project group had its own blog where they published their projects and linked to other projects, creating a highly interconnected web of products that built on each other. “And this accumulation of media productions slowly turned into a process that connected them outward into other groups’ blogs and beyond to adjacent interests communities around; for example, Interaction Design and Children. “Rather than thinking of making apps to motivate children to learn math, or using YouTube to encourage children to read more, students started thinking ‘What invitations are inherent in the YouTube Format? What learning processes we engaged with YouTube can be used to invite learning? Can we make a YouTube channel and invite children to respond by making their own channels?'”

Nørgård’s students started out as traditional students who expected to listen, take notes, write papers, take tests, but “through their activities in the course, they became unbound by these institutional constraints. So, suddenly, the traditional setting of students and teacher corporeally together in the specific local institutional context became porous. They began to use affordances of digital media to break out of the course and the university and leak into society.” 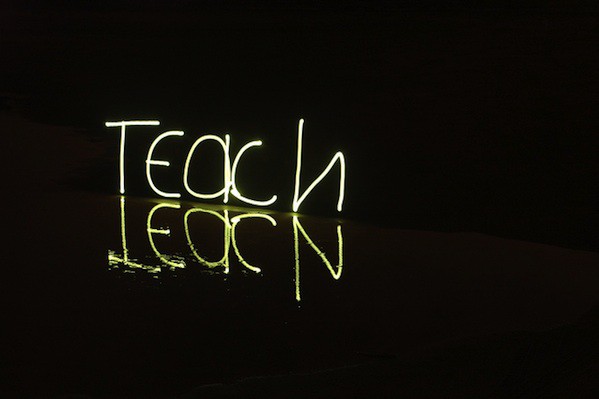 Some may regard one of Nørgård’s goals to be paradoxical: “If you can induce students to connect with each other, with online communities, with the outside world, they become unteachable. You can’t teach them any more in strictly traditional ways because they have started to see themselves not as consumers but as empowered constructors of their own curriculum, their own participatory communities, their own projects, vision, and thinking. You can’t educate them because they more and more seek to educate themselves.” In that regard, Nørgård adds that she spends a lot of time supervising, mentoring, or comforting students when they encounter obstacles.

Nørgård proudly points out that “the most transformative experience for students has been to go to two international conferences with their joint products and connect as real researchers with other researchers. One of the group’s video pitches, “Move ‘N’ Jump” by the group BOLS, was selected by the LEGO Foundation as the only one to be showcased at the Online pre-conference session for the international conference Interaction Design and Children (IDC2014). The video was selected from other videos submitted by renowned names in the field. The video can be seen at the IDC2014 site.

“Needless to say I was very proud – actually I cried a little – because it quite clearly showed that what I try to accomplish with the concept of ‘academic participatory communities’ actually works: students are quite capable of taking up the challenge of setting their own learning courses, making design and research that matters and have an impact and, thus, enter into academic communities as proud equals!”

Another thing that happened was the release of the ‘Growing Participatory Academic Communities 1’ booklet that contains the research papers produced by the students and presented at the FabLearn Conference in a special section where the students showcased their processes and products alongside real startup firms. One group is in conversation with different interested partners about putting their ‘school table for the future’ into production. Another group has been asked to come to schools to hold workshops about the educational digital fabrication processes they designed. Yet another group is talking with different well-regarded researchers about Ph.D applications and abstracts for journal articles.

One of the most important outcomes, says Nørgård, was the students’ experience of “Feeling that if they work really hard together – and this was only possible because they did it together – then they could have a voice in real communities outside our classroom that matter to them.”