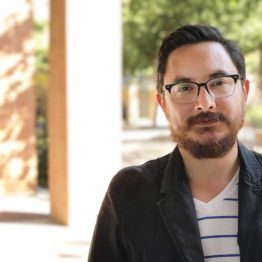 Alexander Cho is a University of California President’s Postdoctoral Fellow in the department of Informatics at the University of California, Irvine. He received a Ph.D. in media studies from the Department of Radio-TV-Film at the University of Texas at Austin, where he researched how LGBTQ youth of color use Tumblr to express themselves and their political viewpoints. Alex’s research interests include how young people use social media and their relationship with issues of race, gender, and emotion. As a cultural anthropologist, his research method is qualitative, immersive, and ethnographic. He is the author or co-author of chapters in the books Networked Affect (MIT Press 2015) and Inequity in the Technopolis (University of Texas Press 2012), and his essays have appeared in GLQ, FlowTV, and Ethnography Matters.

What Does Digital Civic Engagement Mean in the Era of COVID-19?

Is creating a TikTok video really an example of civic engagement? How about changing your Facebook profile image in service of a cause? Are young people really as disconnected from their civic...

As part of the Leveling Up: Parenting study, a project of the Connected Learning Research Network at the DML Research Hub, I and my fellow researchers wondered: How can we help interest-driven...