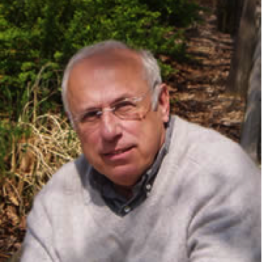 James Bosco Ed.D. is professor emeritus in educational studies at Western Michigan University in Kalamazoo. His teaching and publications have been focused on achieving radical school reform in K-12 schools. His career has involved working collaboratively with teachers, administrators, policy makers, and citizens in efforts to get past merely getting computers used in schools to using digital media as a catalyst for creating fresh and vibrant learning environments. He was responsible for creating the first U.S. online graduate training programs for school district technology directors at Western Michigan. In May, he will teach a course called “Learning With Video Games: Really?” that will involve taking student to visit sites in various U.S. cities where some of the most innovate work in video games for learning applications is being accomplished. He established and chaired the collaborative group of educational organizations that created the Technology Standards for School Administrators, a project that was adopted by the International Society for Technology in Education. Bosco served on and chaired the Board of the Consortium for School Networking (CoSN). He was the principal investigator for several grants from the MacArthur Foundation titled “Schools and Participatory Culture: Overcoming Organizational and Policy Barriers.” This work enabled him to get a deeper sense of the obstacles faced by school districts that are trying to take a new and better path as well as what they are doing to overcome the obstacles.

In April of 1985, the Coca-Cola Company announced it was changing the recipe that had been used for 99 years and would now produce a new and improved product. When New Coke came...