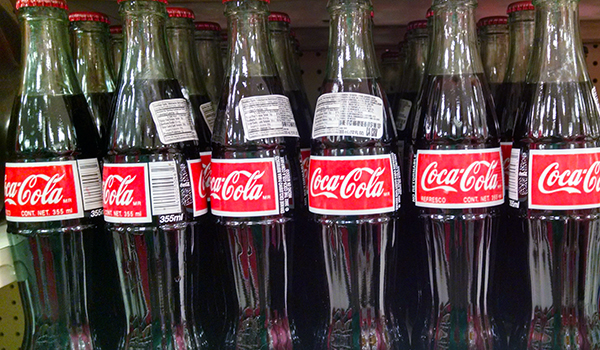 In April of 1985, the Coca-Cola Company announced it was changing the recipe that had been used for 99 years and would now produce a new and improved product. When New Coke came on the market, Coke was the No. 1 soft drink in the U.S. Nevertheless, the executives in Atlanta felt it was time to innovate and make a good product even better.

If the company was expecting plaudits, it was badly mistaken. New Coke was met with overwhelming opposition from Coke drinkers. Protests sprang up throughout the nation. People hoarded bottles of “old Coke” and at least in one instance, the hoard amounted to 900 bottles. In July of 1985, the Coca-Cola Company told the world that New Coke would no longer be marketed and “old” Coke (now renamed Classic Coke) would once again be sold.

“New and improved” are considered to be among the most powerful words in the marketing lexicon. Even so, as the Coca-Cola episode shows, bringing to the world a “new and improved” product or service may not always be met with acceptance. Coke customers told the company: “It was fine the way it was!”

There are people, myself among them, who believe that a major change in the nature and conduct of schooling should be a national priority. Yet, it is hard to dispel the notion that those of us who are calling for the transformation of public education are somewhat like the Coca-Cola executives convinced of what we believe, but rather unconvincing to many whose lives will be touched in a very significant way if what we are proposing becomes a reality.

Consider the fact that the 2014 Gallup poll of the attitudes of parents of children in public schools who reported that 67% of respondents gave the school their child attended a grade of A or B. It is remarkable to achieve such a high level of approval in a nation where breaking 20% approval for many other institutions and agencies in American society is uncommon. While parents express concerns about the schools such as overcrowding, use of drugs, fighting and violence, insufficient funding, and difficulty finding good teachers, there is little indication that parents are calling for a new version of schooling. Rather, they seem to want the schools they have with some improvements. My point in recalling the Coke debacle is not that we should cease and desist efforts to move from the 19th century version of schooling to a 21st century version; rather, I draw three morals from the Coke story as we continue efforts to get the schools our young people need and deserve.

First: The product line of Coca-Cola was transformed worldwide with an executive decision. It is quite clear that school transformation cannot be accomplished by federal or state mandate. Federal and state laws can obstruct or facilitate efforts to transform our public schools, but the important work in transforming schools can only be accomplished at the district level. Horace Mann, the secretary of the Massachusetts board of education played the key role in transforming schooling in Massachusetts by riding his horse from school to school in the state and meeting with parents and citizens rather than by sitting in his office in Boston issuing mandates. The history of state and federal school “reform” legislation makes it clear that it is illusory to expect a law that could open a new chapter in American public education. Even though the transformation of the nation’s public schools will have to occur district by district, those districts that are on a path to transformation do not have to go it alone. Networks comprised of thought leaders and school personnel at the national level such as Collective Shift and at the state level such as the Texas School Transformation Network are valuable means to provide information, experience, and support to teachers and administrators who share a commitment to transforming their schools.

Second: There was no ambiguity in what Coke was changing from to what it was changing to. Transforming schools is not at all like creating a recipe for a new soft drink. If, for example, we take the conception of transformed schools as provided by the MacArthur Connected Learning, we begin with a set of macro concepts that define the nature of the learning environment. At the implementation level, school personnel have many alternative and diverse practices and procedures to make those concepts operational in the learning environment. Transformed schools will not be mirror copies of one another. Indeed, reducing the effort to transform schools to following “the recipe” is likely to yield spiritless change that is more cosmetic than real.

Third: The Coca-Cola Company lost touch with their constituency. Parents and citizens do not generally spend a considerable portion of their time immersed in the literature on school transformation. They are likely to be skeptical of any change that would make their school look or be quite different than the schools they experienced as students. Rather than thinking of this as close-minded truculence, we should recognize that they are right to be leery about discarding the recipe for schools currently in use for a new recipe of uncertain benefits and consequences for their children. It is important for us to meet them on their ground and communicate with them as parents who should be vigilant about their child’s education. Having participated in many such conversations, I know this is a challenging task, but parents want what is best for their children and even if we enter the conversation at a different places, respectful and honest dialogue can enable us to reach, more often than not, the same destination.

The Coca-Cola story had a happy ending for their stockholders and customers. A far more important and complex story is being written with regard to the efforts to provide the education that will enable our young people to have a productive and satisfying life in a world of great challenge and opportunity. The Coca-Cola Company learned something from their experience with New Coke. Perhaps we can, too.