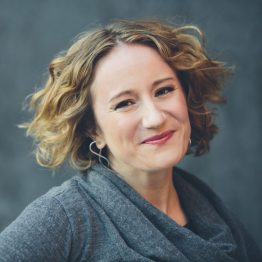 danah is a researcher at Microsoft Research New England and a Fellow at the Harvard University Berkman Center for Internet and Society. She recently completed her PhD in the School of Information at the University of California-Berkeley.

danah’s dissertation project, Taken Out of Context: American Teen Sociality in Networked Publics, analyzes how American youth use networked publics for sociable purposes. She examined the role that social network sites like MySpace and Facebook play in everyday teen interactions and social relations. She was interested in how mediated environments alter the structural conditions in which teens operate, forcing them to manage complex dynamics like interacting before invisible audiences, managing context collisions, and negotiating the convergence of public and private life. This work was funded by the MacArthur Foundation as part of a broader grant on digital youth and informal learning. The findings of the broader team are documented in a co-authored book: Hanging Out, Messing Around, and Geeking Out: Kids Living and Learning with New Media.

At the Berkman Center, danah co-directed the Internet Safety Technical Task Force to work with companies and non-profits to identify potential technical solutions for keeping children safe online. This Task Force was formed by the U.S. Attorneys General and MySpace and is being organized by the Berkman Center. Currently, danah is co-directing the Youth Media and Policy Working Group, funded by MacArthur.

danah received a bachelor’s degree in computer science from Brown University and a master’s degree in sociable media from MIT Media Lab. She has worked as an ethnographer and social media researcher for various corporations, including Intel, Tribe.net, Google, and Yahoo! She also created and managed a large online community for V-Day, a non-profit organization working to end violence against women and girls worldwide.

Hanging Out, Messing Around, and Geeking Out, Tenth Anniversary Edition

Living and Learning with New Media

Hanging Out, Messing Around, and Geeking Out Kids Living and Learning with New Media

Anxious about the widespread consumption and spread of propaganda and fake news during this year’s election cycle, many progressives are calling for an increased commitment to media literacy programs. Others are clamoring...

Thoughts on Pew’s Latest Report on Teens: Notable Findings on Race and Privacy

Yesterday, Pew Internet and American Life Project (in collaboration with Berkman) unveiled a brilliant report about “Teens, Social Media, and Privacy.” As a researcher who’s been in the trenches on these topics for a...

Sitting with a group of graduating high school seniors last summer, the conversation turned to college roommates.  Although headed off to different schools, they had a similar experience of learning their roommate...

Parenting is hard. Many parents find parenting in an era of social media to be confusing, in part because they must advise their children to make sense of spaces that they don't...

On Friday, Dharun Ravi -- the Rutgers student whose roommate Tyler Clementi killed himself in a case narrated through the lens of cyberbullying -- was found guilty of privacy invasion, tampering with...

Over the last couple of years, I've laid awake at night asking myself uncomfortable questions about bullying and teen suicide. I don't have answers to most of the questions that I have,...

Digital media and learning scholars have long understood the importance of access when it comes to digital technologies.  Whether we’re talking about the digital divide or the participation gap, we all recognize...

The Unintended Consequences of Cyberbullying Rhetoric

We all know that teen bullying - both online and offline - has devastating consequences.  Jamey Rodemeyer's suicide is a tragedy.  He was tormented for being gay.  He knew he was being...

How Can We Help Miguel?

One of the hardest parts of doing fieldwork is hearing difficult, nuanced stories that break my heart.  The more complicated the story, the harder it is to tell, but I feel a...

Digital Self-Harm and Other Acts of Self-Harassment

Sometimes, things aren't what they appear to be.  And, in those cases, jumping to the wrong conclusion can be a disservice to everyone.  After I first wrote about Formspring seven months ago,...