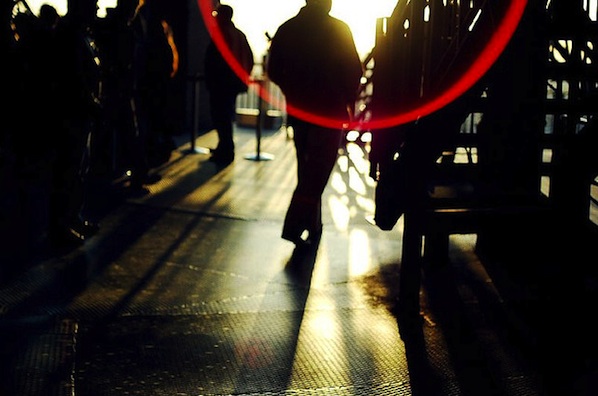 One of the hardest parts of doing fieldwork is hearing difficult, nuanced stories that break my heart.  The more complicated the story, the harder it is to tell, but I feel a responsibility to at least try.  Given how many educational reformists read this blog, I want to provide a portrait of some of the teens I’ve met who are currently being failed by the system.  My goal in doing so is to ask a hard question: how do we help these specific teens?  Let me start with Miguel.

Miguel is 17 and in the 10th grade.  His parents, both from Mexico, never finished high school and speak very little English.  They are very religious and came to the US to try to provide a life for Miguel and his brother.  When Miguel first arrived in Nashville, he spoke very little English himself, but a local gang immediately adopted him and taught him English with heavy street slang.  Given his initial friends, he was immediately labeled as a gangbanger by adults.  He struggles with this label and it shapes his relationship to school and influences how adults treat him.

danah:  Is school boring?
Miguel:  Sometimes.  Like, my algebra II, that class is like, I don’t get what she is saying.  I tell her to slow down and she won’t slow down.  She act like a computer.  I sometimes am taking notes and she’ll be erasing them.  That’s when I get mad and I tell her.  She says she don’t care.
danah:  Why doesn’t she care?
Miguel:  Because she say I never pay attention.
danah:  How does that make you feel?
Miguel:  It makes me feel bad because I know that I pay attention and I try, but that’s her.

Miguel has long struggled to dissociate himself with gangs, looking up to people who are making their life work through the traditional tracks of school.  “When I see people who are doing good in school I be like, oh, I want to be like that.  It makes me be a better person and give me, what’s it called, feel better in my mind, my studies and everything.”  But he faces insurmountable odds.  As an illegal immigrant, he believes that he won’t be going to college.  He’s particularly angry about this because his brother is doing quite well in school and there appears to be no hope for him to go to college either.  (Note: I’m not sure about the legal barriers, but Miguel is convinced there’s no way he or his brother could go to college.)

In addition to feeling as though there’s no educational future for him, he struggles with issues about loyalty, feeling like he should be supporting his friends who supported him when he first arrived.  But then a friend of his was killed; this scared him.  “It makes me feel like I don’t want to be in that position anymore. I prefer to stay at home or going to the movies without knowing I’m going to get shot.”  Fights are all around him and he regularly struggles to stay disengaged.

Miguel: I make decisions now by more of the–  to feel myself better and safe, because one day we were fighting and this dude pulled out a knife and he started trying to kill someone.  And since then, I was like, “I don’t like that.”  And then, one day, it was before the knife, after the knife my friend got into a fight and everyone wasn’t there.  This dude pull up a gun and he tried to shoot you.  He shoot the gun, but we start running.  So that’s why I prefer to stay bored in school and be safe than be doing something bad.  Not doing nothing in school is more safe than to be doing something that is bad for me.

Miguel says that most of his friends stay involved with the gangs because “they don’t want leave out of the life.  They want to stay in that life.”  When the TV show “Gangland” did a special on Nashville, his friends were ecstatic that they were on TV, that they were now “famous.”  This TV show, while showing the underbelly of gang culture, served as a recruiting technique for local gangs.  Although Miguel wants out, there are pressures to stay in.  He no longer goes to the lunchroom because he’s expected to sit with the gang.  He works hard to come up with activities that will give him excuses for not showing up at fights. And while he’s got support outside of school — at church, through a counselor — even his teachers have written him off as a gangbanger.

Here’s a teen who wants to learn, who is painfully far behind and frustrated, who speaks broken English and is clearly lacking in many educational basics, who is unable to see a future for himself outside of doing menial labor and working hard to avoid being picked up by INS.  He doesn’t see college as an option nor does he see any path to becoming legal.  How can we help a teen like Miguel?