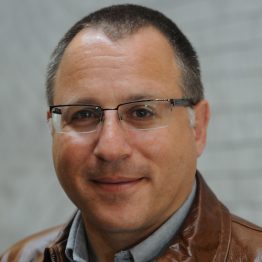 Julian Sefton-Green is an independent scholar working in Education and the Cultural and Creative Industries. He is currently Principal Research Fellow at the Department of Media & Communication, London School of Economics, and a research associate at the University of Oslo working on projects in London and Oslo exploring learning and learner identity across formal and informal domains. He is an Honorary Professor of Education at the University of Nottingham, UK and the Institute of Education, Hong Kong.

He has worked as an Associate Research Professor at the University of South Australia, where he was developing a city-wide initiative to imagine and implement new kinds of spaces for learning. He has been the Head of Media Arts and Education at WAC Performing Arts and Media College – a centre for informal training and education – where he directed a range of digital media activities for young people and co-ordinated training for media artists and teachers. He worked as Media Studies teacher in an inner city comprehensive school in London and in higher education teaching undergraduate and postgraduate courses, leading teacher training degrees in media education.

He has researched and written widely on many aspects of media education, new technologies, creative learning and informal learning. Recent volumes include: joint editing of The International Handbook of Creative Learning (2011) and Researching Creative Learning: Methods and Approaches (2010), both with Routledge; Learning at Not-School (2013, MIT Press); and co-editing Identity, Community and Learning Lives in the Digital Age (2013 Cambridge University Press). He has directed research projects for the Arts Council of England, the British Film Institute, the London Development Agency and Creative Partnerships and has spoken at a number of conferences around the world. His personal blog is www.julianseftongreen.net.

The Class: Living and Learning in the Digital Age

Hustle and Grow – Making a Creative Career in the Digital Economy

Over the last six or seven years the three of us were part of the Connected Learning Research Network finding out how young people in the US and the UK were using...

A Learning Life: How Connected Learning Might Work Over Time

In my last blog, I talked about Learning Identities, Education and Community: young lives in the cosmopolitan city as an example of an attempt to study connected learning in action — catching the...

From ‘Connected Learning’ to ‘Learning Lives’

It's too late now but having worked with the Connected Learning Research Network for some time now, I wonder whether the concept of connected learning should really have been called connecting learning on the...

Childhood and the Pursuit of Meaning in Today’s Connected World

Most adults reckon they know about children because they were one once. This is a strange kind of qualification. First of all, there is a tendency to universalize childhood as if the...

Building on research supported by the MacArthur Foundation’s Digital Media and Learning initiative, a new series “Connected Youth and Digital Futures,” is debuting its first two books — By Any Media Necessary:...

Whether stated explicitly or not, a core proposition of DML is that there are deep consequences to the ways that young people are learning both in and out of school and using digital...

Explaining the Research of Connected Learning

The idea of “connected learning” encompasses a way of theorising and describing the kinds of learning that take place against the grain, as it were, in places where we might not usually...

I am carrying out a piece of work, exploring how young people imagine, develop interests in, and work toward becoming employed in a range of digital creative industries. I am interviewing a...

How Might Creative Youth Cultures Understand the Nature of ‘Creativity’?

In this post I want to compare two European research projects that investigated creative production by young people in informal, out-of-school and, to a great extent, self organised contexts. Around the world...

What Counts As Learning?

I have recently contributed to a new issue of the Bank Street occasional papers. The issue is called “The Other 17 Hours: Valuing Out of School Time” and explores recent attention to...