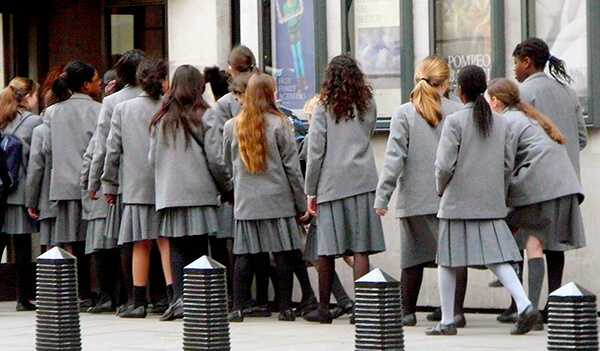 Most adults reckon they know about children because they were one once. This is a strange kind of qualification. First of all, there is a tendency to universalize childhood as if the child you were once can stand for all children. Secondly, the childhood you experienced is for all its similarities to the ones being lived today, structurally, materially and existentially quite different. My colleague, Sonia Livingstone, and I spent a whole year with 28 13- and 14-year-olds trying to get a grip on what it means to grow up in London in the second decade of the 21st century, with an emphasis on getting hold of the meaning of everyday life.

There is a strange tension between independence and constraints at this age. Very little escapes a controlled routine. Although adolescent, the young person’s body is frequently monitored from the time it is made to wake up to the time it is deemed ready for sleep. In our study, around a third of young people shared a bedroom with their siblings and privacy, thus, becomes most focused on the smart phone — the main portable personal device putting young people in touch with people of their choice. As is common across Great Britain, the school we were working in had a version of school uniform so what to wear was quite precisely defined and evaluated. At school, bodies are kept quiet, in order and moved from classroom to classroom where seating was defined by the teacher. Even talk between young people was kept to a minimum — usually being censored and, thus, even the simplest of social interactions became strangely unnatural.

If life at school was structured and disciplined, life at home was beginning to fray. Many of the members of the class were beginning to uncouple from the routines of family life but hadn’t settled on any other kind of focus. The young people who could be engaged in regular structured activities still managed by their parents often seemed perfectly happy and enjoyed most freedom but working-class boys, in particular, seemed at times to be lost.

This paradox of overwhelming structure imposed from the outside and a search for internal purpose often created an existential ennui leading to what one girl called “the boredom.” When asked about her interest in Minecraft — which at the time seemed to us, defining and absorbing — she commented that it was a way to defeat the boredom. This, she said, was significantly a sense of isolation — of loneliness even in the family — as well as a way to occupy time. Yet, time was at a premium. Considerable efforts to set homework and to ensure at least the pretense of a meaningful activity seemed all-encompassing yet as this comment suggests, there may be a disparity between the imposition of tasks and meaning making from the young person’s point of view.

When we started the research for our project, The Class, a number of colleagues and even the head teacher at the school where we were proposing to work, suggested it would never succeed. This was partly a question of practicalities: would we be able to elicit the trust of all the members of the class and would they open up to us? However, retrospectively (after we had “succeeded”), this skepticism also suggested a deep uncertainty on the part of the school about the possibility of understanding the day-to-day life of young people. It was certainly true that the young people worked quite hard to keep adults out of their lives and to some extent the extraordinary compliance with daily routine acted as a mechanism to avoid scrutiny and intervention — good behavior was a way of keeping adults away from you.

Obvious as it might sound, this was the primary function of digital technology in young people’s lives — a daily, simple way of avoiding scrutiny. There may have been varied investment in the seriousness with which they invested in the identity work of managing themselves online, they certainly played with the fashions of new platforms — at the time, Tumblr and Twitter. They got themselves into scrapes with their parents when the first bill for the smart phone arrived in the house, and it wasn’t at all clear what the point of the meaning of much of the chatter with friends meant. Nevertheless, it was a way of “defeating the boredom.” It was a way of creating meaning and purpose for and by the individual — an existential assertion of agency.

And, so, as we sat in classrooms day after day, as we watched a succession of demands and impositions more obeyed rather than resisted, as we witnessed the flow of bodies through the school in the hundreds as they dispersed through the streets back to their houses and apartments, we felt ever more strongly that the key to understanding childhood or adolescence lay in the the meanings we could ascribe to routine. Even the pleasures of repeated contact: When are you leaving home? Where shall we meet? Every day on the way to school, these were the clues to a self struggling to define itself against all the expectations held for it. We may all have been children but how many of us can put our fingers on the repetitions, the boredom of everyday life, as the key to understanding the people that we have become?