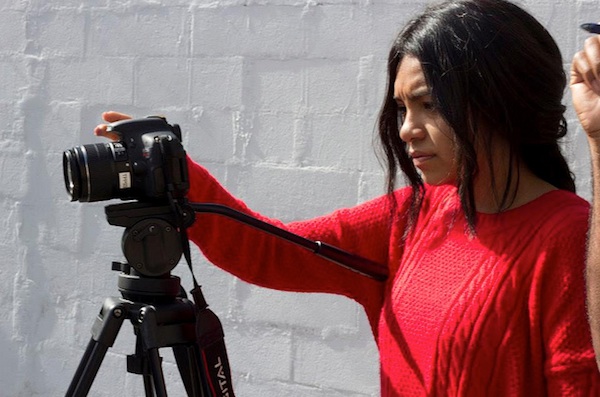 In this post I want to compare two European research projects that investigated creative production by young people in informal, out-of-school and, to a great extent, self organised contexts. Around the world scholars are very interested in the development of any kind of learning community and especially those seemingly stimulated by or reliant on forms of digital technology. It is the key premise for DML. Virtually all of the scholarship is interested in the types of different relationships such cultures have with formal schooling both to see how they might serve as templates for educational reform or as critiques of schooling. However, here I want to show how our interest in ‘practices’ and ‘knowledge’ – that is the way such groups organise themselves and communicate as well an attention to the kinds of knowledge(s) which are valued in such communities – may actually be missing the point: what counts, I suspect, is the identity work that we can observe across these examples.

My first case is that of a study of young people’s visual culture undertaken in Spain. Professor Imanol Aguirre recently presented findings at an event in Pamplona, Spain, of an extensive study into Spanish youth run as part of the Edarte project. The Spanish education system doesn’t have a great tradition of working in a progressive fashion or developing more student-centred curriculum in general and this project was interested in young people who were involved in what we might think of as ‘participatory media’ production; that is, young people involved in making, creating and sharing primarily visual expressions. The project involved a relatively large survey and some detailed follow-up interview work across the whole country. The aim was to capture experiences of young people who were engaged in forms of visual culture production – forms of photography and sharing of photographs as well as graffiti art, drawing and other forms of visual arts-making. It focused on how persistent, intense and collaborative such experiences are.

The research was particularly interested in the kinds of language the young people used to understand their visual expressions and its relationship (or not) with the formal language and knowledge that they might encounter in the subject of art at school. The project identified forms of photography as the most popular and commonplace form of visual expression. However, the project was also keen to highlight the lack of connection with schooled knowledge, the absence and possible rejection of a technical discourse of art and at times little awareness of already constituted knowledge in these fields. The emphasis across the practices they observed was on self-taught and experimental work – chiefly, alone with little access to wider forums or collaborative activity. There was a preference for solving problems by yourself and an emphasis on the technology as the aesthetic tool. In other words, challenges of expression were often reduced to questions of technique and technology for which understanding the manuals and the equipment was the way forward. The researchers suggested that these young people were rejecting professional knowledge in favour of a dependency on the technology.

In some ways – and I would stress that the project is still reflecting on its findings – it gave an account of an individualised and insulated production culture without access to the shared understandings that can be developed in more formal institutions where making, creating and sharing place greater emphasis on the resilience and ingenuity of the creator. The research subjects all seemed to want to promote a discourse of authenticity – where the creative individual seeks reward for their creations rather than situating the products within wider collaborating traditions.

My second case concerns a series of extended investigations into young filmmakers across Scandinavia. Triggered by the now closed website set to stimulate young filmmakers in Scandinavia, dvoted.com, my colleague Øystein Gilje has co-authored a series of studies of young aspiring filmmakers as they completed the years of the formal education and either pursued further training or moved directly into the marketplace as producers. In these more ethnographic studies, Gilje and his co-authors have shown how making and sharing films has engendered a particular kind of identity as a filmmaker within and across a range of different social contexts from school and college, a local and an online community. There are interesting points of comparison with the Eduarte research, in particular, the explicit relationship with formal or technical issues and a similar rejection of the academic knowledge. In this case, the Scandinavian filmmakers often tried to make the case that their own geek and interest-driven knowledge was superior and more current than the kind of formal academic language prevalent in teaching courses. They too were focused on how they presented themselves as creative individuals and their ‘talents’ as key to the making of films.

In other words, when we look at the relationship of formal knowledge about these cultural forms – understanding of genre, questions of technique, issues around aesthetics and so forth all – of which comprise distinct academic subjects both types of informal, creative, media-making seem to have more at stake in rejecting that kind of knowledge than trying to find continuities and connections with other longstanding traditions. And in that rejection lies an assertion of the individualised creative voice.

From an educational point of view it may seem as if there are large opportunities being lost in the failure to develop these kinds of connections and in the failure to extend and develop shared understanding and knowledge. However, from a young person’s point of view, we might note that more seems invested in maintaining the persona of an authentic artist – of developing a subjectivity and the idea that it is solely due to the resources of the individual and that any creativity might be possible.

In some ways being able to pursue creative making outside of formal education in these ways derives from the idea that creativity is inherently individualistic and bound up in the limits of the creative person. Yet this paradigm seems strangely anachronistic. For sure, it helps cement the brand identity of the individual but actually we know that collaboration and the reworking of tradition is central to both filmmaking or, as in this instance, photography.

Here we can see how forms of digital culture as they are being explored and analysed through these various research projects may actually be paradoxically returning to a much older model of creative expression and one that is profoundly at odds with many of the possibilities that we know exist in the networked and open ways of working so often explored on this site and in these blogs and – by many of the young people we are talking about. The implications of both of these research projects is profoundly challenging for some of the claims made for more organic, participatory, creative cultures and suggests even more the need for imaginative and innovative forms of engagement with these cultures rather than any simplistic acceptance of the fact that just because they demonstrate energy, drive and commitment such creative practices are always in and of themselves progressive.