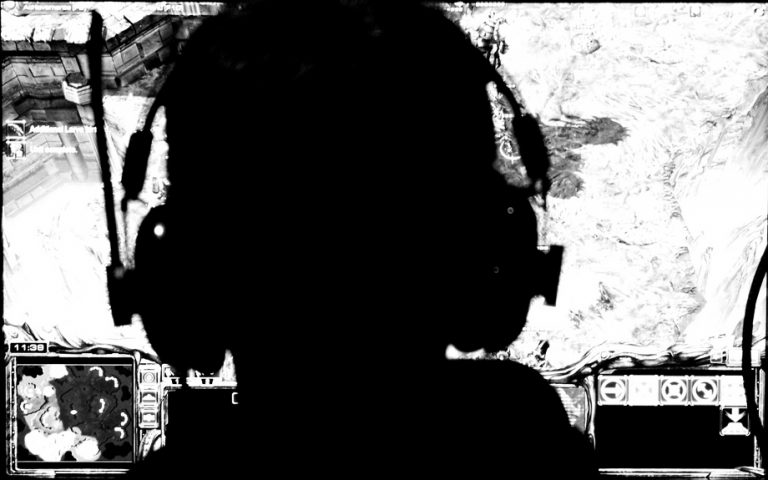 I am carrying out a piece of work, exploring how young people imagine, develop interests in, and work toward becoming employed in a range of digital creative industries. I am interviewing a number of young people who are studying game design or various kinds of computer programming as well as those informally engaged in maker communities or other kinds of coding clubs, festivals and initiatives. Part of my interest is in the kinds of identity work that young people engage in as they begin to define themselves as the sorts of people who might work in these creative industries. In this post, I want to reflect on a key part of this identity work, which is emerging across all of the interviews we have carried out, and that is how these young people talk about formative experiences of playing computer games and of being gamers and the role of such “expertise” in their career choices.

On one level, it wouldn’t be terribly surprising that anybody interested in working in the games or SFX industries would themselves, of course, be keen gamers (or film buffs). We are talking here about young people who have a wide interest in digital culture. But, this isn’t the point I want to make. A key trope across all of the interviews we have carried out so far is a level of engagement and knowledge about gaming and other forms of popular digital culture, which frequently was ignored or marginalised by teachers and other adults in these young people’s lives. Again, this isn’t perhaps terribly surprising but in many cases it led to moments of awkwardness and difficulty. For example, one young artist we interviewed described how his art teacher had no idea that you could study game design at universities and only seemed to know about the route into art schools, despite the fact that studying game design is far more likely to lead to some form of employment as an artist.

When we started mapping common early experiences across all of these very different young people, it quickly became obvious that one way in which they all told stories about themselves and constructed key moments in their emerging “creative biographies,” revolved around games and gaming in particular. This emerged as a key experience in all of the progression routes described by the young people we have interviewed. It was an essential almost axiomatic rite of passage.

I want to suggest three possible interpretations of this feature as it exists within the process of constructing a narrative about the developing self; and in particular how the positive identification as a geek gamer by the young persons themselves also requires, as I have just described, negative (or ignorant) responses by formal educators. In other words, I think that any kind of positive self-affirmation requires negative disapproval from others and this can be problematic.

The most obvious interpretation of being a keen gamer is that it gave these young people both knowledge and expertise as well as a detailed kind of aesthetic insight into gameplay and game worlds. Although there is a tendency to focus on wider digital capabilities when talking about employability skills (example) without this kind of cultural and insider understanding, it is impossible to construct yourself as a creative person working within digital media without such understandings. In addition, this kind of commitment to these forms of culture invariably meant that the young people had explored the wider game cultures and were familiar with a range of forums and critical debates around these texts; they were all keen participants across a range of specialised gaming sites.

Whilst none of this is surprising and this kind of fan-based knowledge is now a recognised phenomenon, it was nevertheless extraordinary how repeated the refrain was that for all the young persons’ expertise, it seemed significantly isolated from world views of their formal education. In other words, very few other adults who might have some influence on helping these people choose career paths really valued or knew anything about the kind of study or knowledge that these young people had put into these cultural forms. (Of course, as these young people had already to a certain extent defined themselves as enthusiasts, it is not surprising that they have told stories about growing up which include a high degree of specialisation in this way).

However, if these kinds of experiences are relatively common in as much as many young people are enthusiastic gamers and many spend time building up considerable expertise in these domains, in what ways is this kind of experience differentiated by enthusiasts and why might it mean more to some young people than others? I am trying to get at the fact here that whilst many young people might demonstrate knowledge and enthusiasm about gaming — indeed it is going to be a common experience — how can we isolate or identify when certain young people are going to take these experiences that much further and develop specialist knowledge, which (in the case of the young people I am talking about), has led to a particular vocational direction? For example, if the curriculum and more teachers knew more about what’s involved in developing this kind of specialisation, and engaged with young people more often, might this mean that more young people would feel that their expertise was validated and, thus, building on this kind of validation, be able to build and develop more complex forms of knowledge in this area in the way that the young people I interviewed clearly have done? Or, given that we still don’t know a lot about the differences in the kind of expertise built up by young people, can we speculate that there is a general type of expertise that many teachers would not recognise but is not really ‘expert’ given the degrees of specialised knowledge built up by some young people.

My third point about the meaning of marginalised expertise in gaming domains is that for all the development of knowledge and expertise, clearly many gamers don’t want that expertise to find its way into the mainstream and, indeed, derive more power and authority from knowing things that many other people don’t. In other words, it is precisely the fact that such knowledge is not prized by the curriculum and by the adults that surround them that give it an added value. If this is the case, then we are presented with a paradox because it might suggest that were the curriculum or teachers to take the kind of expertise built up through media consumption more seriously, and integrate it more thoroughly into the curriculum, then we would in effect be undermining the value that many young people put into acquiring knowledge because it is the possession of arcane and unauthorised knowledge that counts. Logically, then, we can’t help such young people build on all their experience and expertise even if that might mean that, as educators, we can’t do our their jobs properly. This might, then, give us the possibility of what we might think of as “positive marginalisation” however odd that might sound and however contradictory it might be.

It is important to understand that degrees of expertise built up by young people around more unrecognised and undervalued digital culture is highly differentiated and clearly attracts value by virtue of its exclusive and hidden status. Yet as educators, it seems obvious that we need to recognise and explore both the nature of and the ways that these kinds of informal knowledge domains are built outside of the curriculum: indeed I’m suggesting here that they can be very important in the development of vocational choice. Until we know more about what might constitute the nature of this expertise rather than just admiring all knowledge we don’t know anything about, we may not be terribly helpful; on the other hand, this is clearly not a reason to do nothing as my stories of progression into creative careers suggest that this is a crucial component of the identities young people are fashioning for themselves and which can be so important in opening wider economic opportunities.