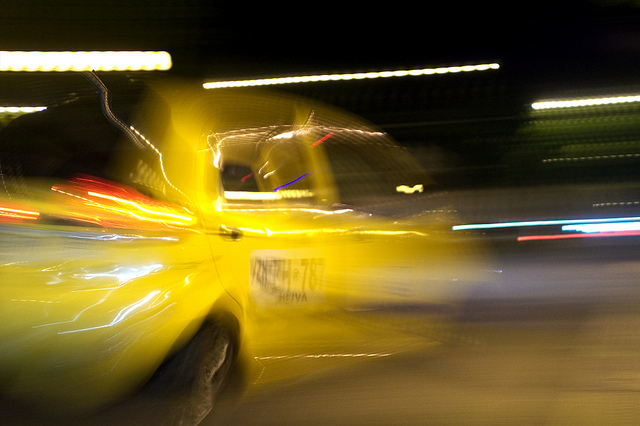 Colombian artist Isabel Restrepo has tackled a variety of projects to promote digital literacy, raise awareness to change public health and safety behavior, and foster civic participation in a number of different youth engagement efforts. Perhaps her best known project was Entránsito, a traveling augmented reality interactive show for teens that was designed to reduce the country’s high mortality from traffic accidents. Sixty presentations were funded by the Medellin’s Secretary of Culture, which ultimately reached more than 5,600 citizens with a message about avoiding cascading problems that lead to accidents that humanized particular victims. To reach students who might have very short attention spans, Restrepo partnered with many collaborators in engineering, theater, and education to make sure that the pedagogy and the didactic tools would be as compelling as the narrative and space. Details about the project in English are available at this website.

Restrepo has also been an advocate for free and open source software since 2007, including GIMP, Blender, and Processing. (For more about one of the founder’s of Processing, see our DML interview here.

In a recent conversation, Restrepo reflected on her work as a digital educator and activist in a region that has been heavily impacted by corruption and crime, but where the most successful digital media and learning projects take advantage of local knowledge.

Restrepo argued that choosing “media and tools” should depend on “the available technologies and the skills of the population that you are serving.” Like many of her fellow Colombian arts educators, she often works in a research university setting where expensive production software is standard, but out in the field, in needy communities, she looks for solutions with free open-source software and avoids finicky high-tech and costly equipment.

Some projects launched by her research group have focused on teachers rather than students. Digital arts educators would like to try to teach teachers to work with technology because many high schools have underutilized computers, and teachers in the visual arts are often not using state-allocated resources, although “the government is trying to provide encouragement to use computers.” It is challenging for teachers to change their basic methodology of teaching, especially when they experience “a fear of losing power in their classes” and when facing students who “ask questions they are not able to answer.” Teachers are often less confident about trying new things, according to Restrepo, so she has often designed the encounter with technology to be one in which the student can take the lead.

Restrepo observed that students are “fascinated with producing their own images” and that their ambitions are often much greater than “chat and Facebook,” particularly when encouraged to create narratives or collaborative projects. She and her fellow digital artists and software experts try to bring whatever “bridges that gap and allows them to work together” both with each other and with adults who might be over 35 or 40. These collectives become almost “like research groups” that move “faster” based on their prior experiences with art and basic concepts provided by the teacher.  However, she still sees some generational gaps in that younger people tend to be more open to virtual reality and augmented reality experiences.

Restrepo’s early work explored themes about family illness, political violence, and personal intimacy that speak to the turbulent history of her country and its continuing socioeconomic inequities, and she continues to work as a practicing artist in a variety of media and platforms. She described herself as “concerned with the trauma of violence from an artistic perspective,” but she also argued that there were “personal ways to heal trauma” by “taking some of those elements to a different community and population.” She described traumatic incidents as “common in the city; everyone has witnessed something of this violence.” Using digital technologies, “we allow people to create their own voices” and “facilitate tools and spaces to create those narratives.”

Often her digital teaching is conducted at the scale of “one-on-one interactions,” which avoids “having humanizing ideas become lost when working with technology.” Learning digital media promotes “the confidence to deal with another person” and to see “examples of people in similar situations and able to overcome their experiences” as they produce images and videos that reflect “the difficult conditions of life – economic problems, interfamily problems – and to provide tools in creating confidence to relate with us and to use the computer as a tool.”

“We ask them to have questions,” she said in explaining her approach to relating with new communities, so that technology is “more like opening a window or giving them a canvas. They know information is around but don’t know information is reachable.”

When asked about the “missionary mentality” of some technological outreach initiatives from more affluent countries, Restrepo argued that it was important to maintain “the balance in how much technology we really need to improve our culture and address local problems.” As she put it, “you don’t need to use technology all the time. Just because I use technology in art or in my teaching doesn’t imply that I always use technology. What people need is really that interaction one-on-one.”  Their needs for facilities and resources do not necessarily boil down to “one computer per person,” because there are “so many issues, like violence and learning how to relate to each other.”