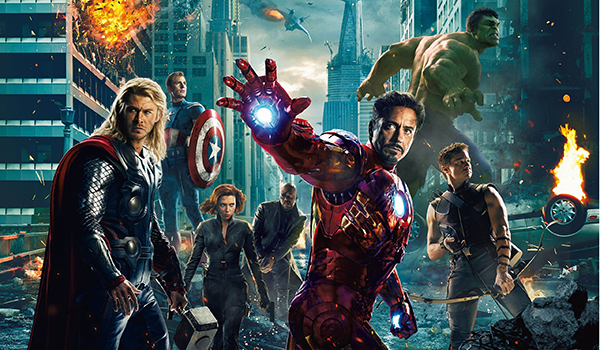 I want to complain for a minute about a certain Hollywood superhero blockbuster.

Then, I want to complain for a minute about people who complain about superhero blockbusters on the Internet.

(A brief note on the general plot of the film before moving on: there is another DML Central post that should be written about Hollywood’s depiction of evil artificial intelligence, mustache-twirling robots, education and Marc Goodman’s recent book, “Future Crimes.” However, I’m hoping someone else will write the ultimate Skynet et al., kiss-off instead of me.)

Shortly after seeing “Avengers: Age of Ultron,“ I tweeted the following:

Somehow being a fluke, lost weekend in which the nerdrage of the Internet found its latest target without my noticing, I didn’t realize I was adding to a mounting argument about depictions of women and race in the film (more on that in a minute).

My gripe with “The Avengers” follows a previous rant I made here about “Iron Man.” While the film rakes in more and more money, I am feeling dissapointed by the lack of characters of color as little more than ancillary to the sheer awesomeness of white people (and mainly hunky white men) to save the day across the globe. In nearly every continent, the Avengers leave a wake of destruction in their path, leaving governments and small businesses alike to recover from the disaster relief of the high and mighty heroes. There is an implicit argument here about privilege, power, and who gets to rescue whom. As I think about the students of color around the country who watch the digital wizardry of this latest franchise installation, I grow concerned about the lessons they learn about their place in the world. Sure, there are a handful of characters of color, but they are little more than second-string assists to the otherwise impressive theatrics of the Avengers’ A-team.

What is particularly frustrating about this depiction in the film is that the Avengers are in prime position to speak to the diverse viewing audience handing over money to see them protect the universe.

For example, right now, Captain America is black. But only in comic books.

Right now, Thor is female. But only in comic books. (It should also be noted that recent sales show a significant increase in the of copies of Thor being sold than by her previous, male counterpart.)

Right now, Hawkeye is deaf. But only in comic books. (An issue of Hawkeye last summer, #19, was largely a “silent” issue, finding Clint Barton, aka Hawkeye, struggling to find meaning in his hearing-impaired world.)

And, all of these examples only scratch the surface of comic book diversity blooming in mainstream (and independent) comics today. From Ms. Marvel currently depicted as a Muslim teenager in “Jersey City” to Spiderman, represented as the biracial Miles Morales, I am frustrated that the awesome racial diversity of superheroes today is not making it to movie screens and the ways this omission funnels into the beliefs of young people.

In my book on young adult literature, I recount an incident that happened in my mentor’s classroom:

It was midway through the school year when I was talking with my good friend Travis, the ninth-grade teacher down the hall. He was describing a troubling discussion that occurred in his classroom recently. In preparing students to understand the cultural context of Elie Wiesel’s Holocaust memoir “Night,” Travis posed a theoretical scenario to his class:

Imagine for a moment that all of a sudden, tomorrow, all of the white people in the country are gathered up and hauled away.

In the discussion that followed, students were excited about living in the “nice houses” deserted by white people in Los Angeles. However, they ultimately grew concerned that “there would be no more doctors. Then, a student said there would be no more PlayStations or inventions.” When youth don’t see and learn of the possibilities of civic and intellectual achievements that they possess (in real and fictitious settings), our society reinforces powerful lessons about what we expect of young people.

The Problem with Being Mad on the Internet

Shortly after tweeting my innocous complaint about Avengers: Age of Ultron, I heard the digital rumblings that the film’s director had “quit Twitter”  because of angry feminists. Though refuted, the notice then fit hand-in-hand with the online discussion that flooded my RSS and Twitter feed over the next week. From fans passionately defending the choices in the latest film to those lambasting the director and the series (and everything in between). Clearly, I wasn’t the only one concerned with sexist depictions in the film or with the lack of diversity in the cast.

But, here’s the thing: when a cultural product has hundreds of millions of dollars invested in it, the vision of a single director is probably flooded out by the demands, interests and pressures of various aspects of the film industry. To blame a single individual for cultural hegemony and systemic racism is assanine. Similarly, at the other end of the spectrum, the ensuing “nerdrage” over deviations from a comic book “canon” are just as troubling. When we consider digital space for democratic discussion, the role of “trolls” in society, and how we listen in a digital age, how are educators fostering meaningful uses of technologies for engagement?

When I speak with preservice teachers, I traditionally emphasize that media production in classrooms can be a powerful space for students to engage in the public sphere. Some students have pointed to the fact that our society is less beholden to mainstream media to communicate and disseminate ideas. However, what I’m reminded of with the Avengers and the ensuing online responses to the film is that Hollywood and large corporations remain very much entrenched in the cultural millieu that young people participate within.

Earlier this year, the online hip-hop community reacted strongly when Kendrick Lamar’s comments about injustice in Ferguson did not align with their vision of the rapper as the “voice” of a disenfranchised generation. Jay Smooth’s discussion of Lamar and the media’s reaction help reinforce why lambasting a director like Whedon is misguided and how the lessons of critical media literacy and activism must be reinforced in young people’s learning.