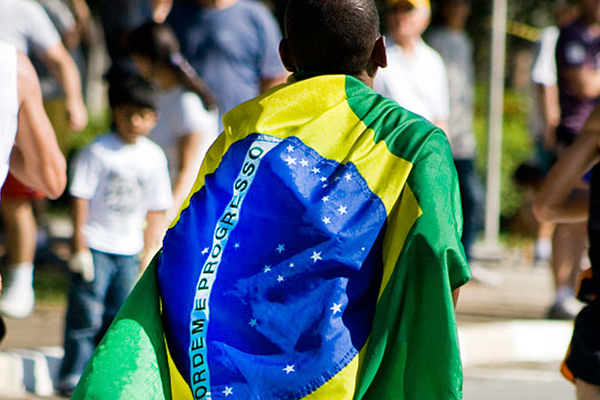 Leading the way toward protecting individual rights and freedom of expression on the Internet, the Brazilian Chamber of Deputies has approved a Bill of Rights, “Marco Civil.”

Marco Civil was first conceived among scholars and online specialists as a movement against another bill proposed by Senator Eduardo Azeredo, who wanted to track transactions by every Internet user and provider. Ronaldo Lemos, a respected Brazilian academic, lawyer and commentator on intellectual property, technology and culture, is credited as a creator of Marco Civil, which focuses on protecting web users’ civil rights, privacy and net neutrality.

The Marco Civil bill’s first draft was written about five years ago through a partnership between the Brazilian Ministry of Justice and the Center for Technology and Society of the Law School at Fundação Getulio Vargas (FGV). It was published online and openly discussed on a website. Anyone could propose changes and the community could see and discuss the details. More than 800 contributions were received.

The second draft was published in 2010, and again discussed in the same format until the bill was ready to be taken to the Legislative Chamber. However, after it was proposed, it took more than three years for the Chamber to vote on it, as it underwent scrutiny.

Supporters, including Congressmen, institutions and individuals, however, continually mobilized. An online petition was created and more than 340,000 people signed it. In addition, blogs and websites were created to defend the Marco Civil. Tim Berners-Lee, inventor of the World Wide Web, publicly supported the bill.

When Marco Civil finally was approved by the Chamber of Deputies on March 25, the hashtag #EuQueroMarcoCivil (Portuguese for #IwantMarcoCivil) was leading in Brazilian trending topics on Twitter for several hours. The subject was celebrated by supporters and debated by opponents throughout the day.

Marco Civil, if signed into law, will be a groundbreaking measure, not only because of the way it came about, but also because it will be the first law to address the issue of online freedom and protection of web users. The approved text is very different from the initial draft and still has polemic points. However, considering the possible amendments proposed to change the draft even more, the approved text is positive and still carries the key points: net neutrality, user privacy, multi-stakeholder governance and freedom of expression. Lemos makes an insightful analysis in this post.