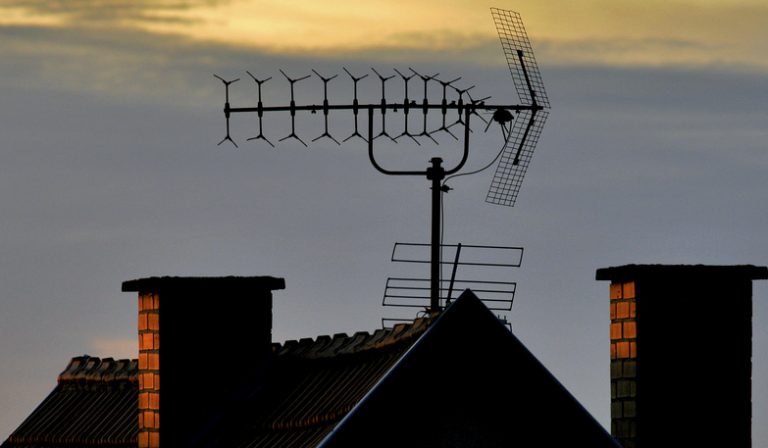 When I was in East Germany after the fall of the Berlin Wall but before the reunification of the two divided states, I was struck by how many shop windows advertised how-to guides with technical specifications for TV and radio enthusiasts, so that people once cut-off from the rest of the world could feel connected to various electronic sources for news and information. All over Dresden, where I was, it seemed that hobbyists were mounting antennas on rooftops to get signals from the other side of a once impenetrable Iron Curtain and were building knowledge networks to tackle issues as users encountered technical snafus.

Now, something somewhat similar is happening in a number of European cities, where hundreds of roofs are dotted with community devices to enable mesh networks that broadcast content from forums, stream video, and transmit a variety of software functionalities. Most urban dwellers in the United States and Europe rely on commercial Internet Service Providers, but Austria’s FunkFeuer, which describes itself as a “a free, experimental network” that is built and maintained by computer enthusiasts, is proposing a different model in which users buy the hardware and maintain the computer network themselves. Advocates for this new model of connectivity congregate at places like the hacker space Metalab in Vienna, where they learn to configure relatively inexpensive 150 Euro devices that can provide service for dozens of years. Of course, installation isn’t always easy. Not all apartments have roof access or unobstructed lines of sight to other nodes. I met one FunkFeuer advocate who was planning to install his transmission box on his parents’ roof because his own home wasn’t well situated to receive signals. 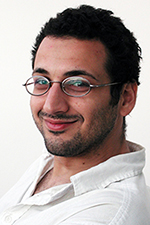 FunkFeuer co-founder Aaron Kaplan sat down with DML Central for an interview to talk about his “hobby project” that has been credited with “breaking the wall of Internet censorship,” as this video of Kaplan speaking describes. He explained how the project “started with a couple of friends experimenting with access points” in 2003, who were also exploring the legal questions around privacy, access, and data protection that might enable anonymous access to the Internet from the street. Existing legislation required that IP addresses be stored for accounting purposes, but if the network was free, and there were no financial transactions as a result, bookkeeping wouldn’t need to be maintained.

Fortunately, there was an existing mesh network of about a dozen nodes that had not been proven to be commercially profitable that FunkFeuer offered to rescue from abandonment. The group also was inspired by other hacker collectives in Europe, such as ASCII (Amsterdam Subversive Center for Information Interchange) and FreiFunk Berlin, that were pursuing experiments with hardware and software in which “network neutrality is built in.”

Using the legal framework of the Pico Peering Agreement, users connecting to wifi routers basically contracted to being “responsible for my traffic” and “responsible for my network.” Having the combination of “mesh protocol plus wifi network” was “like magic,” according to Kaplan, and soon “we were there in this room experimenting with laptops.”

Faced with the challenge of opening up proprietary Linksys devices to work with the mesh protocol on cheap open source laptops running Linux, FunkFeuer had another lucky break. A programmer who had contributed free code to the Linux kernel recognized his handiwork running the Linksys device, and soon the company released the source code for the Linksys 54GL, which became what Kaplan called “the Volkswagen of wifi routers” that made mass ownership possible.

By 2005, the group was encountering scalability issues with their original mesh protocol, which still is available at OLSR.org. “There were bugs after 100 nodes; we had never tested with so many nodes,” Kaplan said. That led to a “split in community,” as different hacker collectives experimented with different solutions, including those involving smart phones.

FunkFeuer was able to take advantage of having a critical mass of good programmers “who knew how routers needed to be programmed and who tested over 1,200 devices.”   In 2006 and 2007, housing their community servers also evolved as they developed into a full-fledged fiberoptic community with its own data center.

“We created our own cyberspace, although I hate that word,” Kaplan said. (Throughout the interview, he was eager to distance himself from the jargon of consumer hype.) “We created a self-sustaining entity and were responsible for operating it and caring for it with many other people.”

In the wake of disclosure of the Snowden documents, Facebook changing its policies, and debates about “who owns the Internet and who controls information and what it does to the culture of democratic discussion,” Kaplan asserted that taking “control of our own means of production” has implications far beyond his core group of artists and tinkerers.

“It’s a labor of love for independence, self-reliance, and having something in case of a catastrophe, so you can control your information and have the digital means to hold your own stuff,” he said.

The FunkFeuer software even proved of use to beleaguered New York residents battered by Hurricane Sandy who were able to take advantage of the Red Hook Initiative WiFi program, which was designed to bring cheap Internet access to people of color in urban neighborhoods. “The software inside was our software!” Kaplan exclaimed. (You can read more about the Red Hook Initiative here.)

High unemployment rates in Southern and Eastern Europe among those in the tech industry have produced some positive consequences for mesh networks, where programmers stay in practice, volunteering their labor. There is a particularly robust Catalan network in Spain, which includes 23,000 nodes and covers a huge area extending to islands in North Africa.

“Small networks are beautiful. They involve different concepts of control and community,” Kaplan observed. “This way, you know where to go; you know where the person lives. For sys admins, there is redundancy and staying honest with checks and balances. Everyone is responsible for their own IP address and what it does. On the rare occasions where were have had abuse issues, we know the person by name. The one time we had a spammer, I met with him in person at Metalab.”

Like many, Kaplan wants to see more diversity in the network’s users and more women and more participants from immigrant communities taking part, but he admitted that their core user base could sometimes be “narrow minded and technically focused,” particularly after an “influx of ham radio folks,” although he described these older tech enthusiasts of retirement age as an “interesting community” bridging a generational divide.

For more about the FunkFeuer, you can read in Scientific American how writer Julian Dibbell described installation of hardware high above the city and the group’s ambitions to “build a shadow web.”