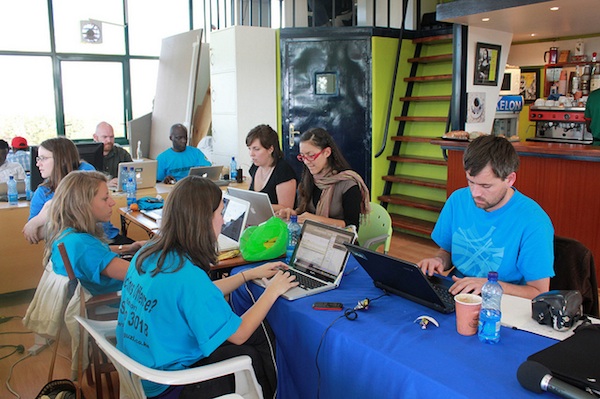 Earlier this year, Professor Joseph Kahne and a group of civic learning scholars announced a key finding from a study of student Internet usage: youth who pursue their interests online are more likely to be engaged in civic and political issues. On Thursday, at a day-long symposium in Washington, D.C., called “Civic 2.0: Citizenship Education for a New Generation,” Kahne, an education professor at Mills College and Chair of the MacArthur Network on Youth and Participatory Politics (YPP), drew from this study and three additional studies to discuss the digital opportunities for civic education and engagement. Some highlights from his presentation:

When it comes to digital media, many doubt the civic value and perhaps not without reason. But there is clearly much engagement with digital media. There’s a great deal of concern that a lot of that engagement is about social relationships, socializing, and consumerism, and the question is whether or not that type of engagement is going to be positive for democracy. I’m optimistic that there is a lot of potential here. This vision of Civics 2.0 is worth considering, but by no means is it inevitable that we will have that potential.

Why we should care:

We found from our study that young people who were part of non-political, interest-driven communities, like Farmville, increased their activities, became more likely to volunteer offline, more likely to raise funds for charity, and more likely to work offline on community projects…
It’s key for educators to be thinking about the ways we can use social networks and these communities to amplify the content that we care most about. By building social networks around the content that we care about, it’s possible to get an authentic audience and promote peer-to-peer learning. And it’s possible to develop skills and dispositions that can promote desired goals.

2) The Internet can promote ‘echo chambers’

What are the implications for educators? First, media literacy is fundamentally important; kids need to know how to find diverse views. If teachers required that young people seek out diverse views, those young people were more likely to seek out and be exposed to diverse views during their discretionary time later on in their lives. We also found that 34 percent of young people said that when they were online they were never exposed to any news or perspective on societal issues. It does speak to the fact that we really do need approaches to civic education that are universal.

3) All young people are digital natives

What we found in our study was that when teachers required students in their classroom to go online to get information, when they have discussions with students about how to tell whether information is credible, and when they encouraged/required students to get divergent views on issues — in all three cases — we found that young people were more likely to do those practices later on not as part of a school assignment. Media literacy isn’t just about the consumption of information but the production of information as well. One of the affordances of new media is the ability for young people to be producers.

Real Lives – An educational simulation where children live out the lives of random people in the world. This is a kind of interactive experience that could be quite powerful.

Puget Sound Off – Seattle-based website that allows youth to engage in issues, post their perspectives and engage with an audience for student work.

Factcheck.org – A nonprofit website designed to reduce the level of deception and confusion in politics. This type of digital civic infrastructure can have a massive impact.