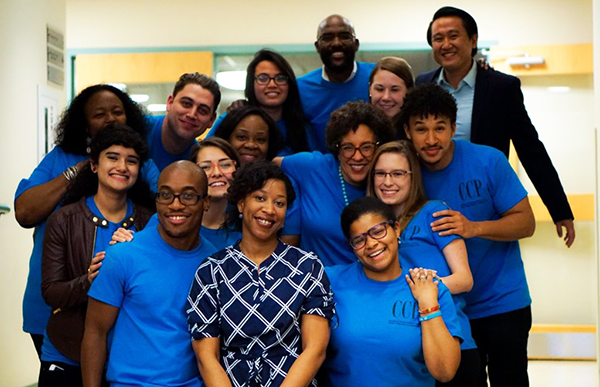 This is the second part in a multi-part series about participants in the Race, Memory, and the Digital Humanities conference. This series features public intellectuals discussing digital literacy issues.

“Colored Conventions: Bringing Nineteenth-Century Black Organizing to Digital Life” was recently named by the National Endowment for the Humanities one of its “essentials” a collection of 50 works funded by the organization to reshape “what we know about ourselves and our world.” Like Ken Burns’ sprawling documentary on the Civil War or the preservation and publication of the Dead Sea Scrolls, the NEH lauded “Colored Conventions” for its ground-breaking discoveries and public visibility. The team that makes up the Colored Conventions Project (CCP) consists of a collective of faculty, graduate and undergraduate students and other scholars who work together to achieve the goals of the group.

Much of the project is devoted to improving historical knowledge and transforming young people’s understanding of the past and its major participants. As project director and co-founder, P. Gabrielle Foreman explained, the history of Colored Conventions has previously been “obscured by anti-slavery and abolitionist movements” that “elevated and celebrated what are seen to be white-led movements for racial justice and have left out the history of 19th-century black-led movements.” Like other projects in digital history devoted to reparative work, the CCP project seeks to correct past misrepresentations by making available original documents that can be important when educators seek primary online sources for their students.

“CCP has tried to be deliberate in creating a collective model of recovery that has put the cultural descendants of the convention movement at its center,” Foreman said. “Setting up structures that produce racial inclusivity and doing the extra outreach work to make sure transcribers, students, faculty and presenters aren’t dominated by those who have digital and historical access in this country has been key to that work. We are also a university-based group that includes librarians and graduate students, those with technical expertise and undergraduate researchers, those at well-resourced institutions and partners at institutions with fewer resources. From committee leadership, to invitations for interviews, scholarly talks, and advisory boards, we try to make sure our funding and leadership models work to counter the hierarchies that are baked into academic structures.”

Many of the designers and contributors to the project are undergraduate researchers at the University of Delaware, like Alyssa Ashley who argued that too often “African Americans are erased from history, and those who have contributed to the abolition of slavery, to Reconstruction, and to works of art are not highlighted. CCP provides a platform for political and social change to be acknowledged; it would be extremely beneficial for high school educators to familiarize themselves and their students with CCP’s efforts in aiding their discussion of American history. As the minute taker for the Colored Conventions, the preservation of knowledge and resources is incredibly important to have as a fact check for future generations.” (Colored Conventions recruits interested people to transcribe documents and posts alerts when new documents are available to participants.)

Another undergraduate researcher, Kira Lyle, pointed out that “CCP provides, for high school educators, a collection of primary source documents with which to analyze American political and social organizing from the perspective of and in the voices of black Americans. Often in discussions of American political organizing, students are exposed to the actions of familiar collectives of white men, such as the ‘Founding Fathers,’ and movements concerning the rights and concerns of black folks (specifically prior to the Civil Rights Movement) such as the abolition movement are framed by discussions of actions taken to provide racial equality, rather than actions taken by black Americans.”

According to Lyle, “CCP’s archive of digitized records provides a nuanced view of a movement led by and for black Americans.” In characterizing the wealth of documents, Lyle observed that “the records provide a crazy amount of primary source documents with which to engage, and education centered on the dissemination of inclusive historical narratives is of the utmost importance in fostering social consciousness in young people (both historically and in a contemporary sense).”

Since the website’s inception, Colored Conventions has developed a rich array of curricular materials for potential use by educators. Anna Lacy, chair of the Digital Archives Committee and a Ph.D. candidate in history, described how “CCP provides a comprehensive curriculum package for faculty and students, including a “Seeking Records Curriculum” and digital exhibit guides. “Our curriculum model embraces a collective ethos that mirrors the organizing of the 19th-century conventions movement by engaging students and teaching partners in crowdsourced archival research. In addition to this, our site also houses digital exhibits designed for public audiences.”

The value of CCP to educators also is enhanced by its interdisciplinary focus, so that students can make connections across their high school curricular experiences. Denise Burgher, chair of the Community and Church Outreach Committee and a Ph.D. candidate in English, noted that the site “provides a rich and detailed source of 19th-century primary documents which will prove very useful to high school students studying periods of slavery and Reconstruction as well as Civil War and post-Civil War history. For AP classes, which offer an interdisciplinary focus, students will find using the convention minutes as texts for analysis and study of literary conventions and genres superb.”

Burgher connected experiences with the CCP to digital literacy experiences more generally. “For high school students who are accustomed to websites, the exhibits on the site will offer an opportunity to interact with historic material presented in innovative ways which will peak their interest and ideally inspire them to learn how to create their own exhibits. Using the primary documents will also potentially give students the opportunity to connect their local history to a national and international context in the 19th century and into the contemporary moment as the themes and issues which convention delegates and attendees organized about remain relevant.”

CCP graduate researcher Allison Robinson described the important role of one of its core audiences, AP U.S. history classes, in shaping the site’s design. These courses explicitly “seek to teach high school students how to develop their research skills and understandings of the past by engaging with the documents of the past. CCP serves as an invaluable resource for teachers working toward both of these goals. The documents in the database shed light on national conversations among blacks advocating for their own political inclusion, freedom from violence, and legal rights.” Robinson asserted that these documents also speak to questions about students’ own identities as citizens, because they “give students an example of how individuals in the past advocated for themselves while also enriching their understandings of the black political life in the 19th century. This project adds depth to our understanding of American history by including the history of a community that would not be silenced.”

Ethan Barnett, a graduate researcher on the Social Media Committee, advocated for the flexibility of the project. “CCP is a project that is adaptable to all patrons interested in African American history. The project can be adapted to public libraries, community centers, Freedom schools and any other space in which specialized learning is valued or utilized. The structure of CCP is best paired with someone who is familiar with community organizing and digital platforms, but not absolutely necessary. The website has multiple access points that allow users to learn about the conventions through a chronological order, state activity, regional or even biographical figure.”

For educators teaching in community or church settings that aren’t defined by academic goals, Barnett explained that although “our resources are created with intention of collaborating with a college educated audience, we are interested in pairing with communities outside of academic institutions to make the research more accessible to a general audience.” Undergraduate researcher Benét Burton similarly emphasized that with “the accessibility and adaptability of the information CCP provides, teens will be able to engage with these resources easily, without the need of an academic environment. Due to its digital format, CCP can serve as a gateway for teens to be able to access information about African Americans and incorporate their history into their niche interests. These documents allow for teens to be educated about information that may not be taught in their curriculum.”

Public support in many forms has been critical to the program’s success. Special Collections librarian Curtis Small maintained that “access to information is fundamental to the healthy functioning of a democracy. For this reason, the U.S. government makes millions of books and other materials freely available to citizens of the United States and the world.  Public support is absolutely essential to the continued availability of these resources.”

The CCP group also used video and other multimedia resources to reach the broadest audiences possible. Marie Riemerschmid, an undergraduate researcher in the creative projects group recounted how her role as the producer of Colored Conventions Project’s film, “The Importance of the Humanities” impacted her “as someone who is deeply involved in creating content to educate and raise awareness” who works diligently “to be able to provide this information in an accessible and legible manner.” Thanks to the efforts of the CCP team, Riemerschmid was pleased to see a virtuous cycle of exchanges between the project’s developers and its audience who becomes eager to give back useful feedback and labor: “It is important that, as a consumer of knowledge, our audience provides support for our work, which can be done in various ways. It can be as simple as sharing a video from our website or following us on Twitter. Or having conversations with friends and family about our work, or composing a letter to government legislation as to why the digital humanities are crucial to public education.”

Graduate researcher Kelli Coles reflected on how digital literacy practices facilitate many kinds of collaboration. “The ability to work in digital spaces makes collaboration an easy endeavor to achieve amongst contributors. People have the ability to access and edit content for the Colored Conventions Project from anywhere on the University of Delaware campus as well as externally among our teaching partners. The ease of accessibility has liberated content creators from adhering to academic years or semesters.

Academic hierarchies are blurred due to the collaborative, team-focused style of the Colored Conventions Project.”

Barnett echoed the importance of digital literacy to his involvement in the project. “Working with CCP has allowed me to expand my understanding of how digital literacy may change public education. Working on a project that is interested in advancing black history has forced me to think critically about the way the internet is used and who has access to it. Most importantly, it has shown me the limitations of digital learning, realizing that the website can only reach so many people depending on where and how we advertise and who shares our work.”