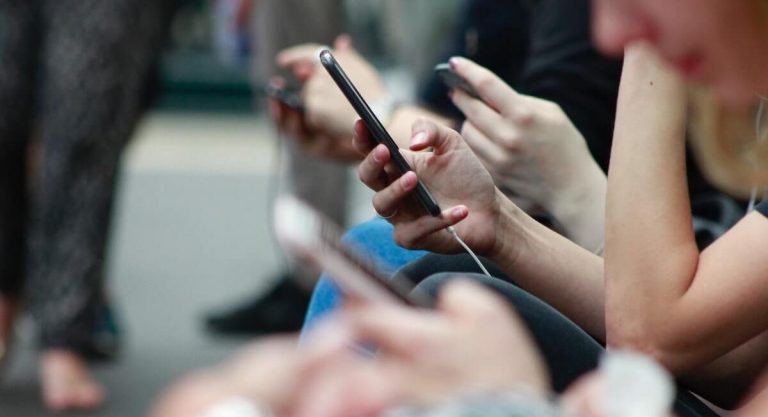 Doom scrolling: “When you keep scrolling through all of your social media feeds, looking for the most recent upsetting news about the latest catastrophe. The amount of time spent doing this is directly proportional to how much worse you’re going to feel after you’re done” – Urban Dictionary.

Hope scrolling: a counter movement and hashtag that’s been gaining traction since Fall 2020

We are five months into 2021, yet we still remain in the throes of the pandemic. Many teens report being more stressed out, having limited social interaction, and increased conflict at home with their parents. In spite of the pandemic’s negative effects on teens, there is some hope. The pandemic has eliminated some stressors in teens’ lives, such as reduced school testing and increased sleep due to reduced commute times.

The pandemic has also raised further awareness of mental health challenges, especially among teens. Central to these conversations is social media, which is cited among the key strategies that teens use to feel more connected. Social media has been so integrated in teens’ daily lives that 85% percent report being on it almost consistently. Despite the negative press that often surrounds it, social media is also where teens flock for some reprieve from world events. Instead of focusing on the doom and gloom of social media, let’s focus on how social media can grow teens in positive ways— including hope.

I have become a “hope scroller” recently. Being on the older side of digital natives, I participated in prehistoric versions of social media such as AOL’s AIM instant messenger and ICQ, Napster, and Limewire.

A lot has changed since my Napster days. Since then, I’ve gotten a PhD and spent a lot of time thinking about screens and learning. For the past year, I’ve been working with the Connected Learning Lab on the Youth Connections for Wellbeing project to better understand how teens use social media to support their mental health and wellbeing.

Can social media be used for good?

Whereas the majority of public discourse and parent concern is focused on the potential negative impacts of digital technology on anxiety, depression, and physical health, some have begun to think about how digital technology can support wellbeing and mental health. A national study of 1,300 teens by Hopelab found that 87% of teens go online for mental health information. Among teens who reported feeling depressed, anxious, or stressed, 47% said social media made them feel neither worse nor better. For the most part, social media does not have as negative an impact on teens who are already feeling depressed, stressed, or anxious as we had previously thought.

One platform in particular, Instagram, has accounts that are designed specifically for supporting mental health and wellbeing. Some accounts feature posts of others’ struggles with mental health (including celebrities @hi_anxiety), uplifting messages to remind teens that they are not alone (@sunnybloominspiration), and quirky drawings that help put these normal feelings into perspective (@lizandmollie). Some accounts are even targeted to groups who are otherwise underrepresented in the space, such as @blackmalementalhealth, an account committed to posting stories about black men’s mental health, and @mynameiswednesday, which targets individuals who identify as non-binary.

In our work, we’ve found that teens report that some of this content “make[s] me happy” and that they “feel seen and understood.” Further findings from the Hopelab study underscore the value of social media to teens—teens reported that social media allowed them to express themselves creatively, get inspiration from others, and feel less alone. This was especially true for teens who reported feeling moderate to severe depressive symptoms.

Are there reasons for parents to be hopeful about their teens’ use of social media?

There are many ways that parents can encourage their teens to use social media in hopeful ways.

As we get further into the new year, many people are looking for reasons to be hopeful. The good news is that many teens are finding reasons for hope online. The digital ecosystem is expanding to include social media accounts and platforms that are supportive of teens’ mental health and need to connect. As such, hope scrolling may be a more accurate characterization of teen’s online behavior than doomscrolling.

Katerina Schenke earned a Ph.D. in Education from UC Irvine in 2015 from the University of California, Irvine. From 2015 to 2016, she completed a Postdoctoral position in quantitative methodology at the University of California, Los Angeles. For 3 years she was a Senior Researcher at CRESST working as a psychometrician for the Smarter Balanced Assessment Consortium and as an evaluator for PBS KIDS to understand the effectiveness of their digital games for learning. She has published over 20 journal articles and book chapters on topics such as digital games, motivation, and evaluations of instructional environments, and has taught courses in statistics, motivation in education, and research methods. She founded an education research consulting firm called Katalyst Methods and has worked with clients such as Facebook, Transforming Education, ISTE, and Connected Learning Lab.