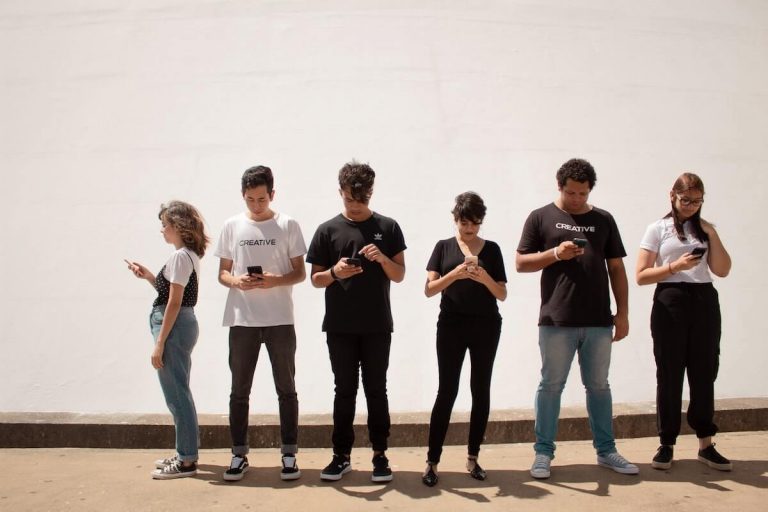 The COVID-19 pandemic has forced our society to pause, reflect, and adapt our previously ingrained thoughts about young people and technology. Discussions over screen time were thrown out when schools moved to distance learning. The question as to whether teens should spend free time socializing via the Internet temporarily diminished as well.

Connected Learning Lab’s report, “Social Media and Youth Wellbeing,” raises many important thoughts for parents, educators, and researchers to consider when it comes to young people and their relationship with social media. These principles apply in normal times as well as socially-challenging times like those in 2020.

As different parts of the world begin to re-open and social structures return to normal, it is a good time to evaluate whether or not young people should continue to spend the same amount of time using social media and the Internet to build and maintain relationships. Here are some aspects of social media that should be considered when making those decisions.

The Connected Learning Lab report highlights the important role that social media has played to help improve the lives of those students whose social marginalization can make them vulnerable to mental health risks.

For example, according to Youth.gov, “suicide is the third leading cause of death among youth ages 15 to 24, and LGBT youth are more likely to attempt suicide than their peers.” Likely reasons that LGBT teens attempt suicide are due to “bias, discrimination, family rejection, and other stressors associated with how they are treated because of their sexual identity or gender identity/expression.”

Social Media as an Asset to Teens

The report “Social Media and Youth Wellbeing” points out that several research studies have shown how social media benefits vulnerable teens, with specific examples within the LGBTQ+ community. Dedicated forums allow young people to connect with each other, and gives a safe place for them for destigmatization and receive emotional support.

LGBTQ+ teens are not the only population to receive a multitude of benefits from social media. Young people from a wide variety of backgrounds and identities have found communities where they can connect with each other.

In “‘Autsome’: Fostering an Autistic Identity in an Online Minecraft Community for Youth with Autism,” Kathryn Ringland showed how teens on the Autism spectrum provided positive support for each other, leading to the “development of positive identities.”

Parents or educators who spend time with teens see first-hand how creative their kids and students can be. Whether creating a viral video on TikTok, or a post that gets re-shared thousands of times, teenagers in the 21st century carry portable production studios with their smartphones and laptops.

In Connected Learning Lab’s report, Dr. Ito, et. al. explained that there are several ways that young people engage with content. One method is through media circulation, where teens create or share content. This is often used by young people as a way to show their support of a specific cause or idea. At the time of publication, the 2020 presidential campaign is taking place. Teens are using this time in history to express their opinions on all sides of the political spectrum as they share their views on race relations, COVID-19, legislation, and more.

Another is by utilizing visibility as a means to boost a message, or to align themselves with a cause. While helping increase awareness and visibility are generally “active” forms of using social media, Connected Learning Lab’s report points out that “passive” forms of scrolling and liking posts is another way teens align themselves with messages.

Providing guidance and peer mentorship is another way that teens create valuable content to benefit each other. Advice or a word of encouragement is only a few clicks away when engaged in forums or other forms of social media. This is particularly valuable for teens who have experienced trauma, as they can receive support from others who may have gone through similar situations.

By using online gatherings such as Reddit, forums, group chats and other social media, teens are able to be in community. Students were engaging in online communities long before COVID-19 forced them into physical distancing. The Internet is full of forums on nearly every topic of interest, where questions may be asked privately without concern over shame, being stigmatized, or embarrassment.

Connected Learning Lab’s report raises important thoughts for parents, educators and researchers to consider about teens and their social media use.

Instead of focusing on the amount of time that our teens spend on social media, it’s time for us to change the conversation to focus on what actually matters.

Young people in the 21st century are much more technologically savvy than previous generations, and as a result have a lot more resources available to them. When parents and educators focus on limiting social media they may instead be removing a teen’s only access to help.