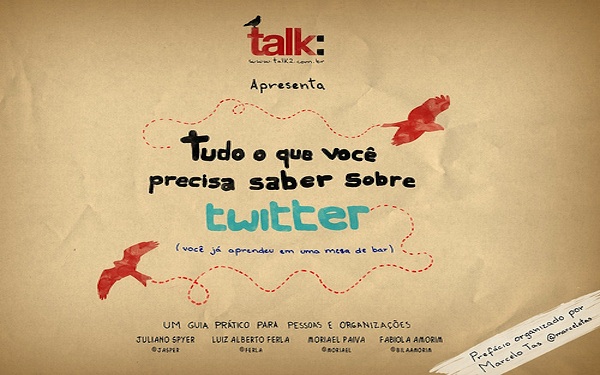 Recent data from Hubspot showed that Twitter’s growth in Brazil is slowing down, but it is definitely in the mainstream population. Its role and its profile have grown, and more and more TV shows, magazines, and other media are using the tool in significant ways.

The recent edition of “Big Brother Brasil” (a reality show where ordinary people are confined to a house under 24-hour camera surveillance – link in Portuguese) is one of the most popular programs in Brazil. It is using Twitter so that the participants can communicate with the outside world. One of the show’s participants was recruited specifically because of the number of Twitter followers she had. Interestingly, one story line is to see who can gather the most followers.

While the pace of Twitter’s growth in Brazil has slowed, a recent study from SemanticHacker (link in Portuguese) showed that Portuguese is the second most popular language on Twitter.  Data published by the blog Latin American Thought also showed that, as of June 2009, Brazil had the fifth-largest number of Twitter users.

My research group and I have been trying to understand Twitter’s appropriations and social practices in Brazil. (My research colleagues are Gabriela Zago  and Jandré Batista.)  Although the number of Brazilian Twitter users doesn’t compare to the number of Orkut users (Orkut has more than 20 million, according to Ibope/Nielsen data from November 2009), Twitter appears to have a richer influence on other types of media. This is probably because the tool has a large number of adopters among Brazilian journalists and media workers.

A survey of 922 Brazilian Twitter users we conducted in the first semester of 2009 showed that 39% worked in Communication. Most of these users also seemed to understand Twitter was an effective place to gather information and news; about 75% considered Twitter to be an “informational” tool. While gathering information was the dominant value, most said they also try to publish information they consider relevant to their followers. Some 63% indicated that they worry about publishing information they believe is going to be interesting to their followers.

During our interviews, we found that Twitter users were concerned about the size and nature of their “followers” or audience, and the quality of the news they are spreading; in other words, they were concerned about their influence. Many actually closely track the number of followers they have and the reach of the information they publish. Some tools have emerged, like Migre.me (Portuguese) and Blablabra (Portuguese), which focus on Portuguese tweets. The tools show which are the most retweeted links. They use these tools to measure their influence in the Twittersphere.

The draw to become an influencer and amass a large number of followers is perhaps the main driver of Twitter’s popularity in Brazil.

However, there is also another sizable group of users whose social practices on Twitter are a bit different. Although these users are less influential than the others, they use the tool to talk with friends and follow celebrities. They like having a form of  “contact” with favorite celebrities and they readily engage in conversations with other fans.

The adoption of Twitter by Brazilian celebrities themselves is another reason why the tool has grown among Brazilians. When interviewing users, especially youth, it was not uncommon for them to acknowledge they joined Twitter because of the hype among celebrities and fans.

These two types of appropriations and social practices don’t account for all of Twitter’s uses in Brazil. However, they seem to be two of the most common practices. When interviewing users who left Twitter, we discovered that many of them leave their accounts simply because they don’t see enough value in the tool. It’s clear that Twitter’s value is related to the amount of time an individual invests in searching for and selecting a network of people to follow.

Another interesting point is Twitter’s usage with cell phones. The tool is easily accessed through cell phones and provides a quick and easy way to share information. In our survey, 34% of surveyed users said they used cell phones to access Twitter. The number of cell phones in Brazil (in Portuguese) has reached the 1 per 1 in many states and is close to that for the whole country. The number of cell phones with data packages is also growing fast. With the popularity of social media in Brazil, this is bound to open up further opportunities for social networking.