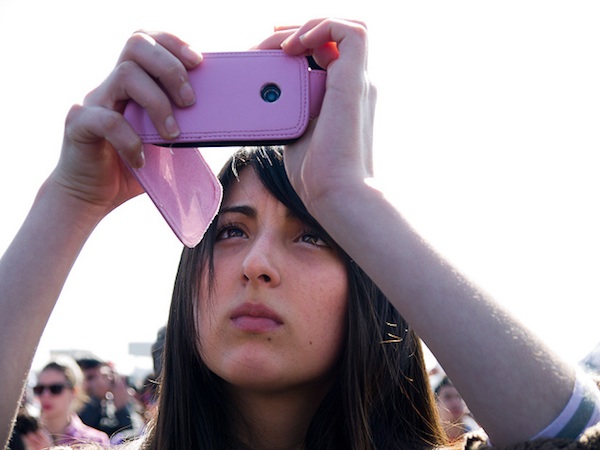 Freedom of speech and social mobilization is new for many countries in Latin America. Most have had closed governments and dictatorships for the last 30 years. However, because of the spread of social media, political action, protests and activism have flourished. In Chile, for example, students have been leading protests demanding educational reform. Reports say more than 400,000 people have gathered in several of these marches. The protests, which have been drawing students to Plaza Italia in Santiago, have been organized with Twitter (for example, the umbrella march, when students protested under the rain and cold), Facebook and YouTube. The protests have gathered so much media attention that Chile’s president, Sebastian Piñera, recently invited Chilean social media users to lunch.

However, real-world public protests are not the only form of cyberactivism attracting media and government attention. Online movements are also having an impact in these countries. One example is “Meganão“(“Big No”), a movement against Internet censorship in Brazil.

Meganao was created by João Carlos Caribé, a Brazilian cyberactivist. He explains: “Meganao was supposed to be a meta movement, a place to gather resources and  to connect movements for Internet freedom.” Meganao created public awareness and debates about several proposed Web-restriction laws being voted on in the Brazilian National Congress. Meganao launched a petition drive against these laws and won the support of several congressmen through a strong presence on social media. The Twitter hashtag for the campaign was #AI5digital, a reference to AI-5, one of the most infamous anti-democratic decrees issued during Brazil’s military dictatorship period.

Caribe says social media in Brazil has amplified the citizen’s voice, which is something completely new. “In the ‘80s we produced a newspaper named ‘Caminhando’ (Walking). The paper took 15 days to be produced, one week more on the table of the director for approval, then it went to the graphics. It took 10 people one month, working every hour, to impact 500 maybe 1,000 people. Today we produce posts in weblogs and have a much wider impact in much less time.”

For Caribe, social networks are spreading new points of view and seeding new discussions. “It is practically impossible to shut out these voices and, because of computer mediation, these messages can be reproduced, remixed and registered,” he says.

Caribe debunks the notion that social media only perpetuates “sofa revolutions” where people don’t actually act on their protests. “Movements such as 15M, the Freedom March, the Different People Barbecue, the Slut Walk and etc — all these movements are led by a very well informed youth using the network as a way to show their beliefs.”

Still, cyberactivism in Brazil faces numerous challenges. One key issue is the inequality of access, especially in the more rural northern areas.

Meanwhile, Meganao recently won the Frida Award, which recognizes projects that contribute significantly to the use of the Internet as a catalyst for change in Latin America and the Caribbean in the category, “Freedoms.”