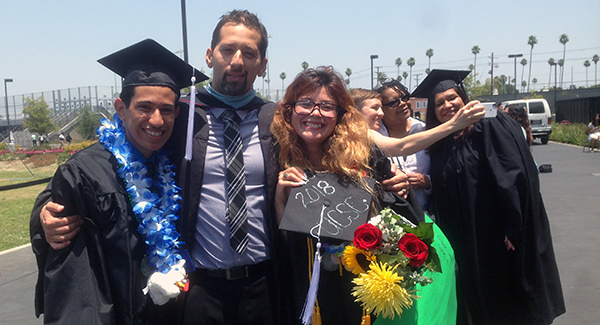 The past few weeks have yielded the sleepy grumbles of students, parents, and teachers alike as the school year begins anew.

In preparing for my own school year, and the dozens of future teachers I’ll be learning with over the year, I was struck by the kinds of innovations that my colleagues are engaged in all across the country.

While a question the DML community must revisit throughout the year, I am starting my year off by asking myself: What are the key principles for integrating digital media, connected learning, and fun within a school year?

A Conversation About the Critical Design and Gaming School

I used the start of the new school year as an opportunity to speak with my friend/long-time nemesis Mark Gomez about the work that he and a group of educators in South Central Los Angeles have been engaged in.

As a grassroots effort, a group of teachers, parents, and community members developed and opened three new public schools in Los Angeles a few years ago. Sharing a campus, these schools are collectively known as the Schools for Community Action.

Of particular interest to the Digital Media and Learning community is the Critical Design and Gaming School (C:/DAGS). Built around principles of gaming, design and critical pedagogy, the school’s models of gaming and exploration are responsive to the needs and interests of the local, South Central community. Since opening quietly in 2012, C:/DAGS has been finding ways to offer culturally supportive curriculum that innovates in the spaces of academic, community and cultural need within the school’s community.

Last spring, C:/DAGS (and the two sister schools it shares its campus with) graduated its first class of seniors. Reflecting on how the school has grown from a vision to a movement, Mark wrote on his blog about the “resilience” of the teachers, students and community at the school. In this context, the nature of play and a mindset of design that are foundational for C:/DAGS frame Connected Learning principles as a social imperative. Thinking of the historically underprivileged youth that Mark and his co-teachers work with, iterating with Scratch and designing collaborative narratives are about unlocking equitable opportunities.

Take a few minutes to hear about the powerful work happening at C:/DAGS:

As Mark notes, for teachers at CDAGS, game design can sometimes be as seemingly simple as scavenger hunts and phone-supported video documentation. Creating a school like C:/DAGS isn’t about high-tech gadgetry — it is about dispositions of play. Sure, Mark and other teachers can point to the exciting learning that can emerge when collaborating across customized platforms such as their iterations of Community Planit. However, even those examples are grounded in the contexts and needs of the community.

South Central and the Contexts for Play

This introductory video was the beginning of a lengthy game played by C:/DAGS students last year. What I’m struck by in the video is the introduction of South Central Los Angeles as an “energetic” space to these students. The students offer candid labels of a place that is both “beautiful” and, sometimes, “dangerous.” Indeed, the history of South Central is one plagued with challenges (so much so that the city of Los Angeles has tried to change the name to “South Los Angeles” in the past to eradicate the stereotypes of the city).

Looking at the video, you see youth as active, playful, and questioning. These are not merely the digital geeks that are often associated with today’s generation of students. These are real students who like to be outside, playing music, understanding the physical world they live in. As a DML field, let’s not lose sight of them.

What I appreciate from talking with Mark and many other colleagues at C:/DAGS and its partnership schools are the ways innovation meets the pragmatism of everyday school life in the second biggest district in the country. Despite operating on a standard LAUSD budget, the school flourishes with powerful opportunities that respond to the needs of its students. As your school year launches, how will you meet the pragmatic needs of the non-idealized students in front of you?