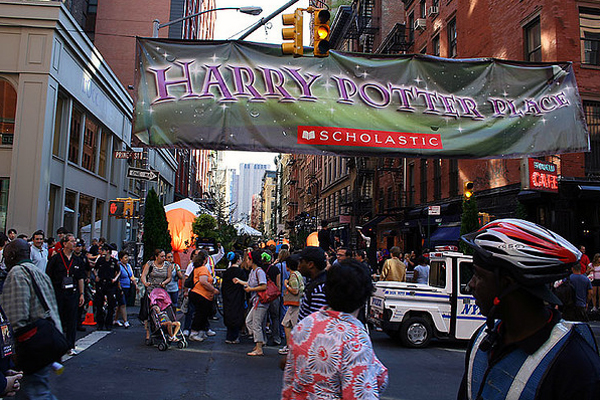 Two weeks ago, the Internet squabbled in the hoopla that resulted from author J.K. Rowling’s admission that she thought her titular character Harry Potter should have ended up with know-it-all sidekick, Hermione. Fans took sides and passionately filled Tumblr and Facebook screeds defending or lambasting Rowling’s statements. And while academics are possibly a (slightly) more reserved bunch than Hogwarts wannabes, a similar uproar could be heard this past week.

On Sunday, Nicholas Kristoff published a column in the New York Times, “Professors, We Need You!” In discussing the ways that “Ph.D. programs have fostered a culture that glorifies arcane unintelligibility,” Kristoff’s column has ignited debate in the various listserves and Facebook groups where I occasionally stay apprised of my colleagues’ work in the fields of literacy and education. Much like the Harry/Hermione blowout, professors are staunchly taking on stances that resonate around issues of knowledge and ownership. Whereas YA fiction fans debated an ongoing dialogue of who owns Harry Potter, professors are fiercely discussing to whom their work belongs. Does a small, devoted journal-reading audience hold more “value” than the ways research can act as a fulcrum for public good?

As I looked at one particular response to this work, I was struck by the observations Greg McVerry, assistant professor at Southern Connecticut State University, was making in several online exchanges. Through a very casual set of analytic inquiries, McVerry looked at how “impact” through blogging appears to outweigh the top-tier journals within the field of literacy research. I talked to McVerry about this work and encourage you to view our dialogue below as an invitation to continue this discussion. In particular, we are interested–as we note in the second half of the video–in how the discussion of the purpose of academic research can be funneled through a lens of connected learning.

Re-watching the conversation above, I’m reminded of two things:

1— I desperately need a haircut.
2 — As a newish (two-years in) professor, my responsibilities need to look in several directions.


Disregarding that first point (it’s come to the point where my partner may take a pair of shears to my scalp while I’m sleeping), I reflect on how my time over the week often is spent. In addition to teaching, large chunks of my days are spent typing, revising, editing, and (re-)submitting research to peer-reviewed journals. At the same time, I spend much more time in conversations, working with schools and local community organizations, and doing what I’m doing now: blogging and engaging in public dialogue. Much of this latter “stuff” won’t be what will ultimately decide if I get tenure down the road. However, it is the work that I feel is the responsibility of being in a privileged position of academia. Particularly in light of how my time is spent in comparison to the financial challenges of a constantly growing contingent academic labor force, I find it hard to justify writing about research that name drops Russian and French critical theory that is accessible only to those in my field. Instead, I find that research that is accessible and purposeful — particularly with the avenues of publishing that are afforded to researchers like McVerry and myself only a few clicks away — is a mandate that should be felt within academic spaces.