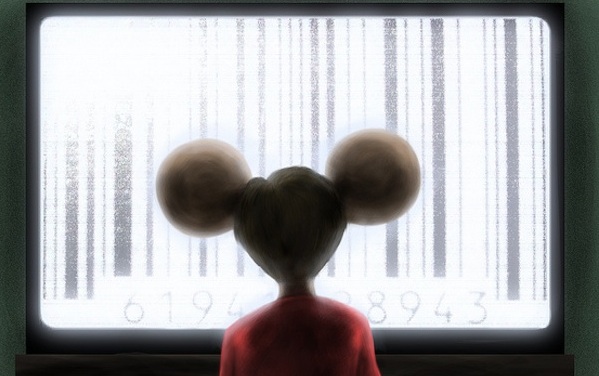 A central concern of media education has been to empower young people with the ability to question, analyze, critique and deconstruct messages they encounter in media. But in a global remix culture, the power and relevance of critique itself may be due for critique. Critique is retrospective: it turns its attention on artifacts and texts that have already been produced and exist in the world in a relatively stable form. It also assumes a separation between the producer of media, and its consumer – a separation that is called into question by the increasing ease with which amateurs can use digital media to create and share their own media artifacts.

Fears about the undue influence of popular media texts have followed the recent explosion of digital media available to young people – echoing similar fears that accompanied the rise of television, film and the Victorian novel. Recently, for example, fears have been articulated about the way in which media images may lead girls and women to see themselves as failing to live up to unrealistic, unattainable and often inappropriate feminine ideals and of the consumerisation of children’s lives, with children perceived as less resilient than adults to persuasive modern media messages. Asking questions of media texts about whose viewpoint is represented, whose interests does it serve, what kinds of “normality” are shown, what is omitted or concealed, etc, are intended to give young people the tools and resources to resist being positioned by media. As such, a critical approach to media literacy questions the power of those who produce media texts and images and aims to give agency back to the media consumer. These questions of power and agency are central to an approach to digital media and learning that has issues of social justice at its heart.

In A Rip, Mix, and Burn World, the Limits and Perils of Critique

But in work for the Beyond Current Horizons project, Gunther Kress argues that contemporary conditions call not so much for taking a critical stance towards media, but an approach of re-design. Rather than analysing and deconstructing media artefacts, re-design draws on notions of “rip, mix and burn” in which young people appropriate the digital media texts and resources around them, arrange them into new configurations with new meanings, and share these widely amongst their networks. Re-design acknowledges that the “consumer” of media can also be its author. Rather than just deconstructing and critiquing in order to resist the ways that we are influenced and positioned by media, we are able to create and circulate new, alternative messages and meanings, even imbuing existing media texts with very different meanings through a process of editing and juxtaposition. Texts, in this view, are resources to be mined for the creation of new meanings, dramatically recasting issues of authenticity and authorship, and making questions  such as “where did this come from?” or “who is the original author” less pertinent. In education, this focuses attention on the learners’ own texts and meanings, rather than on a media text under analysis.

By constructing new, alternative and even subversive meanings, the process of re-design perhaps offers even greater opportunities for agency and expression than that of critique (ie, the embedded video shown here).

By promoting the use of critique to reveal how apparently “naturalised” facts are, in fact, socially constructed and contested, theorist Bruno Latour is concerned that we are in danger of failing to recognise and respond to real, objective facts. By encouraging people to question and become suspicious of everything that people say because they cannot help but be driven by particular personal motives, an overemphasis on critique opens the door to a world in which all arguments are immediately disbelieved and conspiracy theories appear more truthful than the mundane reality. While critique helps us uncover hidden interests and agendas, it is not so useful at helping us propose alternatives. An approach of re-design, on the other hand, is about constructing new ideas, artefacts and approaches – it is a forward-facing, proactive stance that does not just review others’ work but makes its own contribution.

But we need to beware of using terms like agency too glibly. Exerting a meaningful sense of agency takes more than uploading a video to YouTube.

Who has the opportunities to really engage in such a process of re-design, and is this really something that is available to all young people? While the boundaries between producers and consumers can be said to be less distinct than they have been in the past, there are still sharp differences between a teenager with some basic editing software in a bedroom or school and a team of well-paid media professionals with access to sophisticated technologies and global distribution channels, which go a long way to shape whose messages and meanings gain currency. While we can point to examples of media created by young amateurs that have become widely circulated, this is still an exception rather than the norm.

While there are many examples of young people taking elements of media texts and re-using and re-purposing them to incorporate them into new meanings, many are not presenting alternatives but simply adopting the values and messages inherent in the original media. Viral marketing strategies show how effectively this can work: providing downloadable, customisable and shareable videos, games and music that people want to adopt, display and send to their friends means that marketing messages get distributed directly via peer networks and incorporated into personal social networking profiles as markers of identity. Many examples of re-design seem to lack even an implicit level of critique: questions are not asked about the meanings in the media texts that are being appropriated, and so re-design becomes simply a unreflective repackaging of someone else’s set of meanings.

There are also pressures on young people not to “rock the boat.” Conscious of a precarious labor market, and the importance of networking in order to get prestigious work in the media industry, some young people I’ve encountered in my research give considerable thought to presenting their online identities and creative outputs in ways that are explicitly designed to fit in with, rather than critique, mainstream media. Re-design then becomes not an appropriation of media texts to create alternative and new meanings, but a demonstration of the ability to work within the established system.

If we are to return to the aims of media education to empower young people to question and resist the ways that media describe the world, the question we need to ask is: how we can reinstate those important elements of criticality within an approach of re-design?