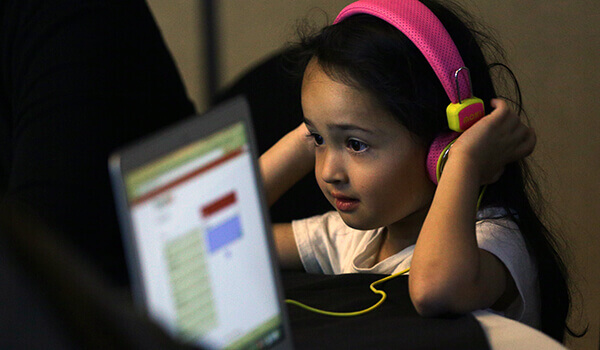 Does connected learning — particularly in disadvantaged communities and for underrepresented youth — work? The answer is important to students, educators, and parents. It’s also of great interest to institutions such as the MacArthur Foundation, which has a multi-decade commitment to improving educational outcomes.

After years of granting millions of dollars to schools, the foundation started a broad initiative that was based not strictly on educational institutions, but also on the extra-curricular learning environments that were emerging as more and more young people became immersed in digital media: “In 2004, we decided to consider alternative paths. Instead of focusing on schools and school districts, we turned our attention to how young people were learning outside school. Digital media and the Internet seemed to be sparking new ways of creating, sharing and organizing knowledge. We decided to investigate this topic. Site visits, a literature review and modest exploratory grants suggested that it would be a promising area to work in. In June 2005, the MacArthur Foundation Board established Digital Media and Learning as a new grant making area, which launched in 2006.”

In addition to grant making and community building, the digital media and learning effort has always included an extensive research component. After thousands of interviews and years of data-gathering, the results are beginning to show that connected learning principles do, in fact, improve learning outcomes — particularly in the case of non-dominant youth.

Richard Arum, recently named Dean of UC Irvine’s School of Education, also is a research sociologist who has been the principal investigator in an extensive five-year study of whether and how connected learning principles work in practice. During the 2016 Digital Media and Learning Conference, held in October 2016, Arum talked about “Connecting Youth: Lessons from Five Years of Mixed Method DML Research”:

“…lessons learned from five years of mixed method fieldwork documenting a set of technologically-enhanced, educational interventions funded by the John D. and Catherine T. MacArthur Foundation. The initiative was advanced based on the assumption that technologically-enhanced informal educational opportunities could potentially address challenges associated with the structural relationship between social background, including neighborhood context, and educational and occupational opportunities. Progressive pedagogical approaches enhanced by new forms of digital technology were argued to be capable of improving outcomes of disadvantaged youth. The initiatives centered on schools, after-school enrichment programs and drop-in centers in Chicago and New York City. Over time, the programs in particular adopted a pedagogical model, Connected Learning, which stresses the importance of engaging under-resourced, non-dominant youth in ways that help them connect segments of their learning ecologies that are traditionally disconnected: interests, peer relationships, and opportunity. We present findings on positive outcomes associated with connected learning practices as well as opportunities and challenges around connected youth programming.”