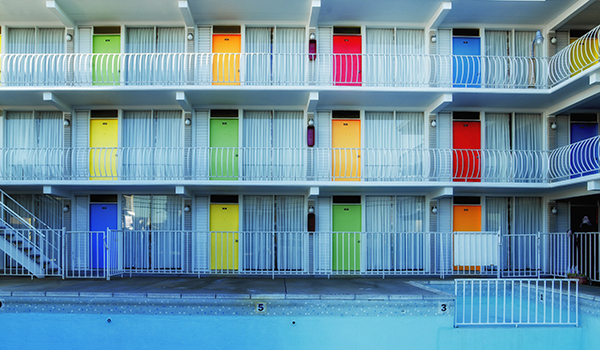 I have a dear friend who entered graduate studies in my department a bit after I’d started. I will call him Sam. Sam was different. He was one of the few other people who was not white in my program. He was not American. He was not straight. And his home country was a place where all of these things together posed a risk for him, which is why he’d come to the United States in the first place.

He and I formed a coalition of brown people, and would spend lots of time talking about navigating the sometimes hostile environment of graduate school. He had another barrier though: language. He was fluent in English and was a good writer, but, his mother tongue had more words that better translated what he was trying to say. But, no one in our department spoke his mother tongue, and anything he produced would need to be in English to count. Still, Sam had things he desperately needed to communicate, so he found a way. He created amazing digital sound and moving image scapes. Some were designed for him to dance with, others were designed for an audience to watch alone or in groups. I remember the feeling I had the first time I experienced one of his creations. In three minutes, all those things Sam struggled to find the words to express were alive, moving on the screen, and in turn, moving those who were watching, or maybe, witnessing his in-depth thoughts and reflections. Despite the quality of his work, Sam found that very few people were able to understand it as scholarship. After a year of desperately trying to find a place where his work made sense, he left the program.

There are many risks to learning. I’ve talked about the risk in terms of student data and privacy, and the need for students to be literate in what it means to engage in connected learning. I’d like to switch gears, though, to talk about a different type of risk. Being in learning spaces of all kinds is a particularly vulnerable position for both the students and the instructor. However, some people are at more risk than others. Things like gender, race, ethnicity, ability, sexuality, class, etc. are all brought into learning spaces, even connected ones.

For a long time, we’ve heard the oft quoted early Internet meme – “On the internet, no one knows you’re a dog” — usually accompanied with a photo of a dog at a computer screen. I think we’ve come to the point where we accept that though that is the case, it does not capture the virtual experience. I always found this problematic because even if the people on the other side of the screen don’t realize a dog is on the other side, the dog still comes to the Internet with all of the social baggage that goes along with being a dog.

This social baggage is something we should be keeping in mind when we ask learners to join us on connected learning journeys. I would like to say that on the Internet, if we choose to connect pseudonymously or anonymously, even if others don’t know that we are who we are, we do, and that is something that has to be taken into consideration. While there is a value in letting people engage in learning pseudonymously or anonymously in digital learning, having some checks in place to ensure that all students are able to engage safely with minimal risk of abuse is just as important.

As much as we want to believe that we don’t carry the baggage of our offline identities with us into the online world, we often do. Additionally, differential levels of access means that even though we have these amazing tools to aid in learning, not everyone will be able to use them equally. Power relations, politics, and ideology are part of society and help construct who learners are and how they culturally belong to the various places we might consider to be learning institutions, from family, to peers, to schooling. It seems that one of the biggest determinants of how safe a learner feels in these places is their ability to reflect sameness and minimize difference. This is easier for some than others. Attempting to use online tools and connected learning to ameliorate some of these difference is the responsibility of those who lead learning activities, and it’s something that has to be built in by design. Even something as small as needing to have regular connection to the Internet can provide multiple barriers that might be overlooked. Additionally, when you have multiple people, especially in environments where they are not easily identified or where they are interacting with a larger social world, the potential exposure to things outside of the scope of learning might be pulled in. That is something that can, and should be prepared for whenever possible.

One of the easy ways to do this with digital media, not just as a learning tool, but as an environment where learning and knowledge come into being is to move beyond text-based communication and into some of the other digital affordances such as sound and image (both still and moving). The idea that thinking is best reflected through the practice of writing is sort of a dominant ideology. We can see the ways this is built into the digital system when we think about how Internet search works most efficiently: through words. Words work. I am using words now to communicate my thoughts to you, but it has never been the only way we learn or share knowledge.

As children, early books are often picture books. As the book technology advanced, some picture books with textures and sounds to go along with what is being conveyed through the image. I can’t help but wonder what it would look like if we thought of digital knowledge and connected learning through these more playful models from childhood. If we did this, I wonder if some of the people normally on the margins would feel like they could connect to learning, too. Had we never lost the picture book through age and complex sentences, and thought of the Internet as an extension of the picture book or the soundscape of learning nursery rhymes instead of a textual space, maybe more people like Sam would find their unique learning voice and feel comfortable and empowered to share as something meaningful.