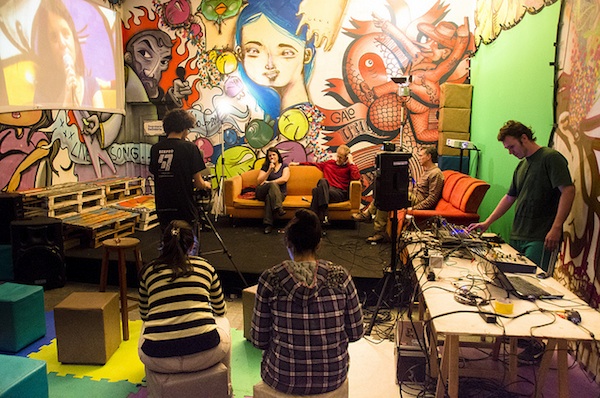 Today Brazilian President Dilma Rousseff vetoed several parts of a controversial forest bill that had been approved by Brazil’s Congress and promoted by powerful agricultural interests. Until today, it was unclear how President Rousseff would decide and she did not opt for a full veto, which is what environmentalists had pushed for. But in recent weeks millions of Brazilians protested the bill, both online and offline. Given today’s actions by President Rousseff, this is a situation and outcome comparable to the online campaign mounted against the controversial SOPA legislation in the U.S. that was also backed by powerful industry interests.

The proposed legislation in Brazil would have revised the country’s Forest Code, which regulates how much and what kind of land should be preserved as native habitat, and how much can be cleared away for farming and ranching. Deforestation in Brazil is a polemical issue. The Brazilian population followed the political debate closely. Spurred by NGOs, millions of people took to the internet and social media to ask for a veto and to share their indignation with others.

The proposed legislation was approved by the Brazilian parliament on April 26, which set up President Rousseff’s decision today. Among the legislation’s most controversial provisions was that it would have provided amnesty for landowners who had illegally cleared forests. It also would have allowed new areas of deforestation, including in protected areas such as the Amazon. NGOs and environmental specialists had said the new code would be “catastrophic” and a major step back for the 20 year-long effort to fight for the Amazon.

NGOs started using social media to create awareness of the bill last year. Through several protests (including #florestafazadiferenca — “forests make a difference,” in Portuguese), they used artists and politicians to mobilize the public and to discuss specific sections of the law. NGOs started a movement aimed at the president “Veta Dilma” (“Dilma, Veto”). The movement started as #vetadilma, a hashtag that quickly made into Twitter Trending Topics in the country. However, to avoid Twitter’s spam policy, the movement changed the hashtag several times (for example, to #vetatudodilma (“Dilma, veto everything”), #dilmavetatudo, #vetatudodilmavez and others. Facebook also has been a central point of action, with several pages and communities (some with thousands of “likes” and “shares”). Also through creative memes and images such as one using the character Spock from the television and film series, “Star Trek,” users  asked “President Dilma” to veto the bill.

Just this week several thousand people used social media to organize protests in many cities across Brazil appealing directly to the president to use her veto power. The movement also gained the support of several famous artists in the country, such as Camila Pitanga (a Brazilian actress who interrupted a formal political ceremony when ex-Brazilian president Lula was receiving an honorary doctoral degree to ask Dilma — also present — to veto the legislation), Wagner Moura (actor famous for the movie Elite Squad) and Chico Bento, a well-known child character drawn by Mauricio de Sousa (one of the most famous comic artists in Brazil). Also, hacker groups, including Anonymous, joined the protest movement using social media and by threatening a strong reaction if the bill was approved.

The movement is considered by many to be a “social media phenomenon” — it mobilized millions of people and fanned debate. It was a massive response, especially for the Twitter-based #vetadilma movement and a petition with more than 1.8 million signatures delivered to the president. There is more to come. Environmentalists had campaigned for a total veto of the bill. So the president’s partial veto will have to be analyzed. And, the revised articles will now be sent back to Congress for another vote.