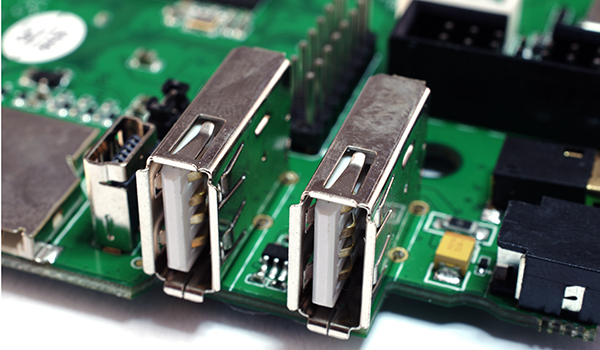 In the UK, the last year or so has seen a massive proliferation of interest in digital education right across the spectrum of the public, private and civil society sectors. Digital education has now become the focus for a cross-sector “network” of interests and concerns, and, as a result, is now becoming “governmentalized” as a seriously political business. The consequence of this network of interest is the production of a shared vision of the digital future of society that digital education is to play a part in making into an attainable reality.

In February 2015, a cross-party committee from the UK House of Lords published a report entitled “Make or Break: The UK’s Digital Future.” Described as a “call to action” for the incoming government after the UK general election in May 2015, the report was premised on the assumption that “the world is being transformed by a series of profound technological changes dominated by digital — a ‘second machine age.’ ” Based on an extensive review of evidence on the growth of technologies such as Big Data, 3D printing, robotics, artificial intelligence, cybersecurity and gaming in the UK’s digital sector, the report concludes that “digital skills (the skills needed to interact with digital technologies) are now necessary life skills.”

As a result, the report’s recommendations include much stronger governmental attention to digital education:

Digital technology will also challenge traditional methods of delivering education, meaning schools and teachers will have to adapt. New models of learning — such as increased online learning and employer-designed short courses — need to keep pace with evolving technology and digital change. Changing demands from firms, consumers, students and communities mean that apprenticeships, vocational qualifications and degrees need to deliver more general — and also specific — digital capabilities. Adults need more opportunities to learn throughout their lives to adjust to a world changing in ways as yet unknown. Education needs a greater emphasis on providing every citizen with adaptable digital skills.

In particular, the report emphasizes the need to “future-proof” young people for an increasingly digitized era. It recommends a stronger emphasis on, for example, “digital education that fosters creativity and innovation, providing students with the opportunity to test and experiment with technology.” It draws specifically here on the language of “digital making,” as well as emphasizing the upskilling of “digital workers” to support the government’s industrial strategy, and praises the recent introduction by the existing UK Government of a new “computing curriculum” that focuses on learning to code, programming and computer science concepts.

The House of Lords report is certainly not the only political publication focusing on the implications of the digital for the future of education. The UK Digital Task Force published its findings in 2014 in a report entitled “Digital Skills for Tomorrow’s World.” It emphasized the need for education to attend to the need of “digital citizens,” “digital makers” and “digital workers,” and argued that the “digital challenge for schools” is to ensure all three groups are sufficiently educated for their digital future. Again, it identified the new computing curriculum as a key opportunity to develop digital skills.

These reports from the centre of UK political power do not, however, merely reflect governmental aspirations. They are, instead, the result of an intensive period of networking among organizations and actors from across party political divides, commercial industry, the public sector, and civil society. Just to elaborate on how both reports described above focus on “digital makers,” learning to code and the computing curriculum, it is really notable that this has been a growing movement in the UK for at least five years. It has been the subject of various documents produced by campaigning organizations such as Computing at School and learned societies such as the Royal Society, as well as the focus of major international commercial computing companies, Google and Microsoft among them. One of the key organizations promoting this movement is Nesta, an innovation lab that actively works in the area of digital education. Nesta has published numerous reports detailing the need to support young digital makers, the computing curriculum and the learning to code agenda, and, with the Nominet Trust and Mozilla Foundation launched Make Things Do Stuff as a national campaign to promote digital making.

The BBC, the UK’s publicly-funded broadcaster, has also launched a massive nationwide campaign, called Make It Digital, that aims “to inspire a new generation to get creative with coding, programming and digital technology.” The campaign includes a range of broadcast and online activities, as well as partnership with many learning to code organizations, and has notably committed to the distribution of a small coding device called a Micro Bit to a million schoolchildren starting secondary school in September 2015:

The Micro Bit will be a small, wearable device with an LED display that children can programme in a number of ways. It will be a standalone, entry-level coding device that allows children to pick it up, plug it into a computer and start creating with it immediately. It is designed to be a starting point to get younger children interesting in coding so they can move onto other, more complex devices in future.

A year previously, similar aspirations around coding and making were shared by the Year of Code campaign, a government-back initiative that was set up and run by a group of entrepreneurial venture capitalists to build the programming capacity required by UK businesses. The interest in coding, programming and making is, therefore, becoming shared across completely different sectors of society and the economy. While Make Things Do Stuff, Make It Digital and Year of Code are by no means all synonymous, there is clear overlap in their ideas and shared commitment to particular aspirations between them. It is this shared set of ideas and aspirations that are now becoming the subject of political thinking.

What we see emerging from this mixture of governmental, entrepreneurial, commercial and civil society organizations is something like a shared and stable digital imagination of the future of society itself. The sociologist of science and technology Sheila Jasanoff has influentially conceptualized the idea of a “sociotechnical imaginary.” A sociotechnical imaginary is a collectively held, institutionally stabilized, and publicly performed vision of a desirable future for society that can be made attainable through the design of technological projects.

All of the above publications and reports might then be seen as contributing to a shared and stabilized sociotechnical imaginary of the future of a highly digitized society. But, while an imaginary is in many ways just a vision of a desirable future of society, it also possesses some power to make such a future attainable. Through the specification and prescription of particular technical projects and initiatives by those authorities and experts that support and promote it, an imaginary can become operationalized to help achieve a particular social reality.

So, we can see projects such as Make Things Do Stuff and Make It Digital as operationalized instantiations and publicly performed enactments of a shared vision of the digital future, one in which young people in particular are targeted as the potential digital citizens, workers and makers who will inhabit it, and, in fact, “make” that desirable future an attainable reality.

Political committees and taskforces are now actively selecting from these projects and programs to derive specific prescriptions for the digitized future of society, the economy, and citizen participation. The governmental imagination that can be traced from reports like “Make or Break” and “Digital Skills for Tomorrow’s World” is, therefore, the end product of a network of diverse interests that have slowly coalesced into a shared concern and aspiration.

The point here is a blunt one: as the digital world has become governmentalized as a political concern over the future, young people are being positioned as the “makers” who will materialize it. The BBC’s Micro Bit, for example, can be understood as a technical device that crystalizes these aspirations, and that seeks to operationalize an imagined future directly through the pedagogic practices of schools and the everyday experiences of the young. Education is, in this sense, becoming recognized as the space in which the digital future of society itself might be made. The “Make or Break” report, “Digital Skills for Tomorrow’s World,” Make Things Do Stuff, Make it Digital, Year of Code, and more, represent a shared sociotechnical imaginary for making a digital society for the future. Young people are being positioned to learn to code the digital world — but, a digital future which has already been stabilized and prefigured for them in advance through the governmental imagination.

Critics of digital media have described how digital devices are often designed to “lock-in” users by tethering them to particular services or platforms. The governmental imagination represents a sociotechnical lock-in to a particular way of envisaging the digital future, tethering them like a USB port to a powerfully delimited vision of the social and technical organization of society itself.