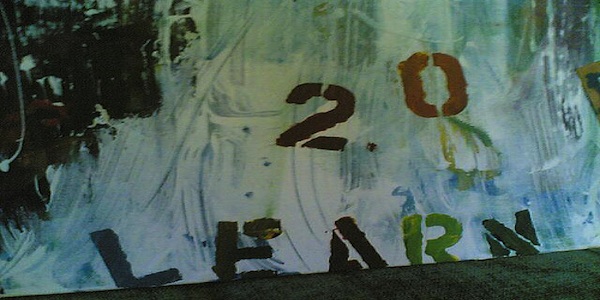 Often the emphasis in Digital Media and Learning is on K-12 education, and so social computing practices in higher education frequently receive less attention from researchers.  A recently released five-year Mellon Foundation study on “Assessing the Future Landscape of Scholarly Communication,” analyzed data from 160 interviewees in seven academic fields (and included data from an additional five disciplines from the research planning phase).  The work spanned 45, mostly elite, research institutions, and ultimately concluded that not much has changed in faculty attitudes about where, and in what media, they publish scholarly articles and books, despite the perceptions of other instructional technologists that there have been radical transformations in digital reading and writing practices in the general population.

A much narrower 2001 study on “Tenure and Promotion Cases for Composition Faculty Who Work with Technology” had already shown that faculty members who work with technology often suffer in the tenure and promotion process because they “publish in unfamiliar journals or emerging digital venues that can accommodate their work,” and they produce “new-media texts, hypertexts, software, CDs, visual arguments and narratives” that are difficult for senior members of a department to evaluate.

Almost a decade later, “Assessing the Future Landscape of Scholarly Communication” suggests that, to no one’s surprise, younger scholars still care about advancing their careers. To this end, and despite the ubiquitous use of a variety of new technologies for many research and teaching activities, they continue to follow the archival publishing practices of their mentors and senior colleagues: they publish articles and books in the most prestigious peer reviewed outlets possible.  The entry into the academy of the so-called “digital generation” (a blanket generalization that many already dispute) has changed relatively little in how contemporary scholarship is finally disseminated and validated.

Frank Language in the Mellon Report and from Its Lead Researcher

The Future Landscape report puts these conclusions bluntly: “We found no evidence to suggest that ‘tech-savvy’ young graduate students, postdoctoral scholars, or assistant professors are bypassing traditional publishing practices. In fact, as arguably the most vulnerable populations in the scholarly community, one would expect them to hew to the norms of their chosen discipline, and they do.”  As the report’s Principal Investigator, anthropologist Diane Harley explained in remarks to readers of the DML blog, “young scholars don’t just show up in grad school as black boxes; there is significant self-selection and socialization prior to and during undergraduate work.”

For Harley, this unique population of learners and scholars has good reason not to be interested in keeping up with an “ever-changing world of publishing gadgets or constantly exposing their ideas in real time” when it is at the expense of core research priorities and fears of having ideas stolen.  Devoting valuable time to the labor demands of “providing more and more public content,” particularly if apprentice academics are part of a “tournament culture in highly competitive institutions, it just isn’t practical for busy scholars of any age,” especially since “everyone is suffering substantial information overload.” Although researchers interviewed faculty from seven fields — archaeology, astrophysics, biology, economics, history, music, and political science — the final report showed that “advice given to pre-tenure scholars was quite consistent across all fields: focus on publishing in the right venues and avoid spending too much time on public engagement, committee work, writing op-ed pieces, developing websites, blogging, and other nontraditional forms of electronic dissemination (including courseware), until after you have achieved tenure.”  As the report put it, “we caution against assumptions that ‘millennials’ will change the social landscape of scholarship by virtue of their facility with cell phones and social networking sites.”

Many Types of Social Media and Many Contexts of Production

The report indicated that blogging was seen as a neutral activity (or counterproductive, if it was done at the expense of traditional publishing) for academics when it came to career advancement in higher education.  Because blogs were not peer reviewed, they were “generally viewed as a waste of time.”  According to Harley, even reading blogs can be perceived as a “time sink.”  However, she also asserted that it was important to recognize the range of self-publishing activities that academics might take part in, which might be difficult to treat reductively as a single genre.  “Blogging.  What do we mean by that?  Is it maintaining a running commentary on some academic topic that you are considered an expert and raconteur in? Commenting on the news in some fields? A public service organ connecting volunteers? Maintaining a more sophisticated version of a listserv with announcements? A gossip sheet? A way to get your personal yayas and exhibitionist tendencies out? Facebook posts? Twitter?”

She also noted that “higher education” comes in many forms and is comprised of many stakeholders, because “options available to students can range from cosmetology colleges to liberal arts colleges to for-profits to research universities.”  In many ways there is much more variety in higher education than in K-12 education, so Harley insists that it is difficult to speak definitively about what digital media and learning means to adult students as individuals who are, for better or worse,  often seeking degrees and certificates as a way to get jobs.

Studying Movements and Change Rather Than Advocating for Them

Harley explained how her report is intended to foster more meaningful digital media and learning experiences in higher education by exposing both the wishful thinking of would-be reformers and the reasons that institutional constraints came into existence in the first place.  For her, the “hopes and dreams for a new world order created by Web 2.0” will inevitably be balanced not only by “disciplinary culture and tradition,” but also by an “individual’s imperative to advance his or her career and field.”

Harley described herself not as a pessimist, but as someone who values and does “rigorous empirical work.”  Although she might “challenge the punditry that calls for, or predicts, a dismantling of the higher education system as we know it,” she also expressed her hope that “new media can help a new generation communicate effectively and engagingly, especially with the written word.”  However, she reminded her audience that for digital pedagogy to be effective on college campuses, “faculty values and their significant disciplinary experience will be key in many ways. They will need to be honored in the conversation — rather than dismissed as Luddites — if they don’t buy-in entirely to digital utopian dreams.”