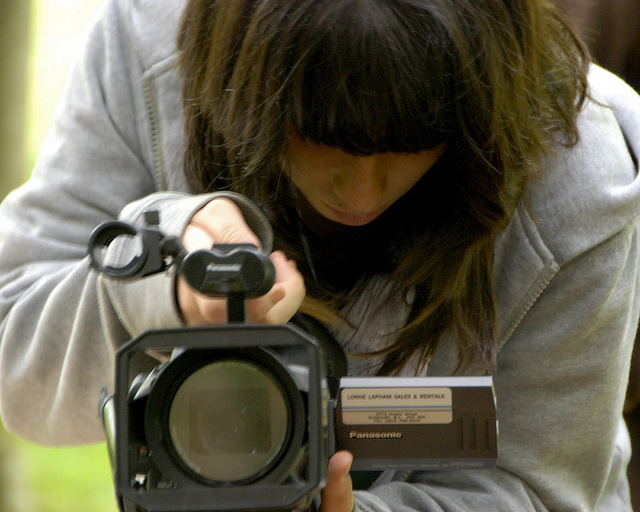 A few months ago, I interviewed a former high school teacher and asked him what his hope was for the digital media and learning community in 2013. His answer: to push for a stronger focus on schools. “Students are in schools from 8:00 am to 3:00 pm everyday. Think about how much time that is. Do we want students to get more of the same, or should we give them a transformational education for the 21st century?”

For an entire school year, Alexander Cho and a group of researchers immersed themselves in the trenches of a majority-minority high school in Austin, Texas, looking to unearth the possibilities of connected learning in a school setting. He and his fellow researchers worked with 18 teens who were enrolled in video production and video game design classes at the high school. According to Cho, a doctoral candidate in the Department of Radio-TV-Film at the University of Texas, Austin, students who had typically resisted formal education came alive when given digital media in these informal spaces. Cho used the 2012 DML Summer Institute as an opportunity to reflect on his time spent at the high school, presenting key insights and takeaways from the project to fellow participants. In the video below, he closely examines the challenge young people face when turning their interests in digital media into real-world achievement.

A lot of time and money has been spent throwing technology and media at under-resourced schools. What does that mean for these kids’ futures? Now they all think they want to be digital media designers and creators, but it’s one thing to do that in high school and have some of those resources, but it’s quite another to actually become a video game developer. There are a lot of cultural and social capitals that need to be developed that aren’t necessarily happening in this space.

Something that is sound-bitable and repeatable is, “Yes, there are all these kids and they are so disadvantaged. Oh, poor them!” But, in fact,…these kids have amazing amounts of ingenuity and can deal with the circumstances at hand in these kind of amazing and fascinating and lovely ways that you never would have predicted.

One of the strengths of ethnographic and qualitative work is that you go and spend a lot of time — we’ve been there for a whole school year and will probably be there for another school year — and you get these kinds of nuances and details and these quotidian moments that end up probably being more important than a “policy.”

One of the fundamental assertions of our project is that connected learning will always take place. Informally, that is how kids learn — through sociality.