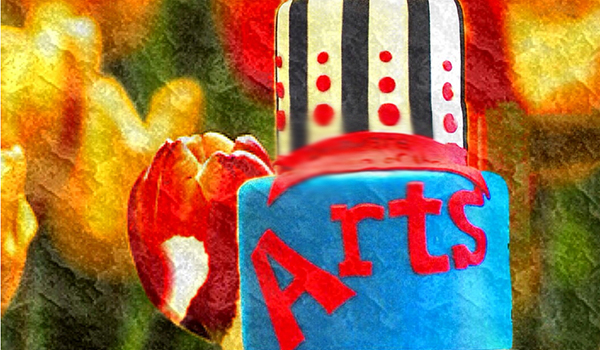 With the arts potentially on the federal funding chopping block, Americans for the Arts Action Fund has mobilized to heighten awareness of the benefits provided by the arts. It has released the below infographic, spelling out the value of the arts to jobs and the economy, and announced various civic engagement actions. Among the infographic highlights: 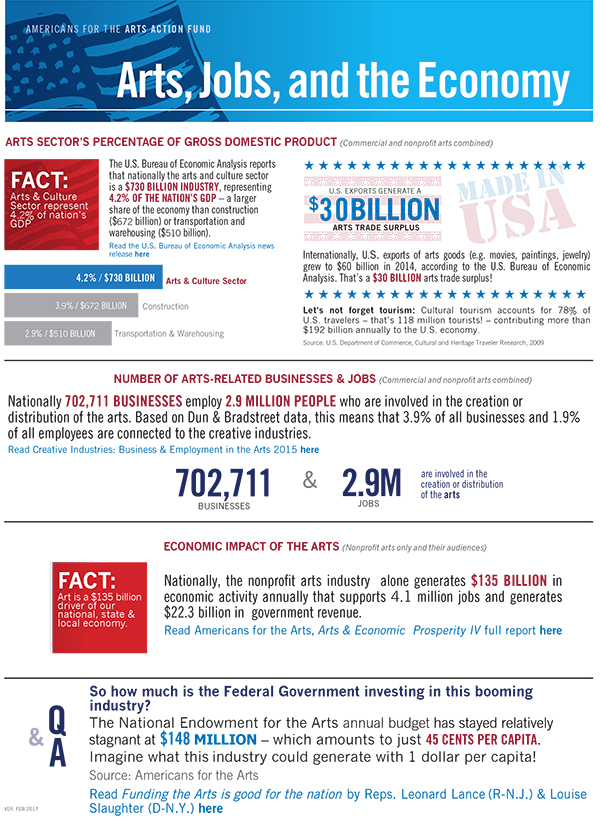 As the National Endowment for the Arts and the National Endowment for the Humanities marked their 50th anniversary in 2015, Congress members Leonard Lance (R-New Jersey) and Louise Slaughter (D-New York) wrote in The Hill: “it is time to correct a long-standing misconception that has infected the political debate on funding for the arts: that it is a waste of taxpayer money.”

But, the benefits go beyond dollars.

“Students with an education rich in the arts show lower dropout rates and higher test scores,” Lance and Slaughter wrote. “Data from The College Board show that students with four years of arts education score about 100 points higher on the SAT. Students at Voice Charter School in Queens, N.Y., a school that mandates a rigorous focus on the musical arts, beat New York City averages on math and English exams, and this performance is attributed largely to the arts.”

Moreover, the Congress members point to career and social benefits provided by the arts. “Reports by the Conference Board show that creativity is among the top five applied skills sought by business leaders. … Studies link a high concentration of the arts in a city to higher civic engagement, more social cohesion, higher child welfare, lower crime and lower poverty rates. What’s more, arts therapy has been used for healing with veterans suffering from Post-Traumatic Stress Disorder. Not only does this help our returning heroes recover, it helps their caregivers too.”

In an email sent this week to supporters of the Americans for the Arts Action Fund, its executive director Nina Ozlu Tunceli provides mobilization tips, including resources and opportunities to advocate for the arts. She notes that more than 35,000 people have signed an online petition, calling on President Donald Trump to support the arts. The organization will present an arts advocacy conference March 20-21 in Washington D.C.

“If you’re pro-jobs, then you’re pro-arts too,” Tunceli emphasized. “This month, the U.S. Bureau of Economic Analysis released updated economic numbers on how the arts has grown to a $730 billion industry. This represents 4.2 percent of the nation’s GDP — a larger share of the economy than transportation, tourism, and agriculture — and directly employs 4.8 million people.”