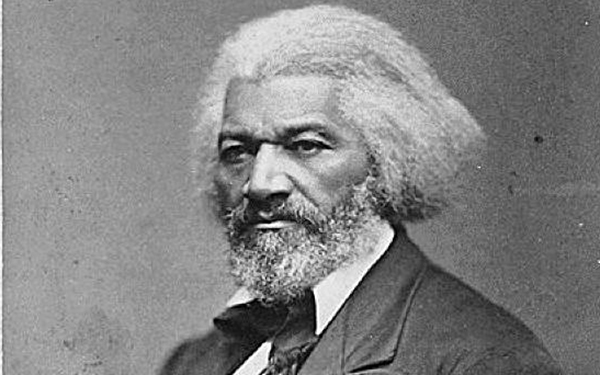 Have you seen the Frederick Douglass memes all over social media? They mostly take aim at President Donald J. Trump for his brief comment on the first day of Black History Month this year. “Frederick Douglass is an example of somebody who’s done an amazing job, that is being recognized more and more, I notice,” Trump said, leading people to speculate whether the president knows who Douglass was.

Douglass, the civil rights icon who escaped slavery and fought for human rights until his death in 1895, has been trending on Twitter and other sites as people keep posting the mainly satirical memes and tweets. But, many also are calling for greater awareness and education about the famous author, orator and feminist hero.

He's being recognized more and more, so read up on #FrederickDouglass and the amazing job he's done https://t.co/qNZ1Q1mHTW pic.twitter.com/Ri3bgFYqJz

Listed below are a few digital resources where you can learn all about him.

This month next year will mark the 200th anniversary of Douglass’ birth and his descendants will be publishing the Bicentennial Edition of Narrative of the Life of Frederick Douglass, An American Slave; giving this hard cover book to a million young people in schools, churches, clubs and detention centers as part of their One Million Abolitionists project; and creating a national Frederick Douglass curriculum for elementary and secondary schools as well as colleges, among other things.