Gun control, immigration, education, abortion and police brutality are among the top issues that young people care about and want President-elect Donald J. Trump to care about, too.

As part of the Letters to the Next President 2.0 project, students, ranging in age from 13 to 18, from across the country wrote letters expressing their views on myriad issues. Nearly 12,000 letters were penned online. The following are  a few excerpts:

“Gun violence across America has been getting progressively worse, and something needs to be done in attempt to resolve this crisis. Given the violent world we live in, you’d assume we’d have done something by now in attempt to solve the issue, and while measures have been taken, what we really need are stricter gun control laws. — Mae from Connecticut

“When it comes to gun control more screening will not help, because you can be a sane, responsible gun owner with a family and a good job, then the next day, you start a mass shooting. The reason for starting a mass shooting is not the gun’s fault; the blame lies with what triggered the madman that lives within each of us to start firing. The only way to stop a madman and protect ourselves is with a gun; without guns we are left defenseless. We need to be able to fight back!” — Timothy from Iowa

“No human is illegal. Leading our nation means being a leader of the world, and as such, you have an obligation to think of every person, citizen or not.” — Destiny from Tennessee

“A large part of student success is the availability of information and opportunities. In our world today, this is provided through technology. The amount of technology provided for students to learn is directly proportional to the success of the students. According to US News, $68 million are spent by our government on education in one year. This may seem like a prodigious amount, but if you consider the fact that there are 50.4 million students enrolled in public schools, 3.1 million full time teachers, and numerous amounts of substitute teachers, administrators, and other district employees, the funding issue really comes into view. After paying the salaries of the employees, which by the way is less than it should be, little money is left for students. This lack of funding results in less opportunities for students. In conclusion, it is evident that a larger focus needs to be had on education. Education should be a priority of our government, and more money should be granted toward schools.”  — Linh from California

Letters to the Next President originally was created by the National Writing Project with support from Google during the 2008 US Presidential Campaign. KQED and the NWP partnered to host the project this year. Young people, their teachers and mentors were invited to participate, and their letters were collected and published through election day. Read more about the project in Mia Zamora’s blog post.

By featuring the letters online, anyone can read them and find out what issues are most important to young people, said Christina Cantrill, associate director of national programs for the National Writing Project. “This is real connected learning in action.”

She said the project now is closed to new registrations but turns its focus on amplifying the issues and work shared by the youth. The goal is to give young people a voice through public writing, and to support the mission of schools to engage youth as productive and active citizens. 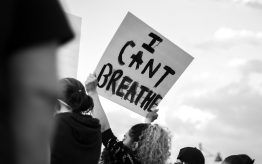 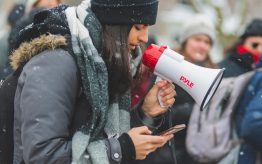