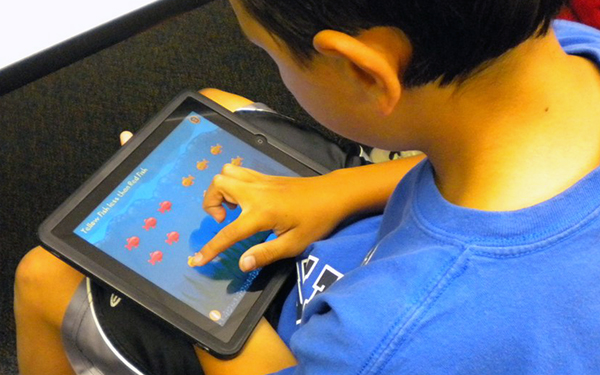 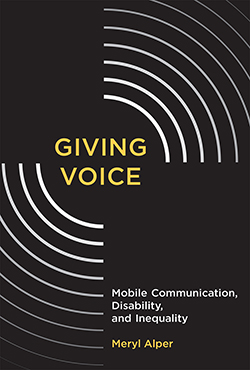 “It has Biblical origins, is foundational to journalism, and often describes technologies like civic media and open data,” she notes. “But, I’m looking at voice not just metaphorically (as self-expression and agency), but also alongside the more literal sense (oral vocalization). The popular press, as well as tech companies like Apple and Microsoft, have historically used the phrase to characterize non-speaking and minimally speaking individuals with disabilities (and youth in particular) as ‘the voiceless’ who are ‘given voice’ through devices that produce synthetic speech output (such as the one that physicist Stephen Hawking uses).”

In “Giving Voice,” Alper, assistant professor of communication studies at Northeastern University and a faculty associate at the Berkman Klein Center for Internet and Society at Harvard University, examines how “giving voice to the voiceless” is about functionality and the capabilities of the technology, as well as about empowerment and agency. She asks: 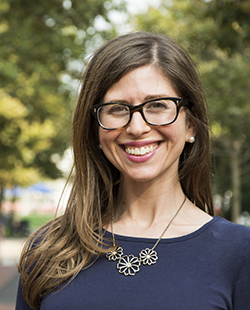 Alper spent 16 months studying how kids, ages 3-13, with developmental disabilities such as autism and cerebral palsy, and their families made sense of technological tools — an Apple iPad and a popular assistive communication app called Proloquo2Go — in their everyday life.

“I found that though these technologies have the potential to help individuals feel known in the world, they also introduce new forms of inequality along class, race, gender, and ethnic lines,” she argues. “Technological interventions to include people with disabilities in society rarely account for all the other ways that culture, law, policy, and even technology itself can marginalize and exclude. Basically, when people adopt technologies that are expected to ‘give voice,’ they often get a lot more than they bargained for. Instead of thinking about technologies as ‘giving voice to the voiceless,’ we need to ‘keep voices attached to people.’ ”

In 2010, iPads were the hot new gadget. “Over the years, talk about its use among kids and families has been largely reduced to the same negative stories: screen time rules, technology tearing us apart, internet addiction, etc.,” Alper says. “I’m all for productive technology criticism, but I felt that these narratives were going about it the wrong way — without looking at more kinds of families, more ways of seeing the object, and more complex relationships among bodies, spaces, infrastructures, and institutions.”

Her book prompts readers to “be a bit more skeptical and, hopefully, curious about claims that technological advancement automatically leads to the advancement of disabled people,” she adds. “Sure, technology can be tremendously beneficial, but it isn’t inevitable. Some of those assumptions are based on the idea that disability means something is broken, and technology alone is the ultimate fix — beliefs which are ultimately rooted in internalized or externalized ableism, pity, and the charity model of disability.”

Disability should matter to people whether they consider themselves disabled or not, Alper emphasizes. “I personally do not identify as having a disability, and I am also a white, cis, straight, upper-middle class woman. I am sensitive to the power inherent in interpreting and sharing the experiences of others through my analytic lens. I also believe that disability is central to the human experience though, despite structures that systematically isolate and remove people with disabilities from the center of society — and some of those individuals more so than others due to issues such as racism, misogyny, xenophobia, and homophobia.”

Looking more critically at the role of technology in the lives of youth with developmental disabilities, she says, “can help us better think through the social, cultural, and political implications of voice and voicelessness in technology, society, and democracy more broadly — and the need to ‘keep voices attached to people’ instead of abstracting them away.”